By Luke Beardsworth July 2021 No Comments

Luke Beardsworth talks about his six-year journey playing through Telltale’s The Walking Dead series, starting at his bleak studio flat in Birmingham and finishing in the modern day – taking three different consoles to complete it.

To talk about how I went from a young man obsessed with online gaming to someone utterly gripped by a game that could be described as a really long, interactive cutscene, I probably need to give you some context.

In 2014, I left my home Preston for the first time. I’d been lucky enough to be able to stay at home while I studied at university – but then, I was even more fortunate to get a job at the Birmingham Mail soon after graduating. This came with some sacrifices, not least finding somewhere to live in an afternoon on a drive down from Preston. Family and friends had to take a backseat for a while, but nobody could prepare me for the loss of Reliable Internet.

My dad always loved online gaming – but even his reflexes are a bit slow for modern-day FPS games – and from the age of nine, I was getting stuck into Team Fortress Classic, Counter-Strike, Quake and other internet shooters. Then followed the release of the Xbox 360, and a run on Gears of War that left my GCSEs a distant second in the priority list. The end of my moody teenager phase sort of helped me fall back in love with FIFA, before I racked up around 2,000 hours playing The Lord of the Rings Online.

While it doesn’t sound like I’m telling you anything particularly groundbreaking about my life with any of my choices, it turned out that my young gaming years basically relied on one important thing: other people. 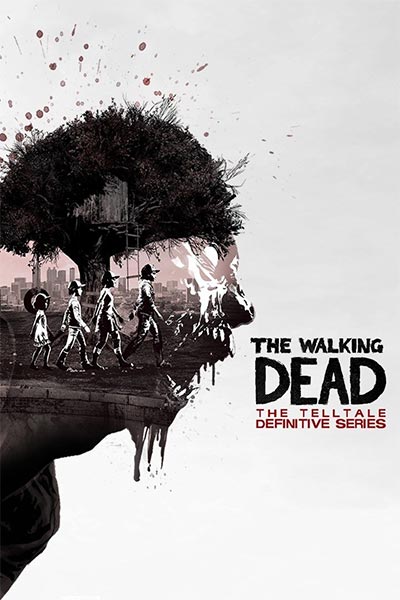 When Reliable Internet disappeared, I stopped playing games for a while, and I sold my Xbox One. My first year in Birmingham didn’t leave much time for console gaming, but 2015 saw me move about five minutes down the road. It was a much more grim abode: a terraced house converted into five en-suite rooms – essentially a student home – complete with a rat problem that nobody wanted to sort out.

I needed to get stuck into gaming again, but the internet in my life had gone from buzzing to unreliable to “might give me an electric shock in a matter of months”. Single-player beckoned: enter The Walking Dead: A Telltale Games Series.

The Walking Dead games aren’t difficult. They’re the perfect game for a mentally-drained-living-in-a-shit-tip young man to be playing. I also didn’t really know anything about the TV series, or the comics, and still don’t – apart from that bloke with a crossbow. Still, they were engrossing and took what Heavy Rain did in such a flawed manner and ironed it out into something that made you care deeply about the characters involved.

The brilliance of the series is found primarily through the protagonist Clementine. It’s very rare you see a character in gaming, in any setting, grow up in such detail and seemingly through the decisions you actually made.

The first series maintained the glowing critical reception but largely served as a scene-setting exercise for her wider story. You played the first series as convicted criminal Lee Everett and at the end – if you’ve got any sense – you shot him in the head before he turned into a zombie. 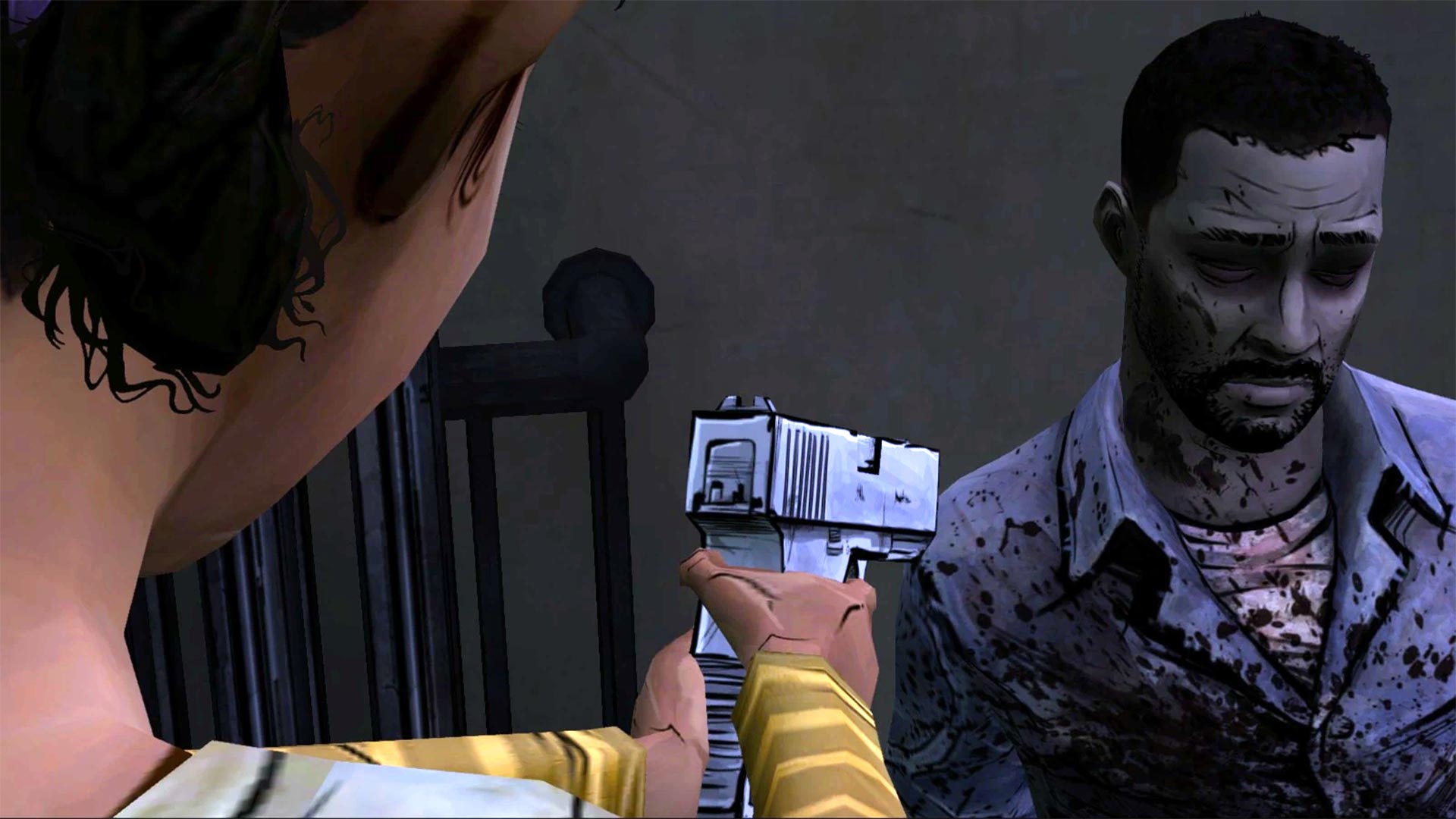 That plot point is regularly touted as one of the most affecting in gaming, but it’s a reflection on how well the tailored story aspects can work, even though you have less control than you might originally think. Still, it’s not what got me.

Like Lee, I was here for Clementine. The Walking Dead’s second series saw you truly take control of her as a playable character, and I found a reunion with a series-one, missing-presumed-dead character (and their slow descent into dickheadery) to be far more moving.

Once again, my gaming was interrupted by life. Six years passed without me really burying myself into gaming again. Part of this was the return of Reliable Internet; I was away with work; I also moved to a new city, which was exciting for exactly one year. Eventually, I was able to pick up the story, three years after its creator Telltale had ceased to exist.

I returned to play The Walking Dead: A New Frontier in June 2021, and it came as a surprise when I saw it received mixed reviews. In further tribute to how much those original games had affected me, I came into season three, and a new playable character, with one focus: Clementine must live. Even the editor of this site described her as “delightfully unlikeable”, but then again, he’d probably say the same about me. 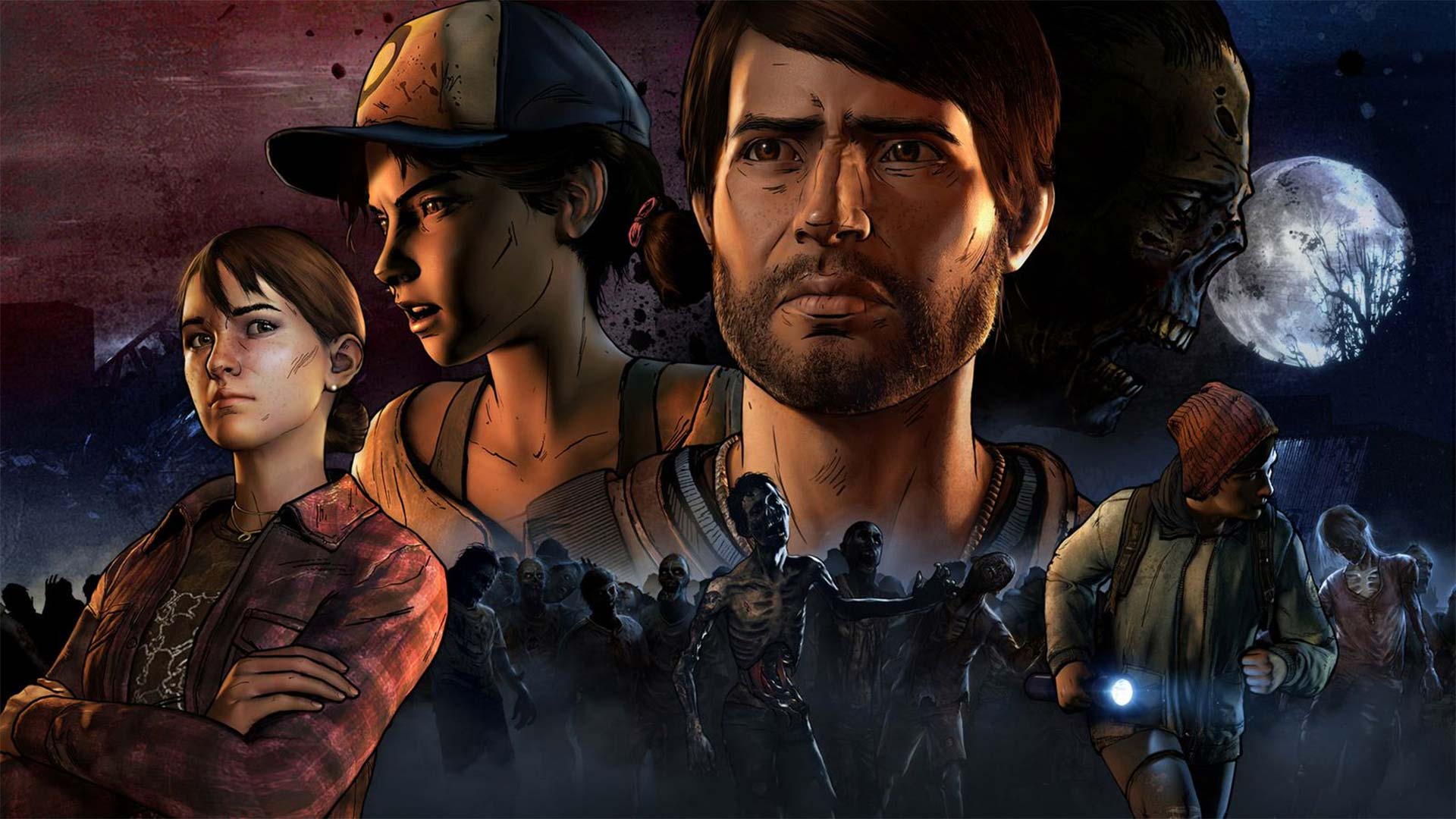 But series four is the one that truly got to me, and it proved to be the culmination of that period of playing video games. Like its development, my enjoyment of gaming was interrupted, inconsistent and fractured.

The Walking Dead: The Final Season mimics the first in that you have to teach someone young about the world. This time, the once again playable Clementine is the teacher instead of the child… even though she’s still a child. We’re supposed to care about that relationship, but I cared more about Clementine’s girlfriend Violet, and the fact my decisions when teaching Clementine’s dependant about the dangerous world around him would directly lead to Violet’s death.

Six years of playing a series, across three different consoles, and all I had to show for it was my favourite character being used for zombie vol-au-vents. Grim. I hate kids. 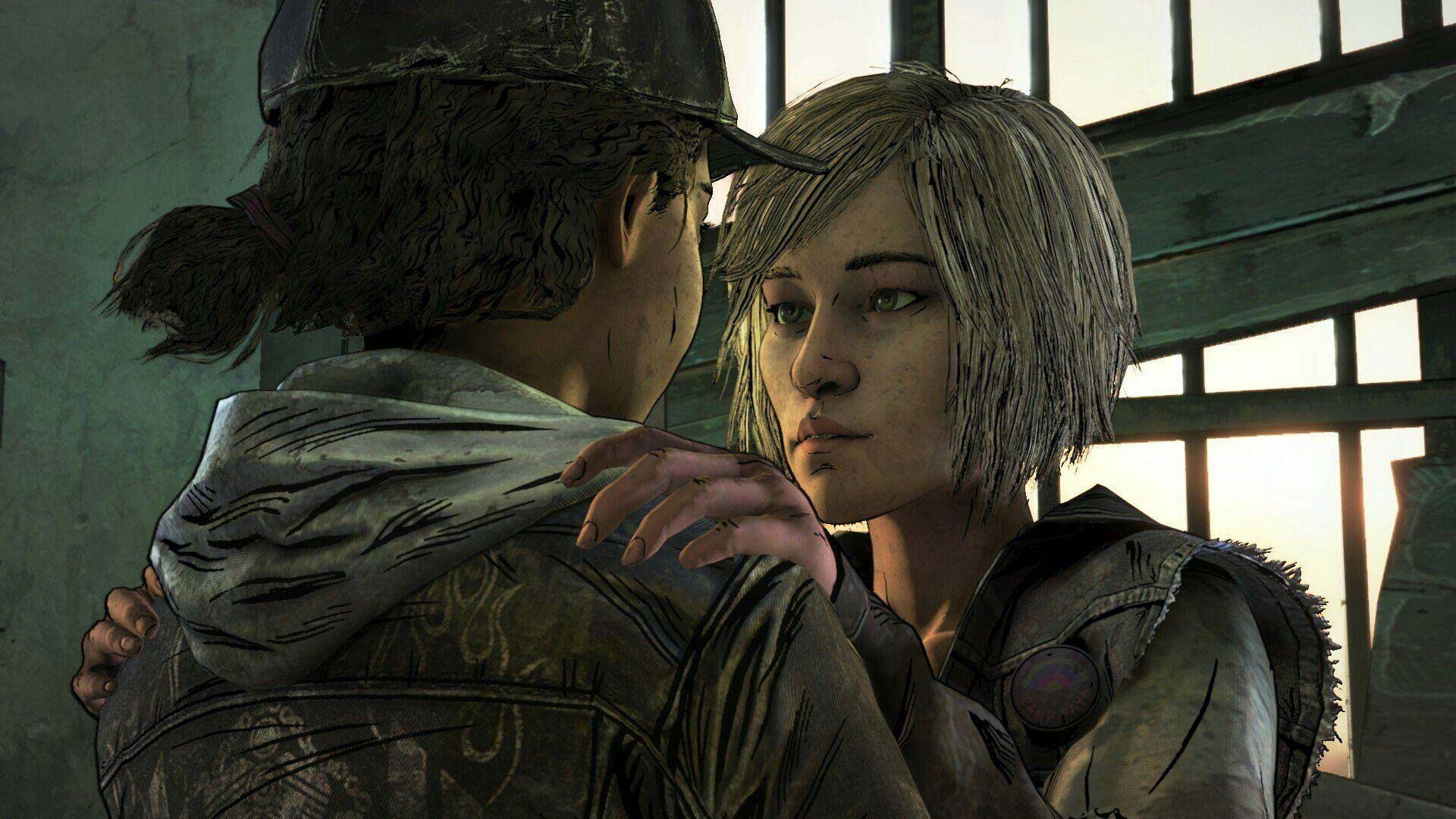 You have the option to go back and play it a different way, and these games should probably be inherently replayable. I’ve taken the view that this would cheapen the experience, even if my last experience of it is bittersweet to the point that I felt the need to write about video games for, well, the first time ever.

What Telltale’s The Walking Dead did was make me fall back in love with single-player gaming in ways that games that aren’t The Legend of Zelda: Breath of the Wild (or Planet Coaster, in fairness) struggle to do. It moved me more effectively than pure films or game plots tend to do, leaving a lasting impression that hooked me at separate and very different points in my life.

I’ll probably never go back and go through Clementine’s journey again – but if you haven’t done it yourself, now’s a good time. Look after Violet better than I did, though.

The Walking Dead is powerful and moving, and has created one of the most memorable characters in gaming; its art style means it’s unlikely to age badly, unlike your kid in the final season.