James Dawson’s introduction to PlayStation classic Tekken 3 was a direct result of his absolute lack of morality.

Everyone has those moments from their past that, when remembered, make them wince. When I think about how I once dated a girl for six months longer than I should have – just because she let me take her PlayStation to university with me – I feel like a horrible person. However, I also remember that I spent those six months playing Tekken 3, and I’d do it all over again.

Despite my teachers’ insistence that my lackadaisical attitude to school work would doom me to failure, I got the grades I needed to start a physics degree at Nottingham University. I’d also started my first long-term relationship with a girl. She was in the year below me at sixth form – a drunken hook-up at the local sports club, where everyone we knew had their 18th birthdays – and this soon transformed into a casual relationship for several months before I started my new life in the East Midlands.

In the days and weeks after our initial spark, we met up a few times. We shared similar tastes in music, and she seemed really cool, but my mum didn’t really care for her; she’d watch us like a hawk whenever my girlfriend came round to our house. On the other hand, my girlfriend’s parents were much more relaxed about the things that teenagers inevitably got up to, so she was keen for me to visit her house instead. After learning she had a TV with a PlayStation in her room – as well as a “door is closed, don’t bother us” attitude towards supervision – I was, too. 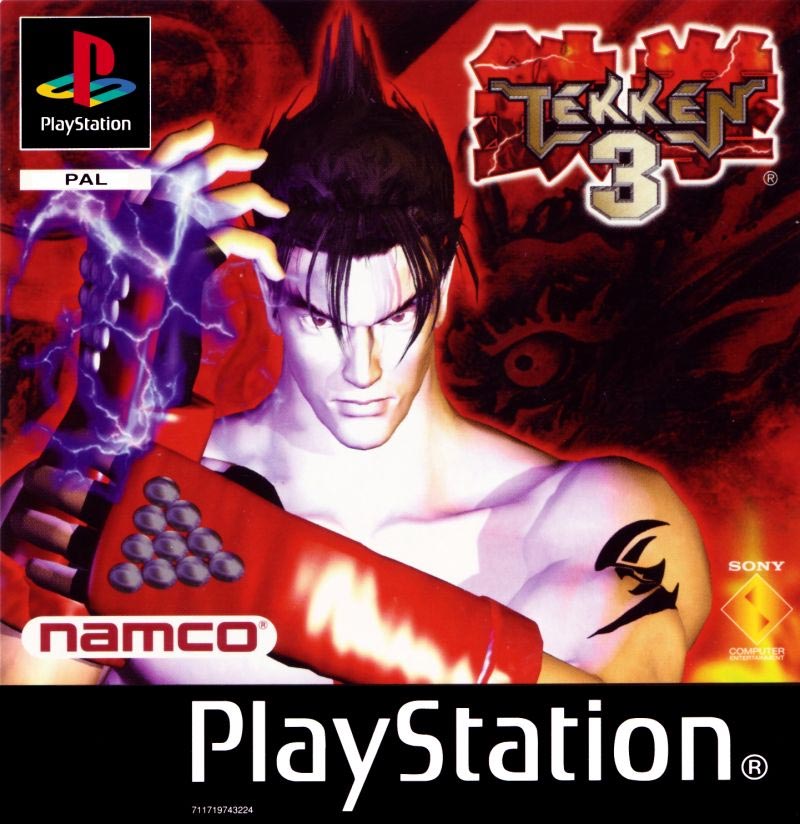 I was a terrible boyfriend. I’d often just sit playing games while she tried to get me to talk about feelings, the latest metal bands, or how cool it was that her goth friend slept in a coffin. Thankfully for her, the games collection she’d amassed was a bit shit, meaning there were only a couple of platformers and a few demo discs for me to ignore her with. There was also only one controller, so we couldn’t play together, and I was too awed by the console to even consider taking turns.

When I was accepted into university, and despite my regular neglect of her, my girlfriend very kindly offered to let me take her PlayStation with me – she knew how much I adored it. Early into my uni life, a lad called Rich who was also on my course and lived in the room opposite me; had a PlayStation as well, and he let me borrow Tekken 3. This would take up all my free time for half a year.

Tekken 3 was far superior to any demo disc experience, or even the copy of Wipeout I’d bought, which never really grabbed my attention. I started off by playing Arcade Mode with every character available, unlocking more and more of the insane gallery of fighters to enjoy. This was regularly interrupted by my mates, who would see I was playing and would jump in, leading to loads of impromptu corridor championships on Versus Mode.

I was near unbeatable as Yoshimitsu – I’d actually bothered to learn his move set. There was one particular Yoshimitsu stance – Flea – which saw him jumping around on the hilt of his sword, which I got a lot of perfects with, all the while shouting “THE FLEA!” repeatedly at my fallen opponents.

It was the most annoying way possible to win, but when my friends got wise to it, I adapted – I’d switch to the Deathcopter and follow up with an Oni Kick. I could also get Yoshimitsu to regenerate health by having him sit cross-legged on the floor for Indian Stance Healing, moving his sword up and down to make him look like he was pleasuring himself. Yoshimitsu always sounded like he was doing that anyway, thanks to his truly bizarre soundboard, so this was a great taunt to whoever I’d just laid out with a power attack.

I also memorably scored a KO with Bryan Fury’s heavy-hitting Meteor Smash while wearing skin-tight snakeskin pants, naked from the waist up. You could see it being telegraphed from a mile off, but I still managed to land it on a lad called Paul, much to his chagrin.

I would’ve said I was the best player in my halls of residence, had it not for a lad from Bangkok called Boyd, who invited himself in and absolutely destroyed me. Not only that – he did it playing as Panda, Ling Xiaoyu’s bodyguard, and the alternate skin for Kuma. He really was on another level with that game; despite having very limited English, he managed to explain just how much time he’d spent playing Tekken 3 in just a couple of bouts. 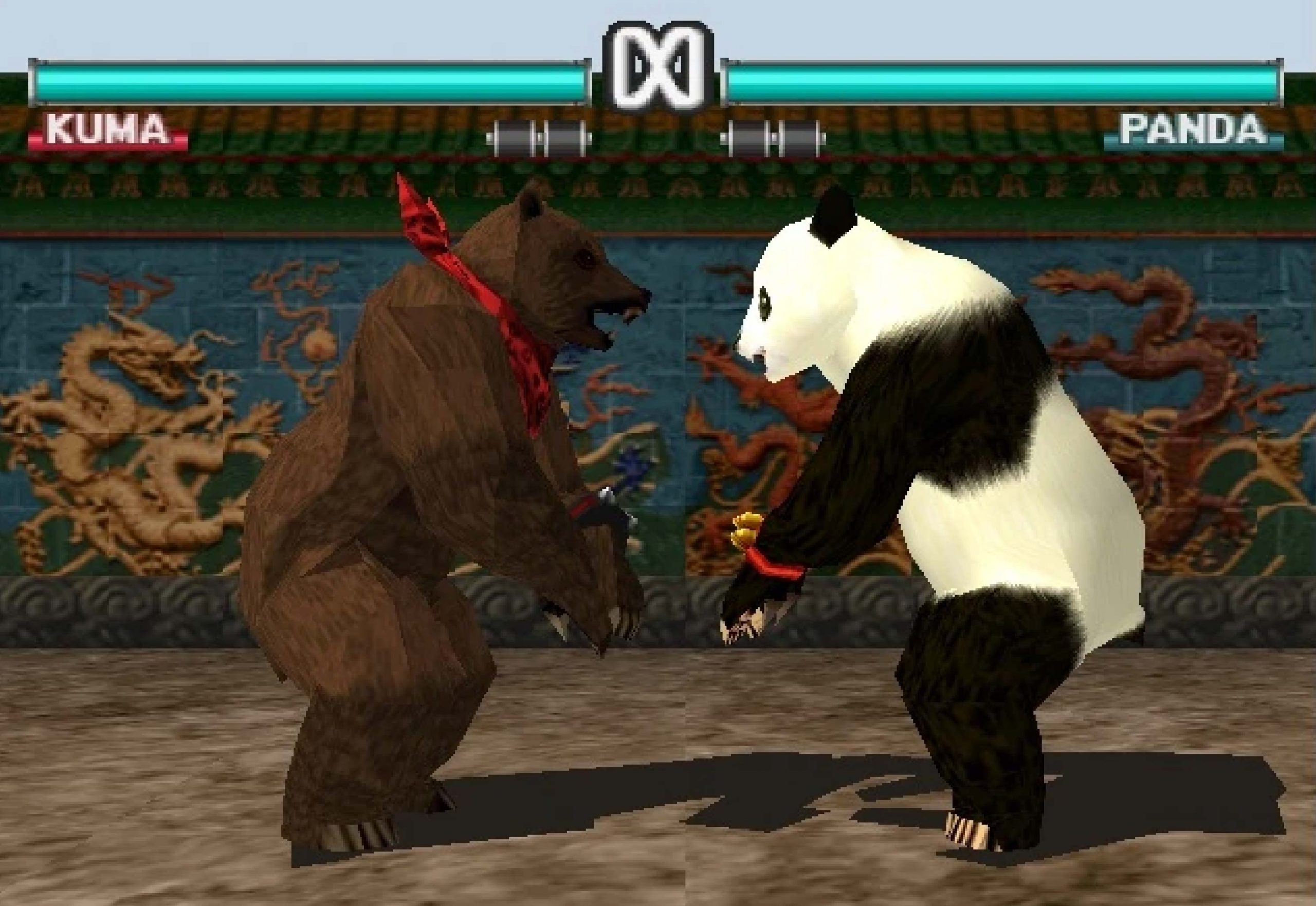 The greatest thing about Tekken 3 was discovering Tekken Force Mode. Like Streets of Rage but with each character having their own, full beat ‘em up move set, Tekken Force saw you fight your way through the group of non-descript Foot Clan wannabes who had various levels of bird ranking assigned to them depending on how much health they were assigned (Crow, Falcon, Hawk, and Owl), before fighting various bosses.

The boss battles you fought depended on your chosen character, and led to an inevitable bout with Heihachi as the final, stage-four boss. I completed it with every single character on the roster, despite it taking hours for each run-through – it just never got boring. Being able to perform all the throws and specials, as well as the standard move sets, meant each character made Tekken Force feel like an entirely new game. The level design was simple, but it’s still the best side-scrolling fighter I’ve ever played.

During Christmas break during my first year, the inevitable happened: my girlfriend split up with me. She’d already started seeing someone else, and I had to give her the PlayStation back – something, by that point, I’d come to think of as my first proper console. To be honest, it was the only thing that upset me about our breakup; we hadn’t been getting on well at all. The console was the only reason I hadn’t ended it myself.

It was also the end of my relationship with Tekken 3, and the wider series. I’ve never properly played a game in the series since, despite owning PlayStations 3 through 5. However, I still love fighting games; my Namco focus shifted to Soulcaliburs 2 and onwards, while the Street Fighters and Virtua Fighters of this world still continue to bring me a lot of joy.

And yet, I’ll always fondly remember my first long-term relationship: one with a fighting game, as opposed to the girl who gave me the means to enjoy it.

Tekken 3 showed me that beat ‘em ups could be more than just an Arcade and Versus mode – and also taught me how low I could set my personal bar for morality.