By Craig Jones June 2018 No Comments

On the day that Russia takes centre stage as the host of the 2018 FIFA World Cup, Craig Jones of Leeds Live discusses one of the longest, and funniest, nights of his gaming life, playing 2010 FIFA World Cup South Africa.

With football fever well and truly in the air, it’s only right to take a look at the game that best depicted the World Cup down the years. Of course, I know what you’re thinking – it’s FIFA: Road to World Cup 1998. Done.

But if you’ll indulge me, I’d like to put forward a rather personal case for 2010 FIFA World Cup South Africa.

Swept up by the romance of the tournament, on a night we’d been playing five-a-side, three friends came back to mine to put the latest offering (a lucrative rebadging of the previous season’s FIFA…) to the test. Phil, Turner and I had all thought a few games and then we’d call it a night, but my friend Flemo had other ideas. We were all slightly taken aback when he suggested all four of us take on the qualifying campaign (some ten games or so each) before eventually getting to the matter of the main event.

It was 11pm, and we all gazed at each other a little forlornly. Despite being students, without a care in the world, we felt we had to draw the line somewhere. So, we negotiated Flemo down to just a mere full World Cup, which would still potentially amass to a hell of a lot of game time. 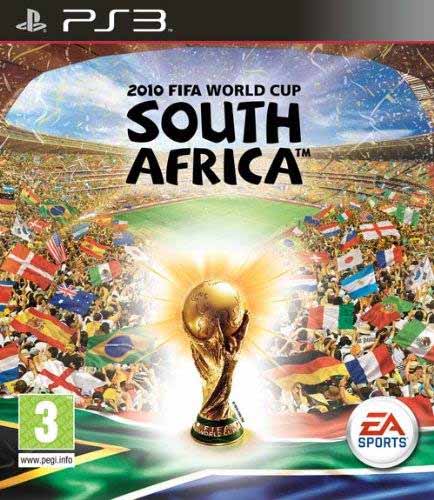 As you can imagine, we all picked some of football’s heavyweights for this gaming experience which occurred just once every four years. So, I went with England (okay, so more lightweight in my case), Phil was Spain, Turner was Argentina, while dear old Flemo picked Brazil. Now Flemo, bless him, who you can probably tell is becoming the star of this tale, is certainly one of life’s triers when it comes to football in video game forms. FIFA, PES (where for a number of years he had a 0.00 win ratio in our uni community) or even Sensible Soccer had never truly allowed him to express his ‘potential’ – he’d struggle to make the relegation places.

So, a little concerned, the rest of us the room were relieved to see his mighty Brazil, legends of international football – and the birthplace of Pele, Ronaldo (the fat one) and Neymar – drawn against some of world football’s most mundane of “also-rans” in his group. There was a real collective sigh of relief that he’d get through his group unscathed and then be respectfully put out of his misery in the knockout stages.

For now, it’s worth quickly getting up to speed on the rules we’d put in place. To ease the potential boredom of watching your friends playing FIFA, we decided we’d all take a third of the match each against whoever’s nominated team was playing. At the end of our three group matches, the top teams in each group would progress to the knockout stages – apologies for explaining the format of the World Cup, but that’s for anyone who isn’t football savvy.

So, Argentina, England and Spain had all progressed with ease to the 2010 FIFA World Cup’s last 32, but Brazil, in these rare circumstances, were struggling against the likes of The Dog and Duck with an early exit looking likely. Thankfully, all being friends and Flemo needing just a draw against Zimbabwe to progress, we went all very Sepp Blatter about things and came to an understanding about how Brazil’s bout with Zimbabwe would go.

To our credit, Phil and I played our parts faultlessly; a more boring game of FIFA you could not have wished to see. When the PlayStation 3 pad fell into the hands of Turner is where the dreams of a nation, and a Mancunian’s pride, were shattered. In the 90th minute, after Zimbabwe’s keeper had finished doing timewasting kick-ups in his own box with the score at 0-0, he noticed the run of former Portsmouth and Manchester City striker Benjani – the only player of note in the team – who took one touch before planting the ball in the back of Brazil’s net.

Just seconds later, the referee’s whistle went, prompting tears on the faces of the near-identical looking crowd of Brazilians, all moving in programmed unison, who’d travelled to South Africa. It’s safe to say there were some tears in my living room too – some of sorrow and despair, as well as others of Inbetweeners-like glee from Turner, Phil and I.

Then that was that, our three teams had topped their groups and progressed while Flemo, along with five-time World Cup winners Brazil, could only manage third in their group and were set to catch a plane home. Or so we thought…

FIFA performed an almighty glitch that I’d never ever seen it produce. When we clicked on the next menu, bold-as-brass Brazil had progressed; FIFA had taken pity on them and Flemo, which is probably the greatest insult of all. They were first up in the knockouts and at this point we were truly right behind both the team and their player-manager.

We’d changed the words to the official anthem K’Nann’s Wavin’ Flag, a song that you may remember saturated every Coca-Cola advert around that World Cup, from “wave your flag, wave your flag” to “wave Flemo’s flag, wave Flemo’s flag” ahead of his date with destiny. You’ll note our incredible levels of creativity – we were young, undeveloped minds at the time.

Surely his name was on the cup? Er, not quite. We roundly shared duties of leathering him and Brazil in that match to still send the nation home rather early. So, 2010 FIFA World Cup South Africa’s act of mercy was all in vain, and Flemo’s stay of execution was over. This glitch and its timing easily surpassed my other favourite FIFA malfunction from the 1996 PlayStation edition I had, where John Motson would continually shout Eric Cantona’s name during matches. Most notably during matches not featuring Eric Cantona.

You think it’s all over

You may feel, or perhaps even hope, that’s where our tale about the 2010 game concludes. Not quite. We three remaining players progressed until the final. It was England v Argentina – me against Turner. It brought back memories of Maradona, Beckham, Owen and that fictional match where Tonka came of age during the film Mike Bassett: England Manager.

Without being too clichéd, the tension was palpable, and the excitement reached fever pitch levels. We were ready, commentators Clive Tyldesley and Andy Townsend were prepared to sprout the same finely-synced lines we’d heard for the previous six hours, while identical looking fans in the crowd were ready to bounce up and down at the exact same time. 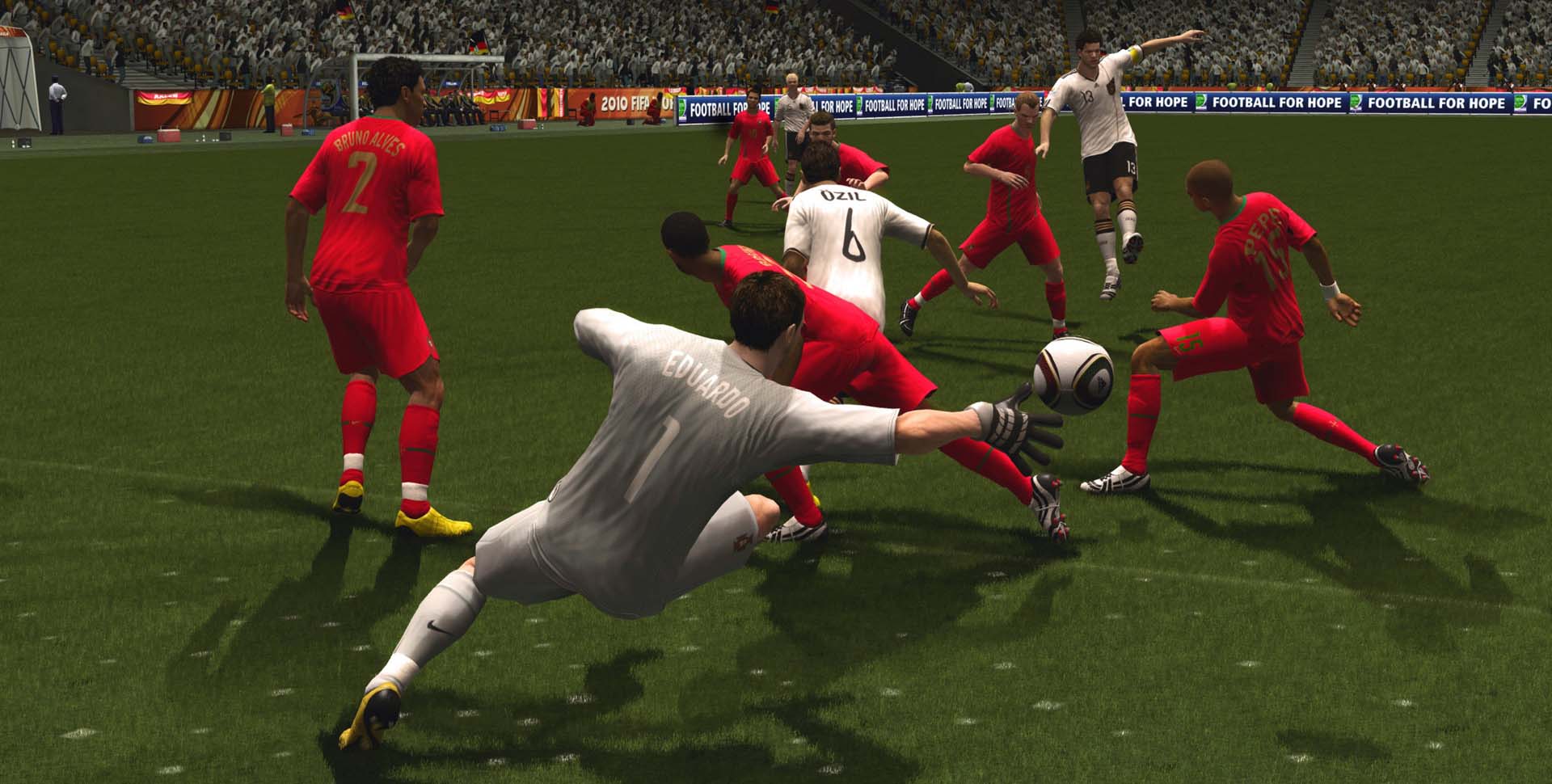 Then the bloody PS3 crashed and we were left with ‘wave Flemo’s flag, wave Flemo’s flag’ playing on repeat. The battle-weary console tried to muster the strength to load, but it just couldn’t do it. Some 20 minutes of us refusing to accept the inevitable finally came to an end. We quickly reset, played out an exhibition match at about 5am, to decide the winner and that was that. It all felt a little bit hollow at the time.

There were no fireworks, no Sepp Blatter handing over the trophy (my very favourite feature on World Cup editions of FIFA), or any great adulation of any kind.

I’ll leave you on this one glimmer of hope: for me, the 2010 FIFA World Cup was probably the last I could enjoy every kick before I had to pursue a dreaded career. But let’s face it, the South Africa competition was awful, England’s performance even more so, and it’s best not to get started on those damn vuvuzelas – they were the bane of watching that tournament hungover.

Thankfully, 2010 FIFA World Cup South Africa did give me a story I absolutely love about a mate having the piss ripped out of him by his friends, and even the game itself.

In many ways the game was an absolute rip-off, and probably why you can now just download World Cup editions as a FIFA upgrade for free, but 2010 FIFA World Cup South Africa certainly delivered nights of fun despite its drawbacks – including an early-hours fight to the finish.