It was a piece of music straight off the TV, tinged with lawsuits, infamy and hints of “bad boys of ghetto” hip-hop. Then suddenly, it was part of Dark Blue Monkey’s little world of gaming…

In the last years of the 80s, vertical-scrolling shoot ‘em ups were reaching their plateau on 16-bit platforms. Within four years they’d be replaced by the new bullet-hell games coming out of Japan. Personally, I loved the slower-paced games with their power-ups, distinct levels, unique ship sprites. I especially adored the rhythmic dance music in the background, which somehow managed to stay fun and fresh despite tens of hours of repetition.

But limitations in blitting and space were being reached and games were becoming unoriginal, especially with the music, which was largely a miasma of crunchy dance beats or highly compressed, tinny and repetitive drum loop samples. A few managed to stand out, but most sounded the same.

Home console game music up to that point had the tendency of being limited to MIDI, chip tunes or looped MOD tracked music with poor quality samples. There simply wasn’t enough space to have a proper music track on the disk/cartridge! Digital samples were restricted to weapons, explosions and ‘specials’.

Yet one day in 1989, my friend Ben and I inserted the disk for Xenon 2 Megablast – a new shmup – into his Atari ST, and the moment the screen turned black and the star-field intro started, the world of game music changed for us forever. 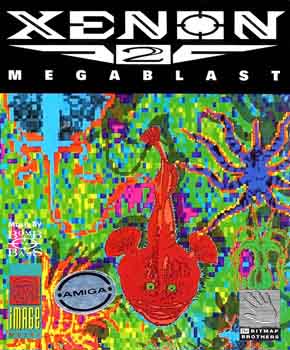 The music exploded out from the screen with a crash! Only a few seconds later, the first vocal sample started, before a digital music bed kicked in. It was not MIDI, not chiptune, and not just badly compressed drum loops, but a minute or more of recognisable, genuine digital audio track! Scaled sprites and a minimalist black and white theme completed a look to match the sound.

To make things even more awesome, the music was off the TV, and was truly infamous. By the end of the 1980s, the hip-hop and dance scene was getting into some seriously hot water over sampling. Bands were suing each other over the use of snippets of songs from years earlier, while the world watched with amusement as the music industry grappled with what the artists were doing – and should be allowed to do – with the very consoles we were playing with: Ataris and Amigas!

Bands like MARRS and Bomb the Bass were making headline news as their tracks blew the top off the charts, before facing censure for potentially illegal practices. Of course, all this publicity meant that hip-hop artists had become the new mega-celebrities.

Bomb the Bass’s song Megablast had made such good use of famous samples on the new 16-bit composing technology that when it hit the dance scene a year earlier, it was like an express train hitting an ice sculpture. It was an instant hit that broke clean out of the hip-hop scene and into the mainstream. By 1989, the song had been on everyone’s ghetto blaster at full volume for nearly a year, and even I had his CD album Into the Dragon, which featured his smash hit Beat Dis, as well as the original Megablast…

The decision by the Bitmap Brothers to adopt this song as the theme to their new game was a stroke of genius. Taking out some of the samples and adding more compressible helicopter SFX instead, they created a short track that was small enough to fit on a floppy, but absolutely identifiable as that track that was on the TV. Completing their coup de grace, they changed the name of the game to tie into the song and created the perfect package: Xenon 2 Megablast!

Of course, the consoles were still fairly limited, so although the game opened with a great rendition of the song, the consoles struggled to play full digital audio while graphics were moving. For this reason, the designers contracted the David Whittaker – a legend of the time – to produce a high-quality chiptune version to play during the game itself.

Thanks to its tie-ins to the underground music scene and current events, and with its superb adaptation in chiptune, the tune demanded to be played at full volume. For me, cranking up the sound and playing Xenon 2 was one of the most exhilarating experiences created by a shmup, rivalling the famous R-Type, despite the slightly less elegant sprites and poorer collision detection. 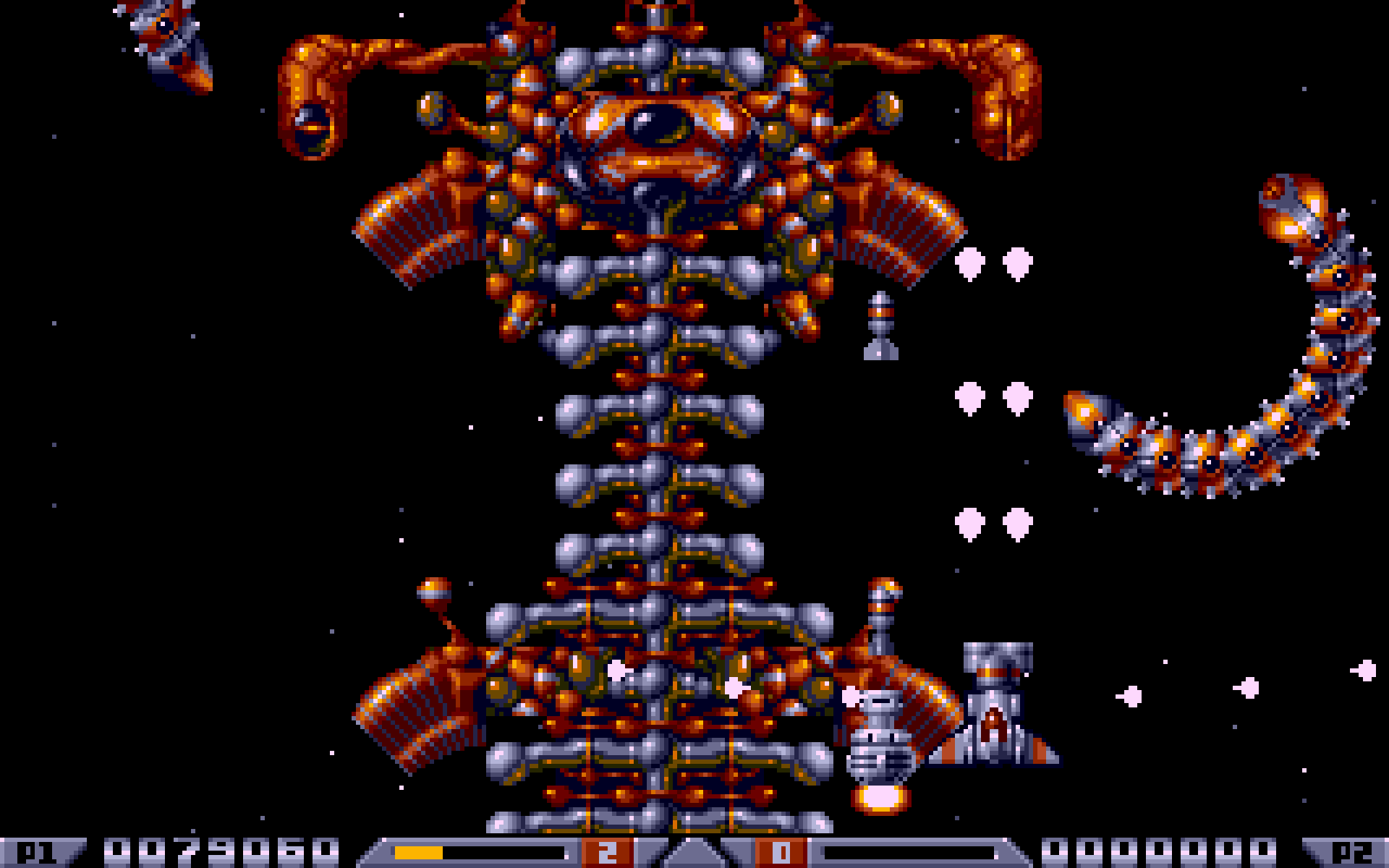 The fact that the game also happened to be great fun – and, unlike R-Type, it could be completed by a normal human – helped cement its reputation and place at the top of the charts of 1980s shmups for many who played it.

I still listen to the track today. Every time I put it on, my mind goes back to the day I first played Xenon 2, and I feel just as epic now as I did then. It’s such a great, feel-good piece of music with a real energy, humour, speed and rhythm, and you can’t help but tap your foot when listening to it.

It was shrewd move to use a great track, by an infamous artist in an edgy music scene, as the background for one of the last great shoot ‘em up classics of the 80s. It truly allowed the Bitmap Brothers to make their mark on the 16-bit era with a megablast.