Although it was initially overshadowed by one of the most famous pieces of music in gaming history, FFVII’s Words Drowned by Fireworks had a bigger impact on Matt Gardner than a more universally revered counterpart on the same soundtrack. 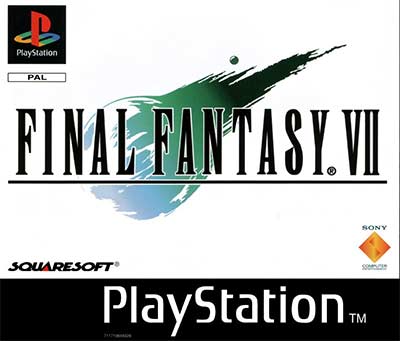 OK, hear me out before you gather a mob to march on my house, wielding orifice-defiling tools. Firstly, it IS Aerith, not Aeris. I know, it was hard for me to accept too. Secondly, yes, Sephiroth’s act of murderous rage is one of the most awful occurrences in the game; it didn’t tug at your heart strings so much as slice through them with his Masamune. It also served you with a definitive cliff-hanger to end the first disc; from there, the truth about Cloud started to unravel, and the storyline developed into something that made the game into one of the greatest of all time.

However, the raw emotion of the leading lady’s untimely demise was mostly due to Aerith’s Theme, which is still the most iconic tune in the entire game. It’s a beautiful piece of music, but one so incredible that it oversold the bucket-kicking antics of a character who, to me at least, added very little to the game.

Simply put: I believe that Aerith’s death is only sad because of the raw, depressing beauty of Aerith’s Theme. You could play that song at Martin Shkreli’s funeral and I’d still bawl my eyes out. But a song that’s simply powerful does not trump a song that also provokes thought while still delivering that overwhelming emotional connection.

For this reason, Words Drowned by Fireworks was a masterpiece. It made you think twice about what was initially presented to be a common-sense decision: robotic spy Cait Sith’s self-sacrifice (knowing he’d be replaced thereafter) in order to retrieve the Black Materia and save the world, as the task couldn’t be undertaken by mere mortals because they’d die in the process.

As the song played, you ultimately had the carpet pulled out from underneath you: Cait Sith pushed the Turing Test to its absolute limit, seconds before he was sent to the junkyard in the sky, making you question if he truly was a living thing. 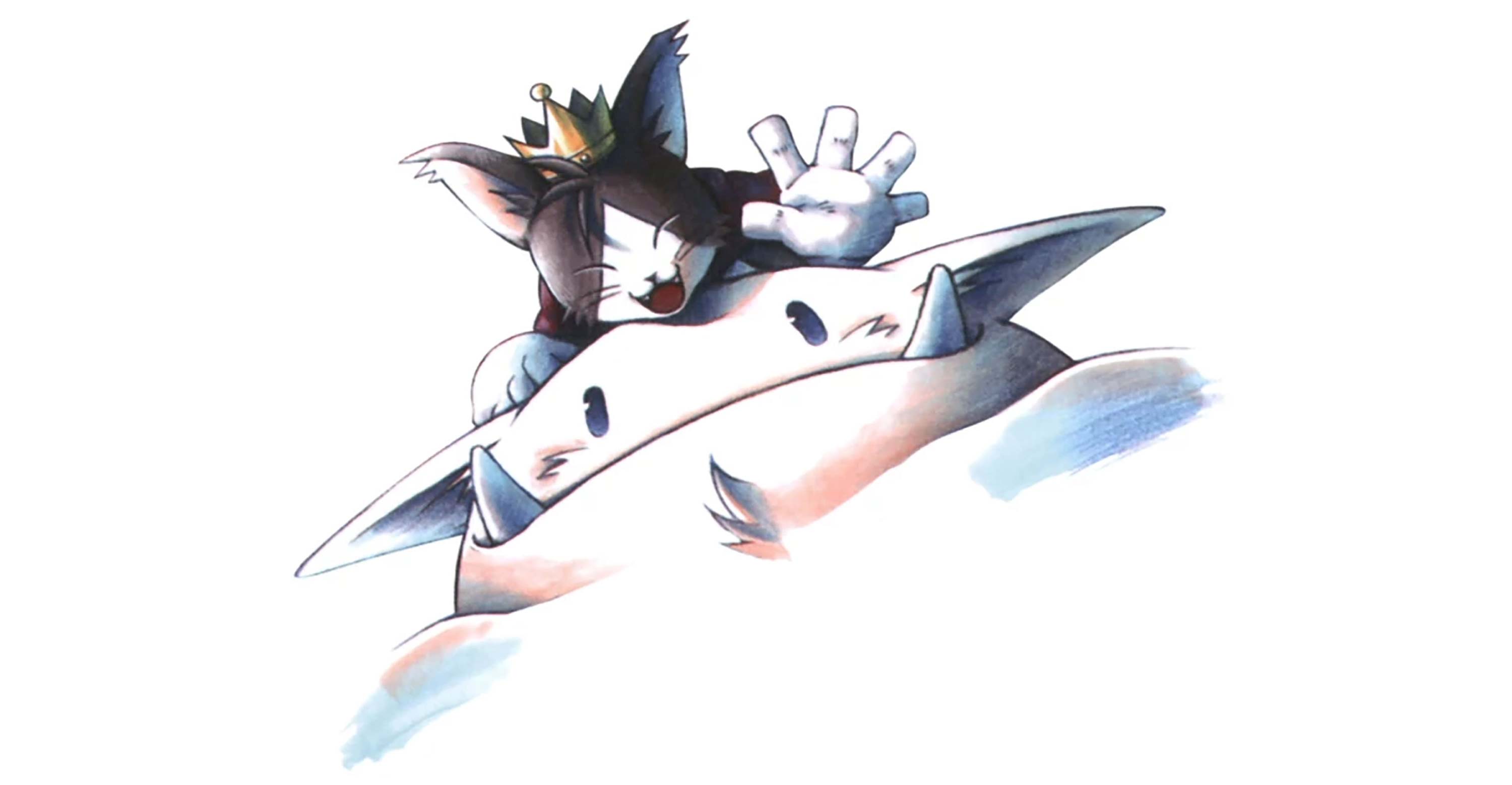 It’s not a discussion for another time

Before getting into the nitty gritty of Words Drowned by Fireworks, I must insist that I could still wax lyrical about the death of Cloud’s never-quite lover. I was just 12 when I played FFVII, and after I completed it for the first time, I accepted her murder as the pinnacle of gaming sadness. I’m not alone; this conclusion is still so commonly featured in articles and videos that the likes of WhatCulture Gaming almost always remove it via disclaimer at the beginning of their lists, just to even the playing field.

But on reflection – specifically, after repeat playthroughs – I don’t think it’s the saddest point in Final Fantasy VII. Death happens in a lot of games, and while Aerith’s disembowelling may’ve been the first experience of devastating mortality in gaming for many players, it hasn’t stood the test of time.

Aerith was a boring character. Yeah, okay, she was half-Cetran and the last of the Ancients, and she had the perfect rags-to-er, rags storyline, but was dull as dishwater. She’s not far off the archetypal damsel in distress: she sells flowers in a slum as if she’s actively trying to be the most pitiful character in modern culture; and she’s just a default healer in combat – basically her only true strength in battle if you played FFVII the way the designers meant it to be played.

That’s right, Aerith. Stick to the back row and cast Cure every now and again. Cheers.

Sephiroth was a badass with serious problems. He needed to kill SOMEONE to graduate with a PhD in Bastardry from Prick University. Aerith was the perfect choice: she was part of the story enough to be missed (unlike, say, Yuffie), and she was female. Not much else, but this was 1997. Even her staff weapons were boring, not that she ever used them to lamp someone. Ooh, 13 damage? Thanks!

It wasn’t until repeat playthroughs in my late teens and even recently, in my early 30s, that I really got gut-punched in the feels by a character’s death in Final Fantasy VII. Perhaps more shockingly, it happened mere minutes before Aerith was put out of her misery, in the Temple of the Ancients. 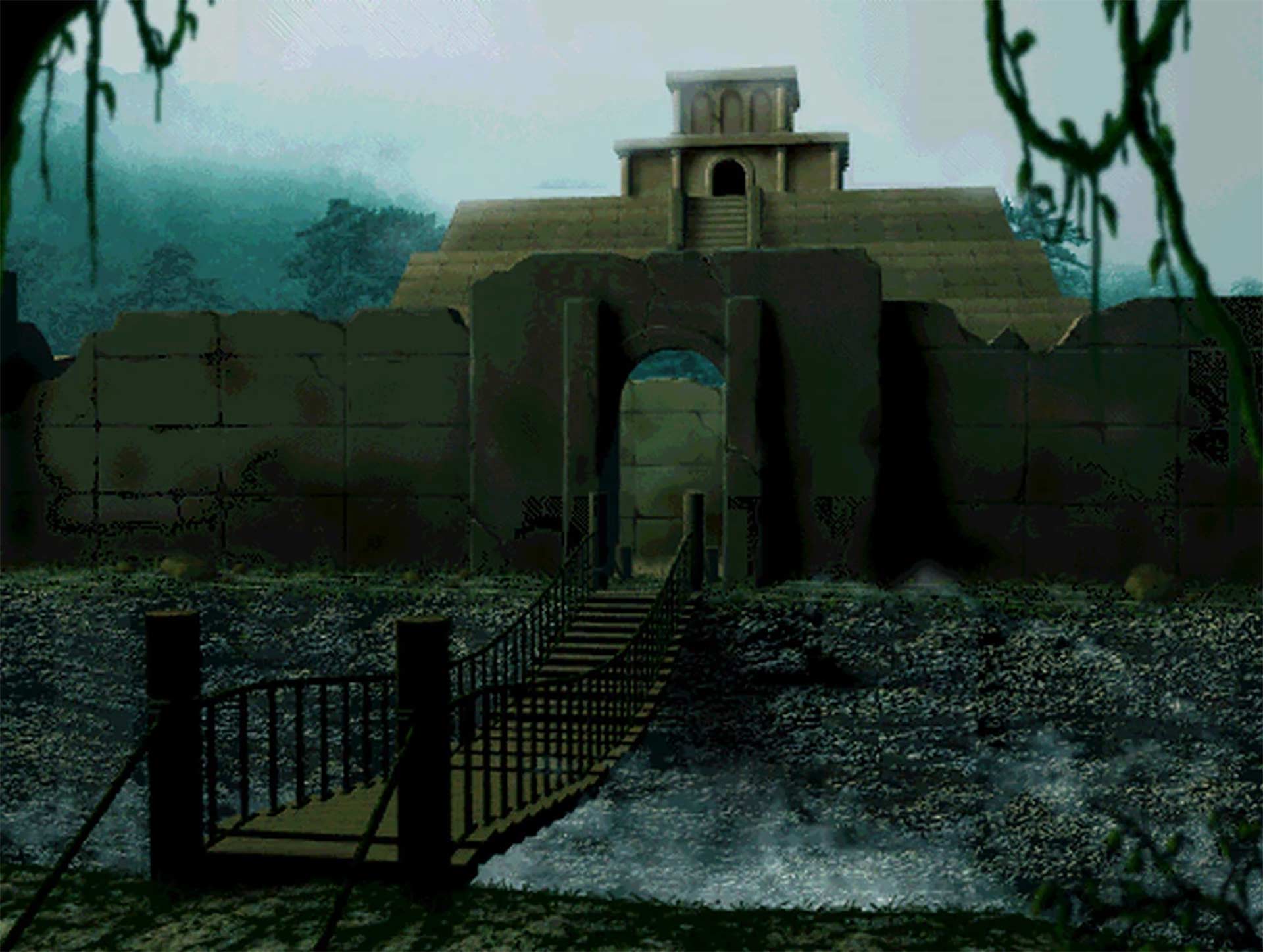 The wheel of fortune

You’ll’ve heard Words Drowned by Fireworks before, but I think you’ll associate it with its initial use during the then-breathtaking sequence on the Ferris wheel-esque rollercoaster during the ill-fated trip to Golden Saucer. Surprisingly, the song didn’t appear all the way until disc three of four in the official FFVII soundtrack, though that’s not all that surprising; legendary composer Nobuo Uematsu worked tirelessly in the first half of the FFVII experience that he seemed to make a song for nearly every scene, before re-appropriating them for second and third uses later. Words Drowned by Fireworks’s true impact as a piece is perhaps forgotten because of this.

While you’re at the Golden Saucer, with its obnoxious yet charming music blaring, you were given the opportunity to go on a date Aerith, Tifa, Yuffie or, er, Barret. During my first-ever playthrough and adhering to the not-so-subtly crafted story, I chose Aerith because it felt fair. That’s when the song’s first used, and it’s truly charming and romantic, as it is in the cutest version of the ride itself, with Yuffie:

On playthroughs since, I developed a habit for picking Barret because the tension was hilarious, plus it had the funniest payoff: our gun-armed friend going a bit postal out of the window of the ride’s cabin, having just lost his adopted daughter Marlene to a Shinra spy.

However, Nobuo Uematsu clearly knew the power of Words Drowned by Fireworks. If you chose Barret for what I initially hoped would be a perfectly romantic evening, the tone was immediately set with the use of the bombastic Barret’s Theme being used instead, avoiding the possibility of the former song’s passion being diminished by the overtly comic juxtaposition.

Roll on a few hours and you found yourself at the Temple of the Ancients, in search of the Black Materia and the power to summon Meteor. To prevent it falling into the hands of the apocalyptically minded Sephiroth, you and your band of Super Friends – including Cait Sith, a robot “thing” you met in the Golden Saucer moments before your Ferris wheel-based pseudo-tryst – were there to beat him to the punch.

Ah, Cait Sith. Not to sound like that guy, but Cait Sith has always been my favourite Final Fantasy VII character – probably my all-time favourite of the entire FF series. I mean fucking hell, how can he not be? He was a robot cat with a crown, working as a “Toysaurus” in an ostentatious theme park by semi-accurately reading fortunes, who attacked people using a megaphone as a weapon, all the while riding a fat robot moogle that he himself supposedly brought to life.

Yet the character was the first true gaming misanthrope I found myself feeling truly enamoured with. At the time, I was fat, ginger and a relative outsider at school. Seeing someone so happy to embrace their inherent ridiculousness was something that filled me with joy, and a trait that carried over to my character selection in later games, such as completing FFIX with Quina Quen in my party, or struggling through the turgid FFX with Kimahri Ronso. Cait Sith was odd, funny-looking and, most of all, intriguing. He was like no other character – not human, or in the case of Red XIII, human dog.

He was in my party when he revealed his true nature at the temple: he was a spy for Shinra. The spy who took Marlene as a bargaining chip. If you’ve not played FFVII, Shinra was the game’s evil corporate empire, sucking the world dry of its natural resources with huge consequences. So, in our terms, it’s as if New Look was carrying out fracking, or if Tesco had to aggressively expand by invading Denmark.

I was gutted, sure. But it was always clear that Cait could sometimes think for himself and wasn’t just in the pocket of enterprising benefactors. He inexplicably felt anguish and guilt for what he did to your party. Luckily, he found a way to redeem himself. 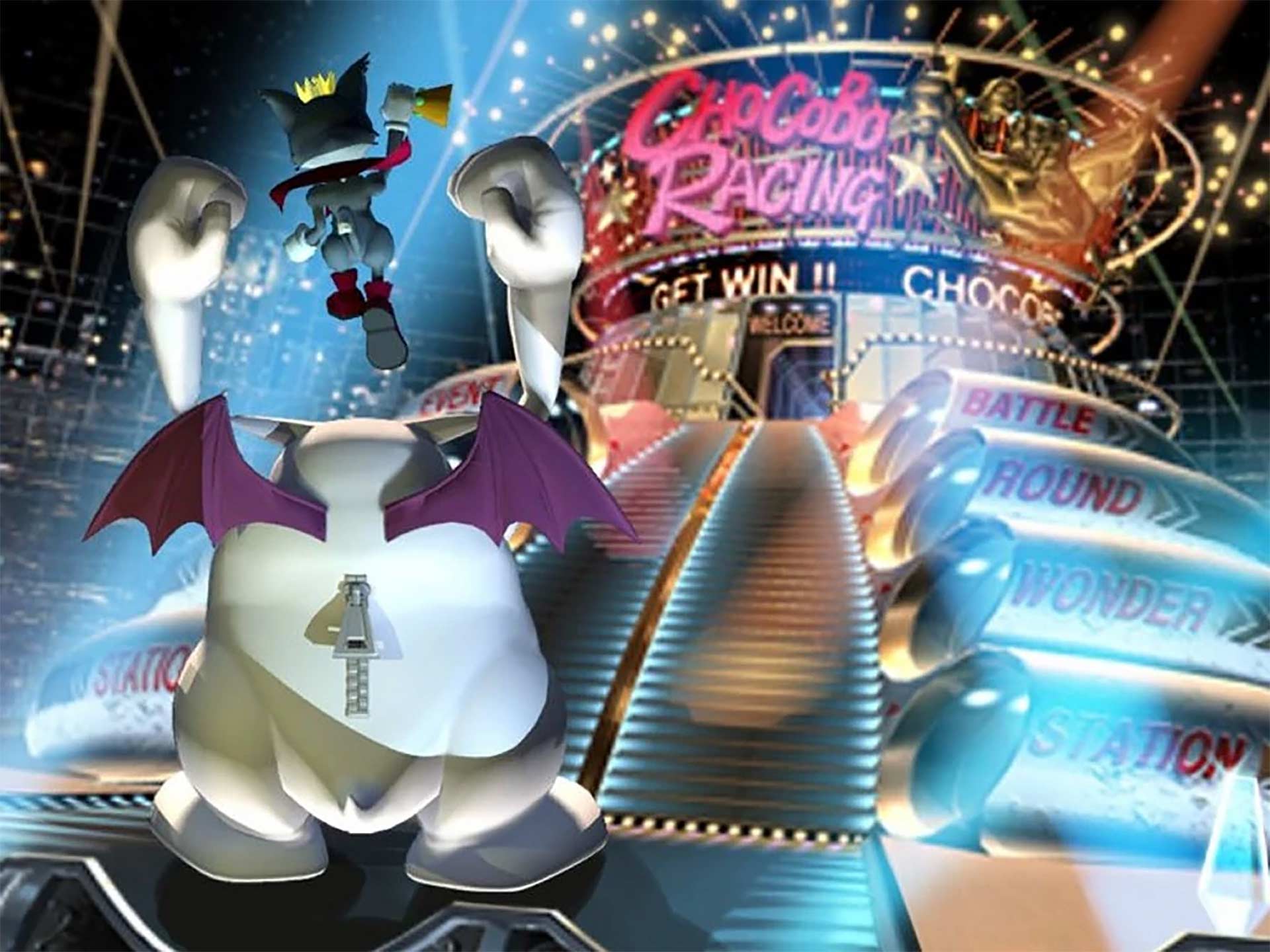 The only way to get the Black Materia was to shrink the temple into said materia. Anyone doing it would kill themselves in the act of triggering this black hole. By nominating himself, Cait Sith combined redemption and selflessness with a Turing Test-passing self-awareness worthy of Roy Batty in Blade Runner.

Cait proudly declared that he’d do the honourable duty, jumped like a loon with excitement, and set off down the bright orange tunnel to his death. Along the way, he fell, visibly hurting himself, only to remember that he had a mission to keep. He got back up and carried on, like an absolute trooper. 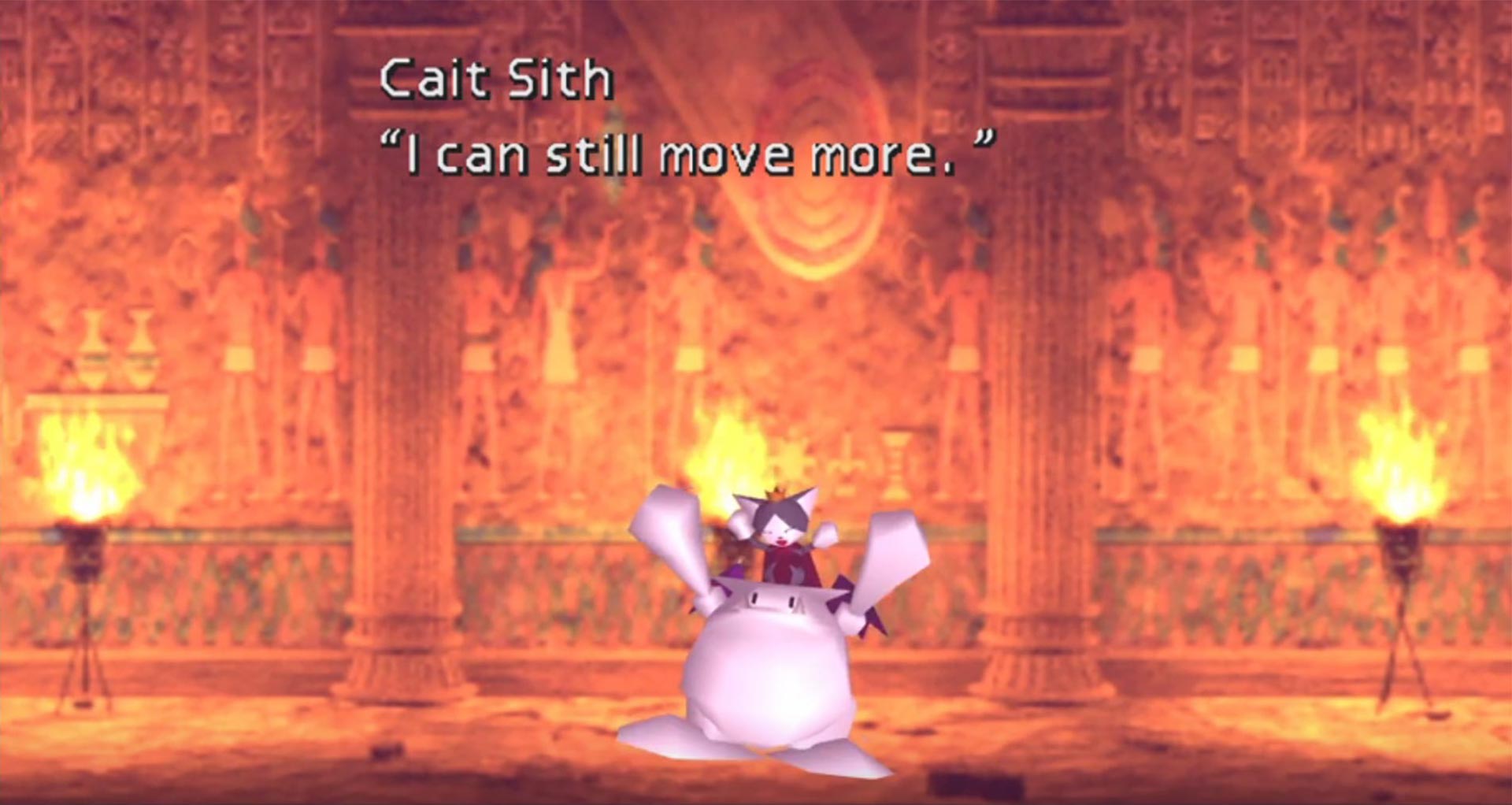 All the while, Words Drowned by Fireworks tinkled in the background – a soft tune that was both incredibly sad yet hopeful, using a handful of minor notes as it climbed an octave, effortlessly combining two utterly conflicting emotions.

And then came Cait Sith’s final words, as the music weaved its magic. With my 12-year-old brain, I’d never connected with what he said. Later in life, I was emotionally crushed – just as he was literally crushed in his act of heroism:

There’s plenty of stuffed toys like my body around, but there’s only one me! Don’t forget me even if another Cait Sith comes along. Good bye, then! I guess I’m off to save the Planet… 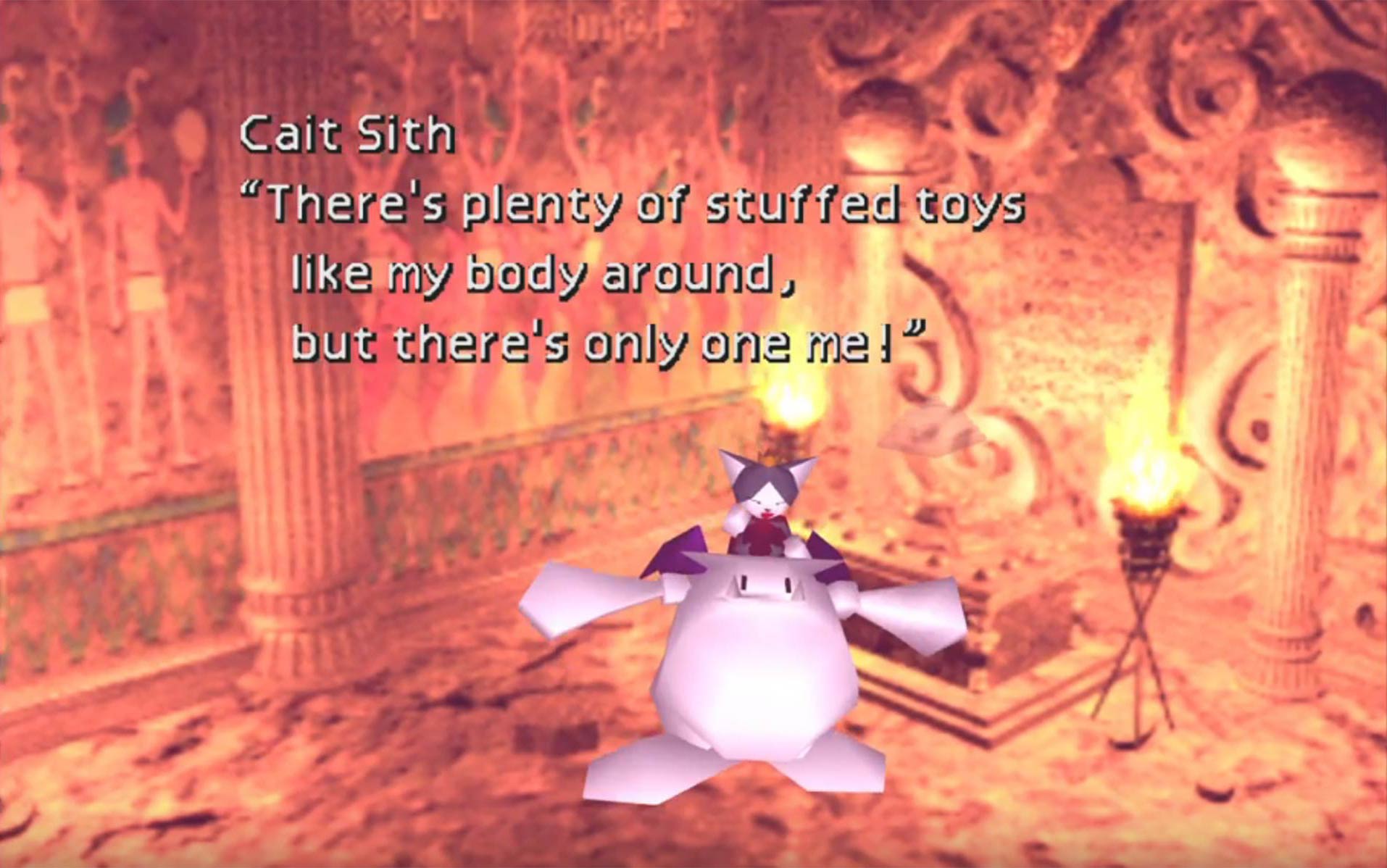 Boom. Cait Sith: dead. Black Materia: gained. Seconds later, another Cait Sith reported for duty. But it wasn’t the same Cait Sith. I never forgot that first Cait Sith, even if I grew to trust and like his successor.

Now compare his last words to those of Aerith, who died soon after. Despite still being seen as the true emotional catastrophe of the game, this kinda nice, friendly, apparently attractive yet generally dull girl had a final statement that was as uninspiring as her presence in the game:

I’ll be going now. I’ll come back when it’s all over.

Yeesh. Don’t hurry back with that attitude.

While Aerith redeemed herself by playing an integral role in defeating the Meteor summoned by Sephiroth – to be fair, she didn’t have much else to do in the afterlife, and I reckon I’d’ve done the same even if I was (more of) an arsehole – her subsequent role in the game felt tacked on, her story remained incomplete, and her character still felt two dimensional to me.

Cait Sith, though? All it took was Words Drowned by Fireworks to tap into my head to make me ask some uncomfortable questions, which conjured equally uncomfortable answers that left a mark for years to come. 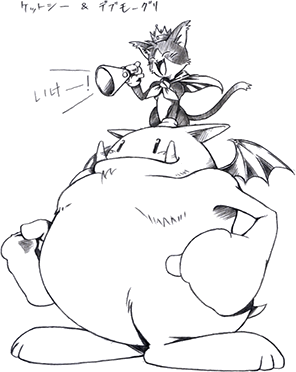 Certain songs don’t need to be the best on a soundtrack to be, well, the best on the soundtrack. While the headline-grabbing Aerith’s Theme is a powerhouse of emotion, Words Drowned by Fireworks was a case of the best song for the best occasion – and no other piece of music in the game enhanced the source material quite like it.