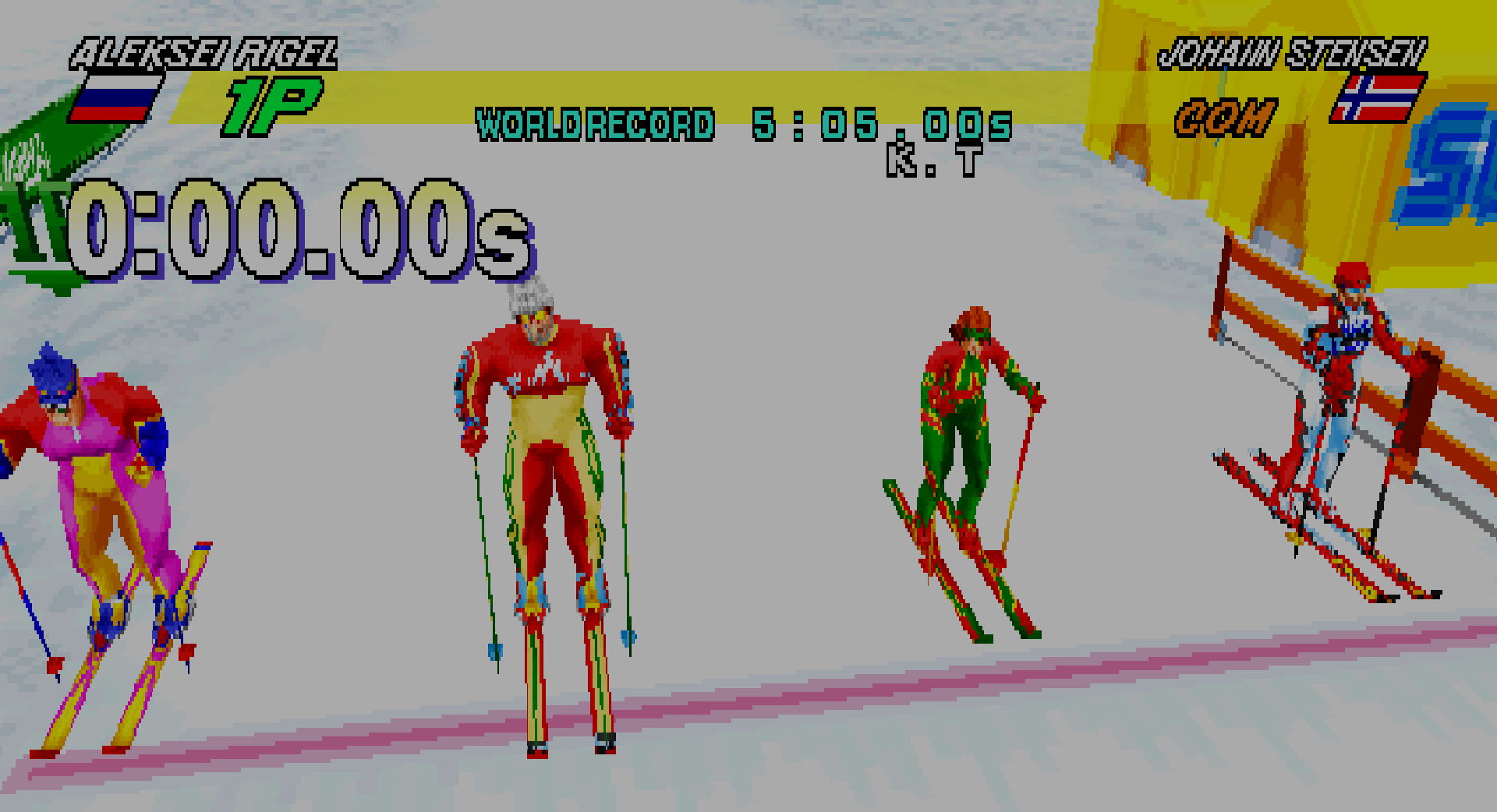 While many games have simulated the Winter Olympics over the years, Daniel Driver believes that Winter Heat is still unmatched in recreating the sheer spectacle of the event – and Trust Your Heart was key in creating a monumentally cinematic climax.

There’s nothing like a good gaming grudge between friends, is there? Whether it’s giving each other dead arms while playing Street Fighter II, inevitable arguments over wrestling games where losers would attempt to turn off the console before a title change could be recorded, or the tribal undercurrent to fierce FIFA and Pro Evolution games, nothing quite gets the blood racing like a good old local multiplayer game. 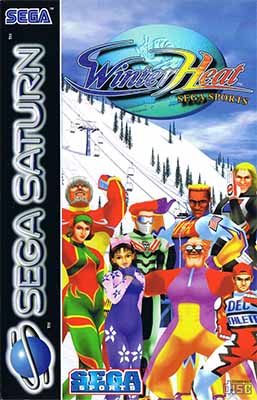 Needless to say, when you get older and introduce alcohol into the mix, the weight and spectrum of emotion only increases.

Unfortunately, the majority of sports games – especially in the modern era – eschew a backing musical piece in favour of commentary. This is perfectly understandable as it gives games that authentic feel, even if they’re repeating “Acute pass, here’s the chance!” for the 52,411th time. But despite what those games deliver in realism, they still lack the cinematic feel befitting a true post-pub epic multiplayer experience. 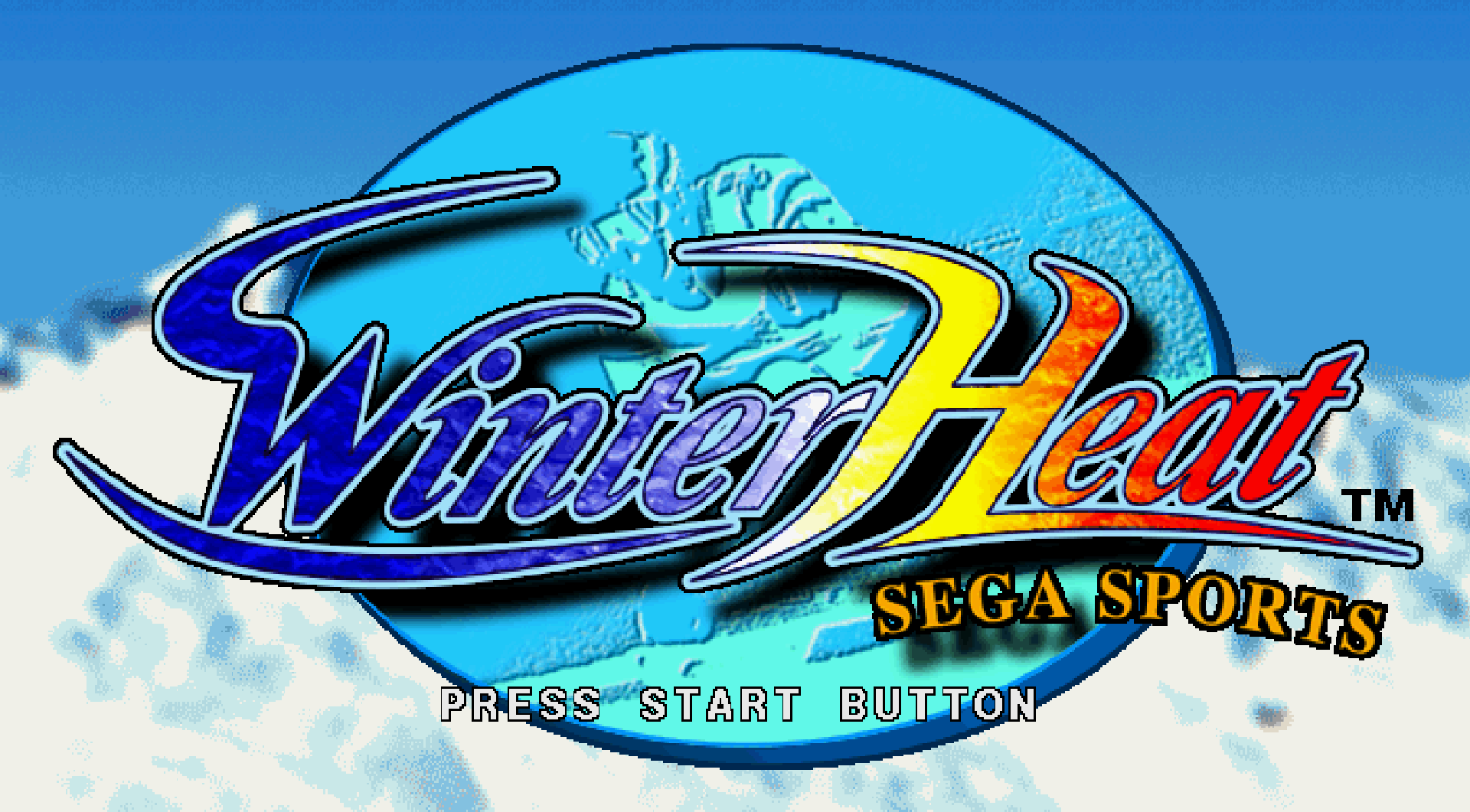 There was, however, one particular title from a short-lived videogame series which managed this feat, where the battles fought on screen via a Sega Saturn controller were given the musical themes they deserved, creating such stirring spectacle that it would be spoken about forever between my group of friends. And in that game one event in particular featured what may well be the ultimate sport based gaming theme: Trust Your Heart, a song that reflected two games and several years’ worth of gruelling multiplayer competition between us.

Athlete Kings (also known as DecAthlete outside of Europe) was an Olympic-themed sports game that spawned a Winter Olympic sequel with Winter Heat, doubtlessly trying to capitalise on domestic popularity ahead of the 1998 Games in Nagano. Neither game had an official license, but both had bags of character, charm and fun. Clearly inspired by Konami’s International Track and Field, these were button mashers without the serious front end. Instead of user-created characters or identical on-screen avatars, you chose a character from a selection of eight charismatic competitors, who had their own strengths, weaknesses, winning taunts and animations.

That playful exterior was not matched by the fierce rivalries fought off-screen, and in our teenage years my friends and I wouldn’t just battle to win the decathlon in Athlete Kings, but also to immortalise ourselves via the game’s world records.

Doubling down on delight

Yet Athlete Kings’ biggest failure was that only two players could compete at once. In its Winter Heat follow-up just one year later, the problem was fixed with the inclusion of a four-player mode and thus, like the player count, the competitiveness doubled. 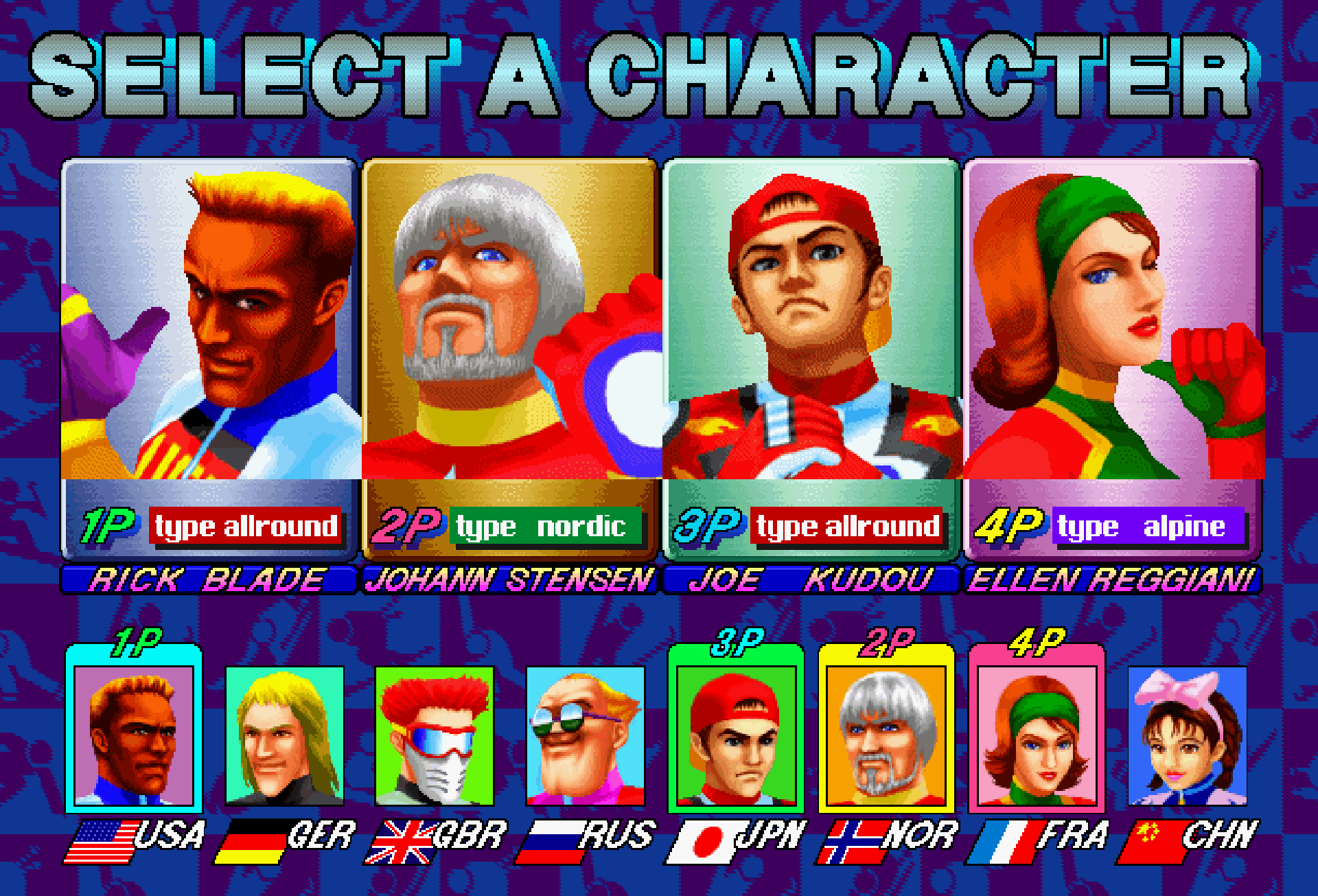 Winter Heat would become something of a regular post-pub tradition for many years. The arena changed from afternoons in bedrooms littered with Doritos and Coke cans to post-midnight, cigarette-smoke-filled living rooms complete with beer cans and pizza boxes. World records had stood for years by this point, while rivalries between my friends and me always bubbled to the surface.

There were 11 events in Winter Heat, one more than Athlete Kings. After some nail-biting bobsleigh rides, stunning ski jumps and lightning-paced skating, it all came down to one final event that could swing the final points tally wildly. 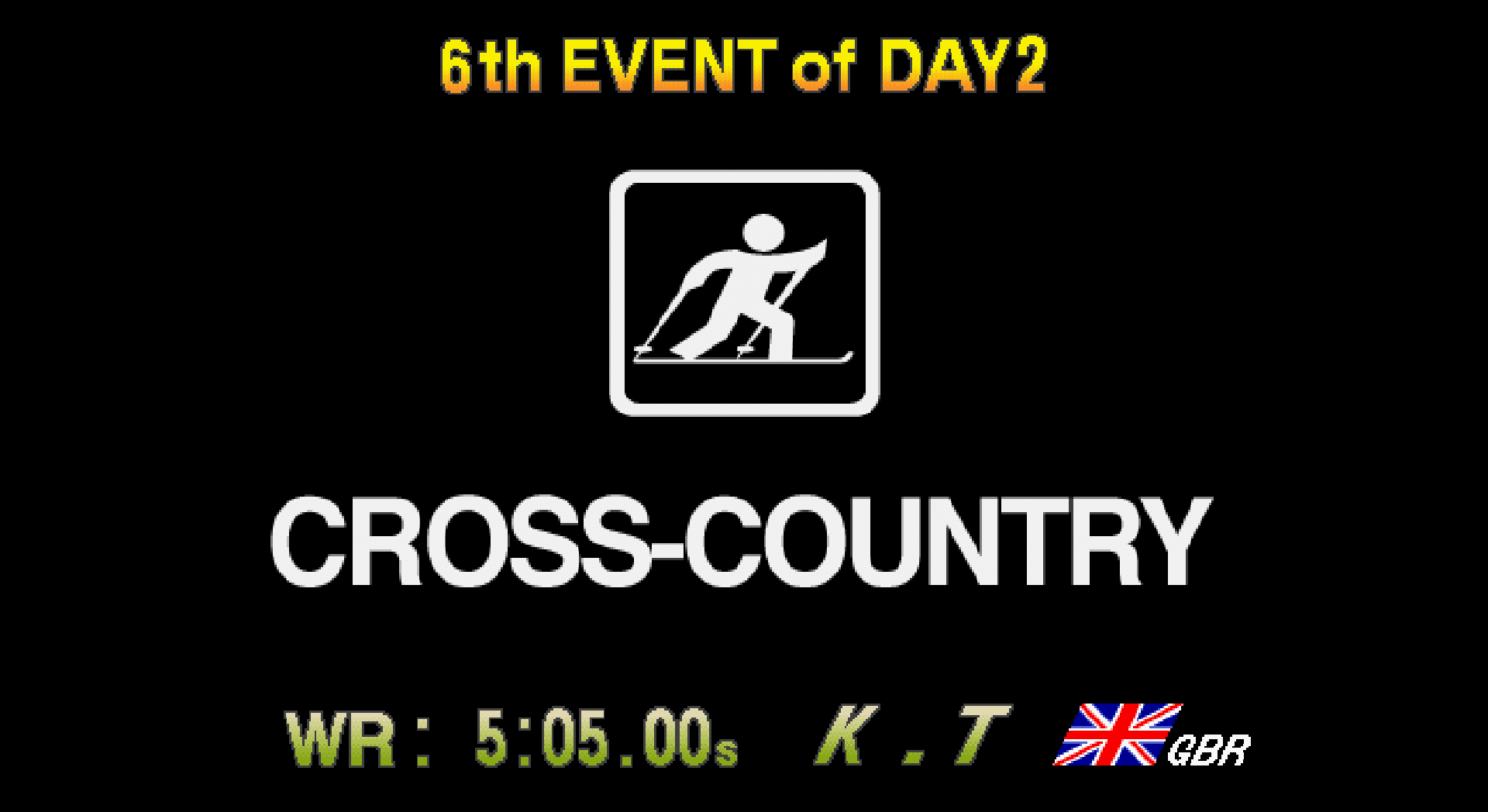 Picture the scene: it was 2am, the booze and pizza had long since been devoured, fatigue had set in and there was less than 1,000 points separating first and fourth as our digital Winter Olympiads reached the final event with everything still to play for.

The event, Cross-Country, was a five-minute button-tapping marathon with more strategy than any athletics game had any right to have. Each player had a stamina bar, racers could block others from passing, skiers could slipstream with an eye to pass their rivals, and the course was a snaking snow-filled nightmare with more peaks and valleys than a heart-rate monitor hooked up to a Queen album.

As the game, and the night, neared such a rousing end, the music for such an occasion needed to be apt. And in Trust Your Heart, the game succeeded in not only meeting the grandness of the events on and off-screen, but in surpassing them. 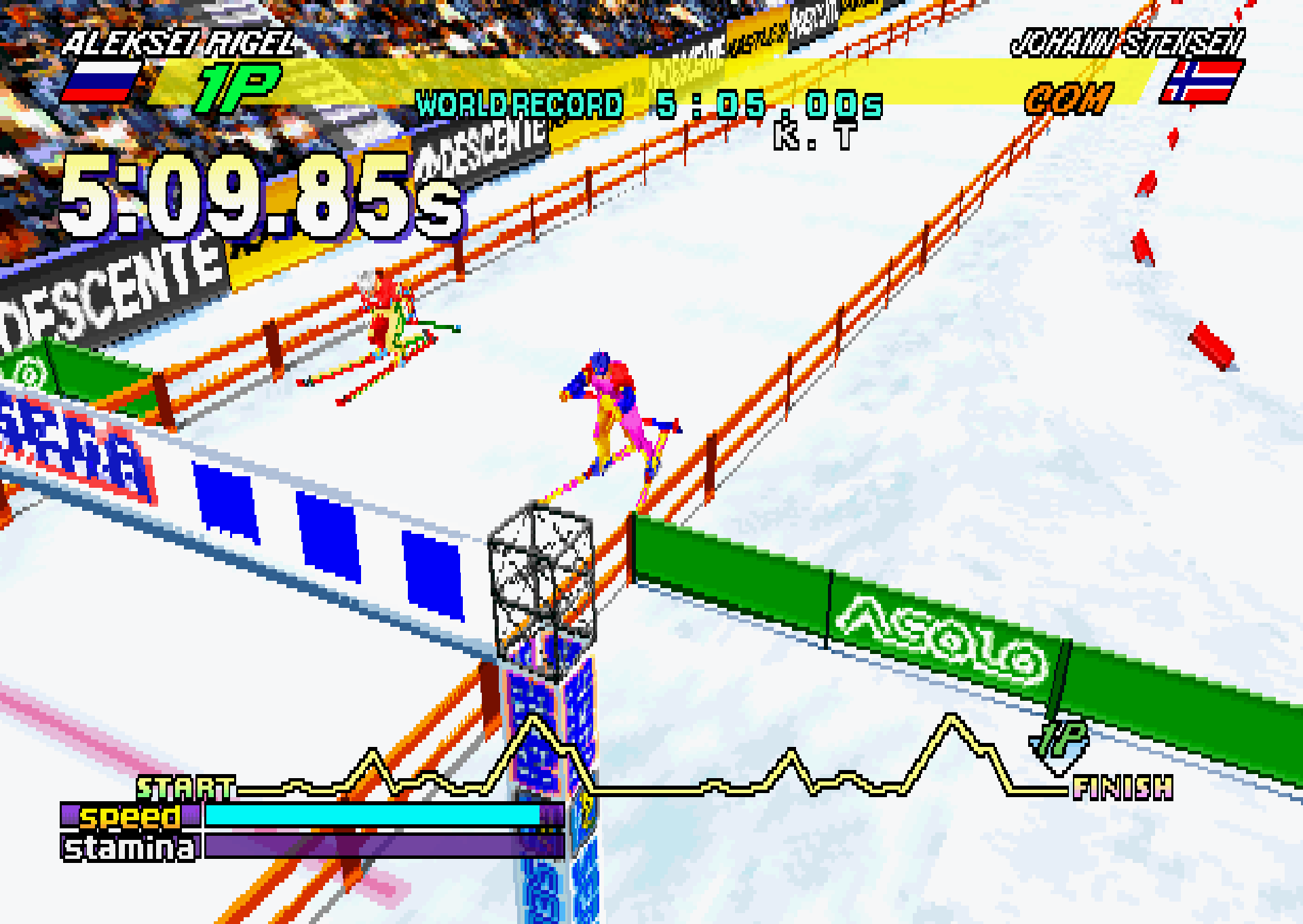 The track is immediately evocative, and likely heavily inspired by, two inarguable classic themes from cinema. The first and most obvious influence is the theme from Chariots of Fire by Vangelis, and the presence of such an iconic piece is felt throughout Trust Your Heart, from the tempo to the overall sound.

Trust Your Heart also had elements of Vince DiCola’s War from Rocky IV running through its DNA, particularly from the around 50 seconds in, when the drums and melody became more pronounced and the sound of a bell occasionally makes its presence known. I could almost imagine some wintery analogue of “He’s not a machine! He’s a man!” spouted from someone in my corner when deep in icy battle with three friends.

The song felt like the marriage between those two classics, capturing a sound that was distinctly 80s and perfectly fitting for a sporting event. To aspire to create something akin to Chariots of Fire is hopelessly ambitious, but the track was at least a fantastic tribute to it. Hiroaki Yoshida, who previously was a composer for Two Crude Dudes, has sole sound and music credits on Winter Heat and if his lofty goal was to emulate luminaries such as Vangelis and DiCola, his efforts really should be applauded.

Trust Your Heart managed to walk that tightrope between memorable melody and epic theme; it always rose to the occasion, and someone in the room would inevitably start singing or humming along with it, usually while being a git and blocking the other players as their stamina recharged. 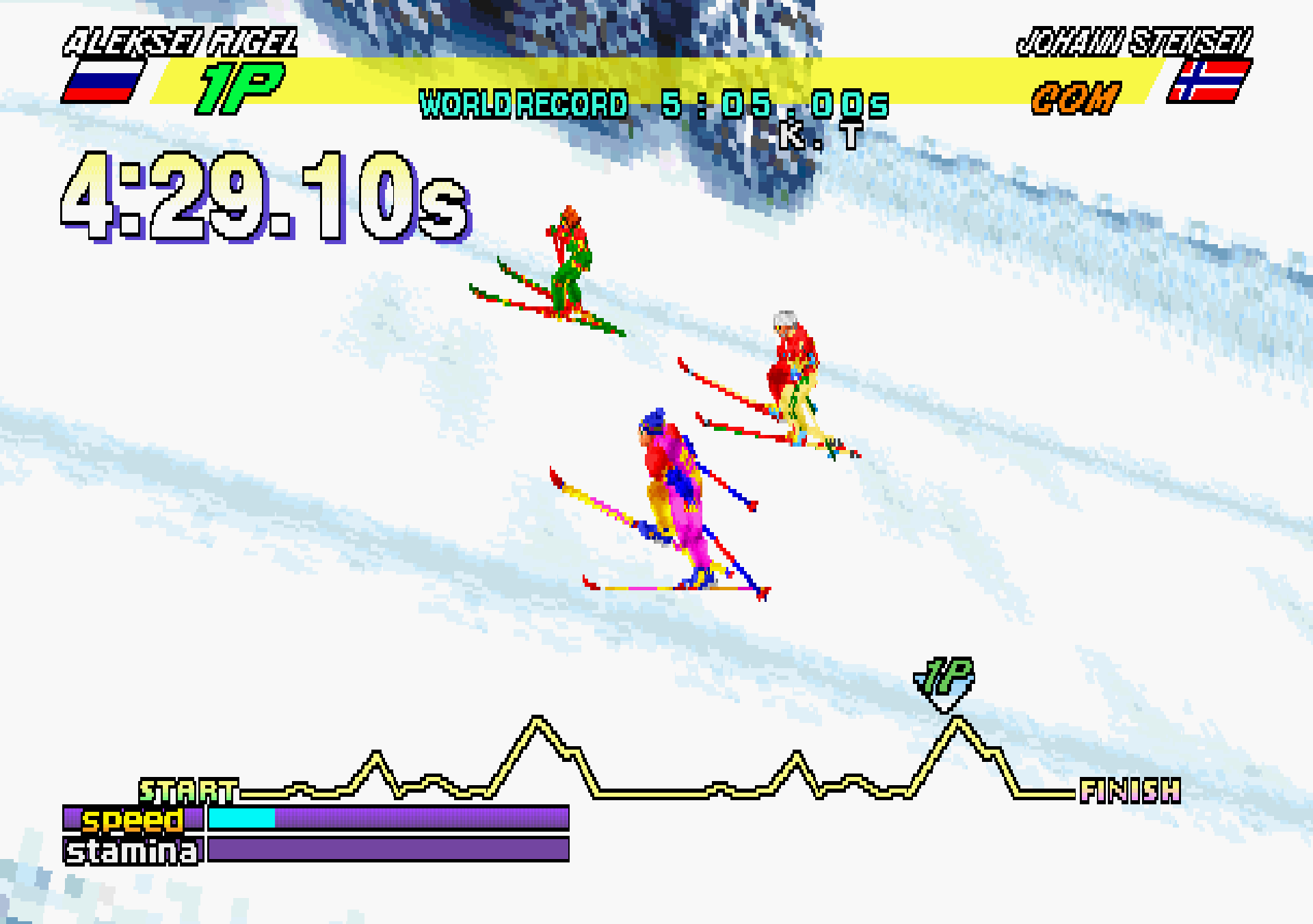 It was a fitting end to an evening, the four-way duel epitomised in one event with a soundtrack perfectly suited to the ensuing competition. Winter Heat reached its crescendo in Cross Country Skiing and left players with the feeling that they had been involved in something truly special – and as mentally and physically exhausted as someone doing the event in real life.

It gave us our grand finale, our Rocky vs Drago, our Harold Abrahams running the 100m. The fact that our athletes were cartoonish, stereotyped misfits was irrelevant – the music made the thrill of the competition and the magnificence of the occasion palpable.

After five brutal minutes fought against the musical backdrop of this stunning theme, it almost didn’t matter who the victor was, when the winners took their places on the podium and the credits rolled. My friends and I would laugh and protest that next time would be different before parting ways.

Though more often than not, we’d simply call for an immediate rematch and start the whole thing up again. 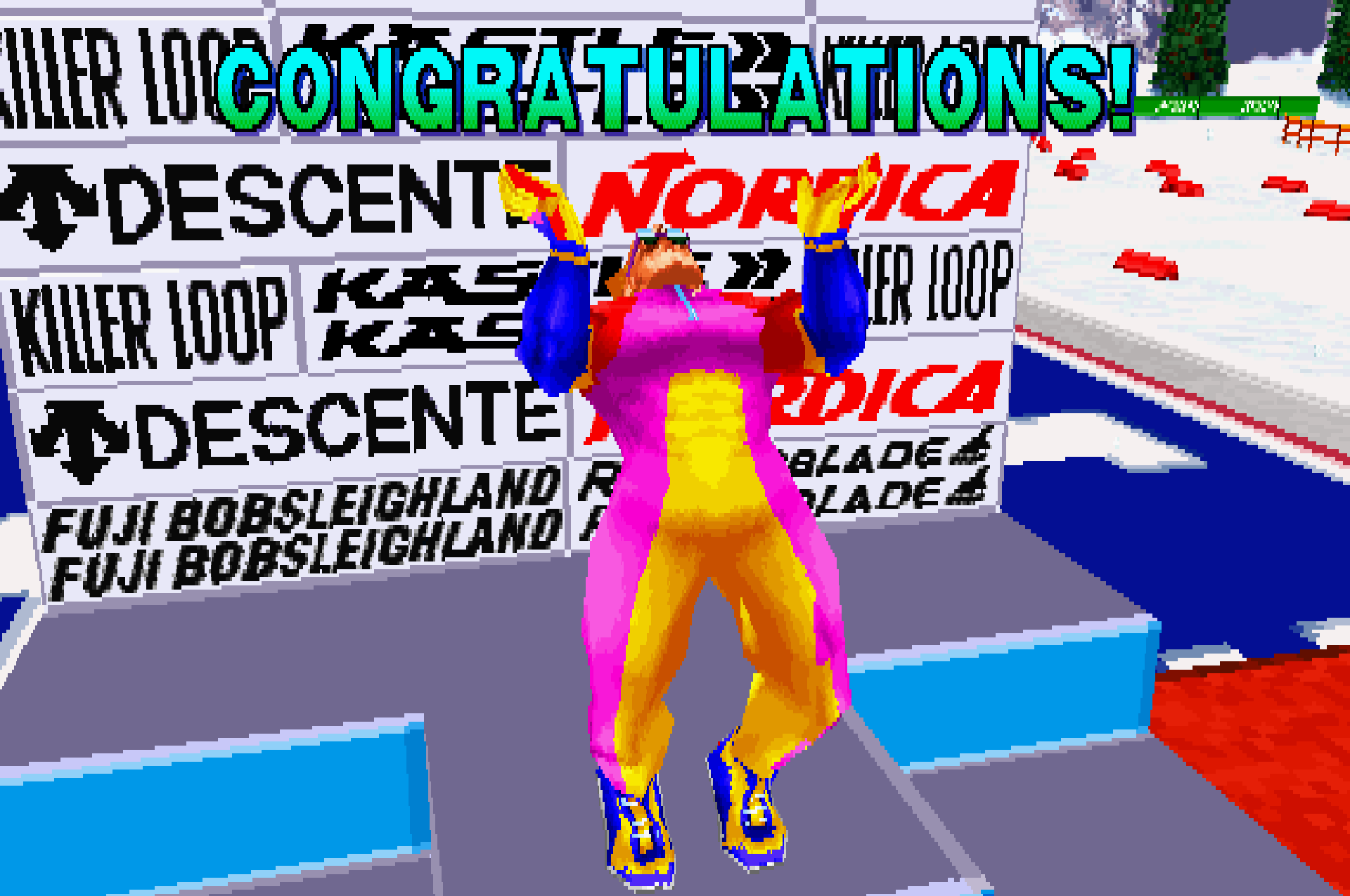 Trust Your Heart gave gamers a triumphant soundtrack to many a hard-fought night of gaming. Listening to it now is still enough to set hairs on end. It’s a wonderful, epic theme that captures the very essence of competition in with its cinematic, synth-heavy sound.