Frank Klepacki’s insistence on diversity in his soundtracks made this black-sheep song a C&C classic, argues Matt Gardner. 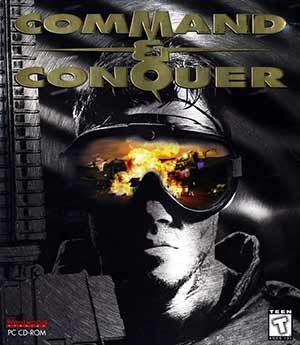 In the late 90s, my dad finally bought the family a PC. It was pretty basic, “boasting” an Intel Celeron 400MHz processor, a 3GB hard drive, and RAM measured in the low MBs. All I had to play was a handful of game demos – this was well before we had the internet – so I spent most of the time chopping and changing between shareware copies of games like Wolfenstein 3D, and single-level experiences of then-impressive titles like Delta Force 2 and Viper Racing.

One weekend, my brother bought me a present: a double pack that featured Sid Meier’s Civilization II and Command & Conquer. Of the two, Civ 2 was by far the most played – with 90% of the time spent in Cheat Mode, naturally, and every single wonder in the capital city of Gardneropolis – but C&C was, without a doubt, the one that stayed with me most.

Sure, the franchise as a whole would go on to set the bar for the entire RTS genre, but it didn’t leave a stone unturned from day one – it went all-in on every level, especially the soundtrack.

Command & Conquer’s score came at a time when games were putting serious effort into composition. The PlayStation had really started to push licensed, on-disc songs (as seen with Ridge Racer and Wipeout), while Nintendo was continuing to make waves with its scores for classics like Super Mario 64. Quality was better than ever – but still slightly shackled by consoles’ limited storage space.

Westwood Studios – knowing it didn’t need to sacrifice game content to make room for its tunes, as it was developing for PC – hired Frank Klepacki, a man who’d helped create the music for its hit Mega Drive platformer The Lion King. He’d done such a good job of it that he won himself praise from Hans Zimmer, a man who’d composed the music for the motion picture. If you’ve not heard of Zimmer, he’s perhaps best known for writing the Going for Gold theme tune.

Having enjoyed his work for the best part of 20 years, Klepacki is, in my opinion, one of the most talented game soundtrack composers of all time. Most of this is to do with his work in Command & Conquer, most notably its Red Alert series, which will undoubtedly turn up on GameTripper a few times in the future. Much of this appreciation is because of his unique style, which featured three core features that have stayed pretty consistent between the titles he was involved with:

A combination of all three is exactly what you get with Target (Mechanical Man), a track that comes in at under three minutes yet is regularly put on repeat by C&C players, even in spite of a pretty remarkable overall soundtrack. While the series also featured the instantly recognisable Act on Instinct – not least because it’s the opening song on the game, so it plays as you boot up the first level – Target holds the most memorable tune of all. 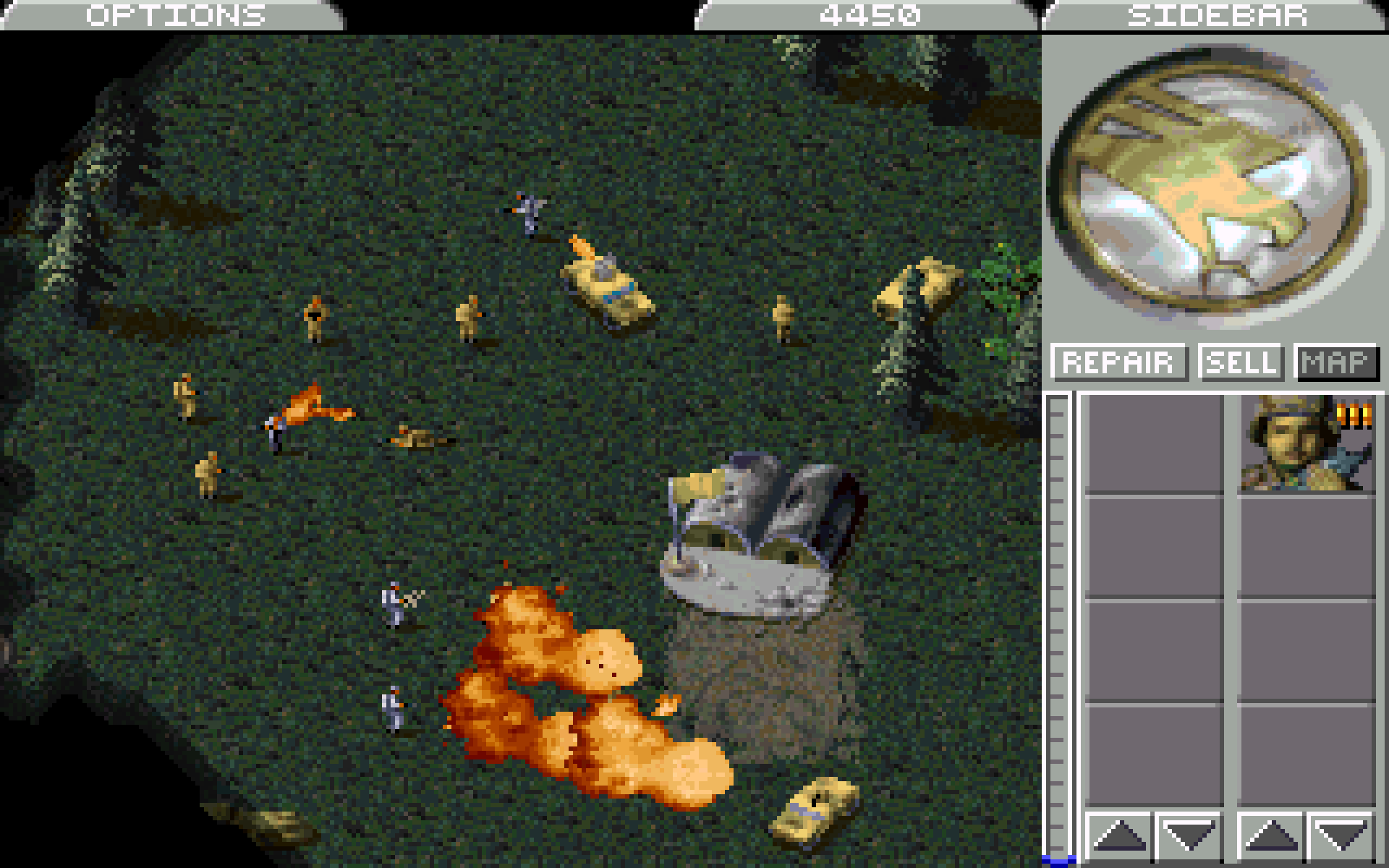 It’s all a bit impersonal to start with: a juddering beat that isn’t the friendliest, offering up only three notes across the first 20 seconds or so. But the objectivity of the music works well with the first 20 seconds of your standard mission, when you unpack your mobile construction vehicle and get your act together, establishing the core elements of your base – a barracks and refinery, first and foremost.

By the time the inimitable synth kicks in at the 25-second mark, you’ve usually got your base set up, while your units – and sometimes the odd building – are in production. As you see the timers ticking down in a clockwise direction and the first few people are getting spat out of your barracks, are given an industrialised, robotic tune. It dehumanises what you’re doing, though still sounds, well, pretty cool.

Then comes the sampling. “I’m a mechanical man,” says an android-like voice. It’s a tiny bit cringeworthy, on face value – but it’s true of what you’re seeing. The men you’re literally manufacturing for money are assembling in perfect cross formations, nigh-on motionless, and barely have faces. You’re creating mechanical men.

It’s good to be different

Overall, Mechanical Man has a vaguely Giorgio Moroder sound to it. It sounds like it should be used by Omnicom to advertise RoboCop to potential private investors, as he shoots baddies in the cock and runs over hideously deformed, toxic waste-dipped criminals to explosive, satisfying crescendos.

With the exception of the also brilliant C&C Thang, this song feels the most out of place in the entire game. Yet Target (Mechanical Man) is one of the first of many songs by Klepacki that ultimately directed the eclectic nature of the C&C franchise, and heavily influenced what was to come.

While a lot of contemporary titles abandoned their somewhat cheesy FMVs and ideas – Resident Evil being a particularly obvious example – Command & Conquer games continued to treat us with self-aware, hammy deliveries of Kane’s megalomania; Yuri’s influence in taking the Cold War to an incredibly hot one; and Tim Curry’s Soviet aspirations, which are quickly beaten down by George Takei’s Empire of the Rising Sun in one of the best game openings of all time. And, er, a pretty degrading view of women. Take a bow, Jenny McCarthy and Gemma Atkinson.

But sarcasm aside, Frank Klepacki really was one of the key masterminds of a fantastic, atmospheric gaming universe – and if it wasn’t for his courage in creating off-the-wall songs like Target (Mechanical Man), we might not have the series as many people still love it today.

Klepacki’s individuality was allowed to flourish from day one, and with songs like this one, he didn’t so much complement the game as shape it for years to come – and you really can’t say that about many game music composers.