An uncharacteristically Zen break in Sonic 2’s otherwise brutal last few levels led to one of its most wonderful songs.

Editor’s note: This is the first music retrospective on the site, and I’ve chosen Sonic the Hedgehog 2 for a reason. When I set up GameTripper, I wanted to write a wide variety of anecdotal reviews of games I’d fallen in love with over the years, while giving other talented and passionate writers and gamers the opportunity to do the same. Yet on a personal level, I also wanted to really do justice to a select handful of very special titles.

One of these is my favourite game of all time, Sonic 2. I soon learned it was seemingly impossible to keep the write-up reasonably succinct – under 5,000 words, at the very least. Although I’m not exactly known for being to the point, I’d written double that before I even felt like I was getting into it. I know that other passionate writers might come up against the same issue.

A lot of this was down to my fascination with the music of the game, and this dominated the piece. But Sonic 2 had opened me up to appreciate a whole world of VGM, and having since spoken to people about their own favourite songs, it became clear that game music deserved its own section on GameTripper. It’s often as important as the gameplay, and regularly the defining feature of a game itself.

As with our standard retrospectives, the usual rule applies: songs need to be at least five years old. But as an added law, the tunes also need to be written specifically for the game itself. And as a point of clarity (as this started to confuse even me, and I make the rules): when we talk about the song, that’s when our italics kick in. Otherwise, we’re talking about the levels themselves, which usually share the name of the level. Unnecessarily complicated? You betcha. A bit easier to process? Well, we live in hope.

One day, I’ll finally write that Sonic 2 review. Until then, well, let’s fawn over its music instead.

While Japan knows Masato Nakamura for his bass-playing antics in J-Pop band Dreams Come True, it was only really his work as a composer that saw him truly excel outside of the Far East. As the genius behind Sonic 1 and 2’s incomparable scores, Nakamura wrote zone-shaping, clever and infectious music that it proved utterly integral to the game’s atmosphere, charm and identity.

Nearly every single song he wrote had its moments. Anyone who’s played the first two Sonics will have a song they love, and most will be able to sing three or four tunes off the top of their head, even if they’ve not played it in years.

Memories do, however, fade. I need a prompt to remember Mystic Cave Zone despite it being an all-time top-five Sonic level for me (and even then, I’ll still mistake the music for its two-player alternative), and I’ll always forget Labyrinth Zone – a level which, as we all know, was hell on earth, and probably me suppressing some serious mental anguish. But some are indelibly marked on my brain, including one of my all-time game songs: Sky Chase Zone.

Look, I know what you’re thinking. Of all the songs to love in Sonic 2 – and, indeed, the entire original trilogy on the Mega Drive – why write about this one on first? Well for me, Sky Chase Zone represented refuge after a long, arduous day. And when I was six or seven years old, Saturdays during the summer were “trying to complete Sonic 2 with my brother days”. And boy, were they long. 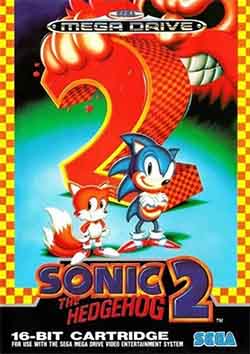 My brother was (and, coincidentally, still is) 14 years my senior. Neither of us were particularly great at games, but we weren’t daft. The whole reason we could play Sonic 2 – and on a Mega Drive, as we didn’t own one – was because of his university buddy, Dylan.

To say Dylan was a character doesn’t quite do him justice, but his real defining characteristic was this specific, impulse, computerised purchase. It was the early 90s, and student loans weren’t really a thing. Also, £300 was a lot of money. So Dylan went to a bank, got one out and, on a day trip to Dundee, bought a Mega Drive 2 with Sonic 2 and FIFA International Soccer, alongside a gumball dispenser and a Mickey Mouse beach towel.

Money well spent, obviously, but he also quickly realised that his mother wouldn’t think the same. So, he did what any independent, intelligent man of conviction would do: he ran away from the problem by giving it to my oldest brother, who’d bring it back to the north-east each summer.

Sonic 2 was my first taste of gaming outside of the Commodore 64 and ZX Spectrum, and it was the most exciting thing I’d ever experienced.

Saturdays with the fam

Sky Chase Zone presented a relaxing lull in the action at a point of our day where it was very much needed. It followed the love-it-or-hate-it Metropolis Zone – home to endless, looping madness with a 137bpm tune underscored by a bassline which was double that. Everything moved around you, from the usually-static backgrounds to the 3D-effect mesh tunnels. It was trippy, intense and back-breaking.

Then, after beating this THREE-ACT zone (something that still trips my head, even now), you were listening to Sky Chase Zone, as you once again paired up with your best bud Tails. As you stood on the wings of his biplane, the music captured the very essence of flying calmly through the skies. You faced relatively inert bad guys while the 107bpm tune – which was even slower on the European PAL version, as it ran 1/6th slower than the NTSC version – brought about a sense of serenity, giving you Zen-like focus to pick off foes while Miles improbably caught you in every circumstance.

Waves of enemies barely troubled you. Why would they? You were on a plane, no longer needing to roll around death-defying loops, avoid spike traps, launch yourself off flippers, stop yourself drowning in oil, or even avoid a lava rush following an earthquake. You stood on a plane, wondering why you didn’t just fly to the Wing Fortress in the first place.

However, Sky Chase Zone’s repetitive arrangement, soon put you at slight unease. The song repeated around every 40 seconds, but once it’s finished its first playthrough, the synthesiser playing the main tune turned from positive to cynical. It got a little depressing; it hit a harsher tone. You wondered what was about to come to fight you, but it turned out to be just more of the same. You were still in your happy place; you didn’t need to worry.

The fact that you didn’t even face a boss at the end was in itself an oddity. The Sky Chase Zone level was the last bastion of safety; you could stand and chill, because there was no rush to get where you needed to be; even the baddies looked like fucking turtles, which were as cute as they were useless. The beauty and serenity of Sky Chase Zone was preserved.

Instead, towards the end of the outing, the huge flying base of Robotnik floated behind you in the background, before the screen faded to black and the calm was overridden by the chest-thumping, militaristic and dystopian Wing Fortress Zone. As soon as you moved onto this next stage, your plane got shot down by Dr Robotnik’s Wing Fortress, with Tails’ fate being thrown both literally and figuratively up in the air. Your musical interlude was over. Get back to work.

And yet for all the sharp contrasts between the songs of this pair of airborne levels, there was a pretty seamless transition from Sky Chase into Wing Fortress. The beat held the same 107bpm, and the wistful undertones kept you feeling airborne. Still, playtime was over – you ain’t in Sky Chase Zone anymore, but at least you were left with a sense of renewed purpose when the opening drums pounded, and the mechanical landscape pushed you on to find Robotnik and avenge Miles “Tailspin” Prower.

But that’s a story for another time. And there will be another time, because as I hope I’ve established, I’m fucking obsessed with Sonic 2. Cap doffed, Mr Nakamura.

Going against the grain of the faster, more intense songs of Sonic the Hedgehog 2, Sky Chase Zone was an anomaly – but it was beautiful, and perfectly timed ahead of the final two stages’ true tests of gaming ability.