What better music to accompany a truly mad boss level than the cheesiest cock-rock known to man? Matt Gardner looks at one of Die Hard Trilogy’s long-forgotten tracks. 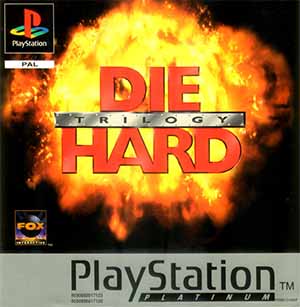 Picture the scene: having used an array of vehicles to literally drive into bombs and defuse them via, er, detonation – and in a densely packed city, no less – you find yourself on a quayside in a car that you physically aren’t allowed to exit.

Now, it’s up to you to chase a helicopter against the clock, using handily placed launch pads to propel your vehicle into said chopper. Accompanying you on this improbable boss fight is the song Simon Gruber – named after the very villain you’re attempting to kill with vehicle-on-vehicle violence.

Welcome to the gaming adaptation of Die Hard with a Vengeance, the third and final part of PlayStation classic Die Hard Trilogy. The collection, which amounted to little over four hours of playtime across its three sub-games, was a major early fixture in most people’s collections in the mid-to-late 90s, not least because it was dependably dirt cheap if you picked it up second hand.

It was inexpensive for good reason, too. The only true saving grace of Die Hard Trilogy was that you got three games in one, mitigating the somewhat austere graphics, wonky controls and generally average gameplay. It didn’t do anything ground-breaking, but you had access to a number of sorta-new experiences. To break it down, you got: 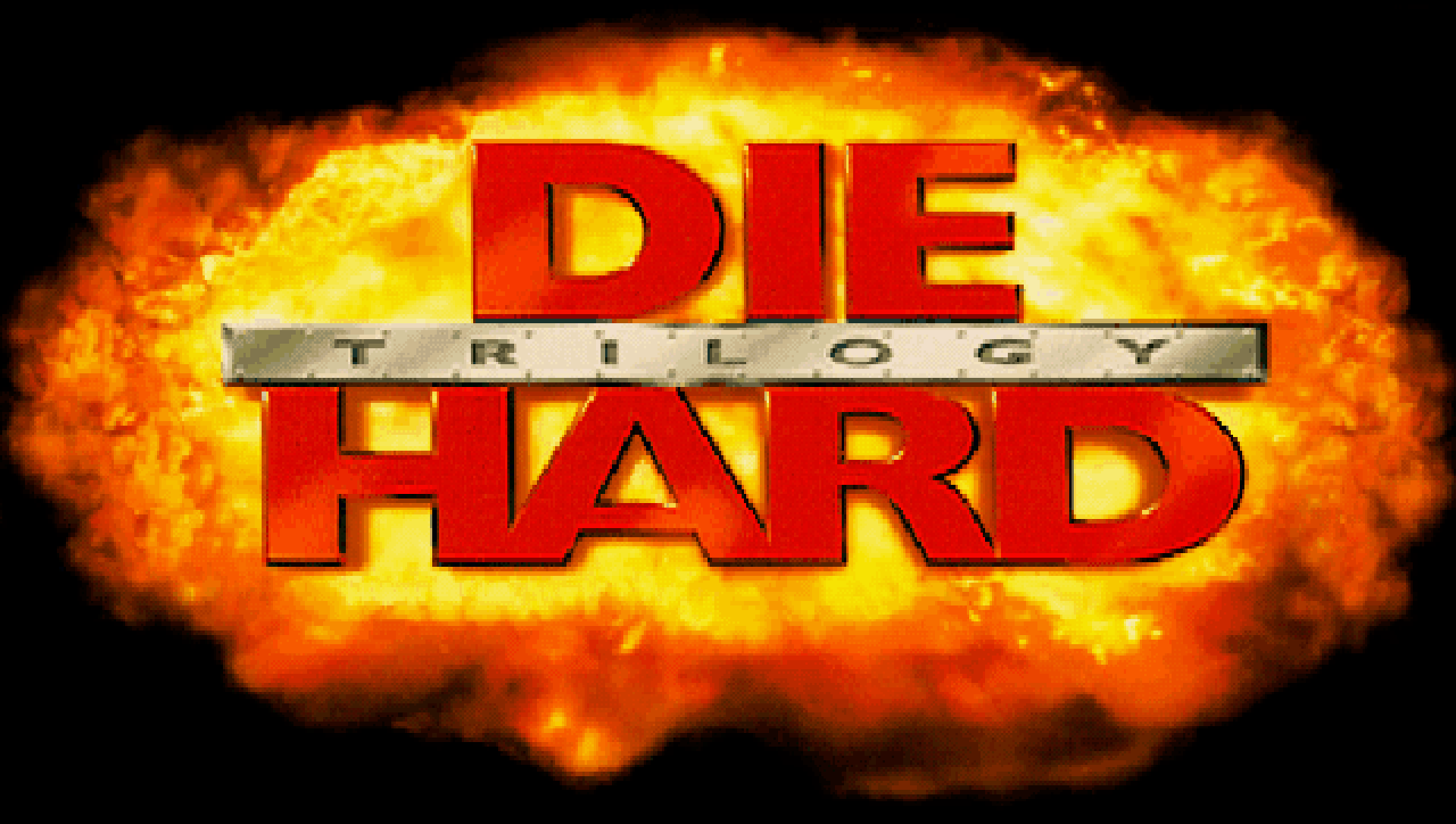 I’d picked up Die Hard Trilogy for about £12 in 1998, shortly after getting my PlayStation for Christmas. It was one of my first five games; after killing the same baddies repeatedly in the Die Harder demo – an experience I’d only previously had in arcades, or during the FPS sections of Alien Storm on the Mega Drive – I just needed to get it.

Yet of all three games – and despite it generally being my least favourite of the three – Die Hard with a Vengeance has stuck with me more than its counterparts. It was notoriously unforgiving, and a brutally nerve-shredding, constant race against the clock. In it, you used a variety of vehicles to regularly buy yourself seconds by collecting yellow “TIME” roundels, then detonating dozens of Simon Gruber’s bombs on the poorly-rendered streets of New York City. I hated it at first, but soon after overcoming the often-difficult Die Hard and finally making it to the end of Die Harder at my friend’s house (I brought the game; he’d never part with his Logic 3 Predator), it was the only option left for a completionist like myself. 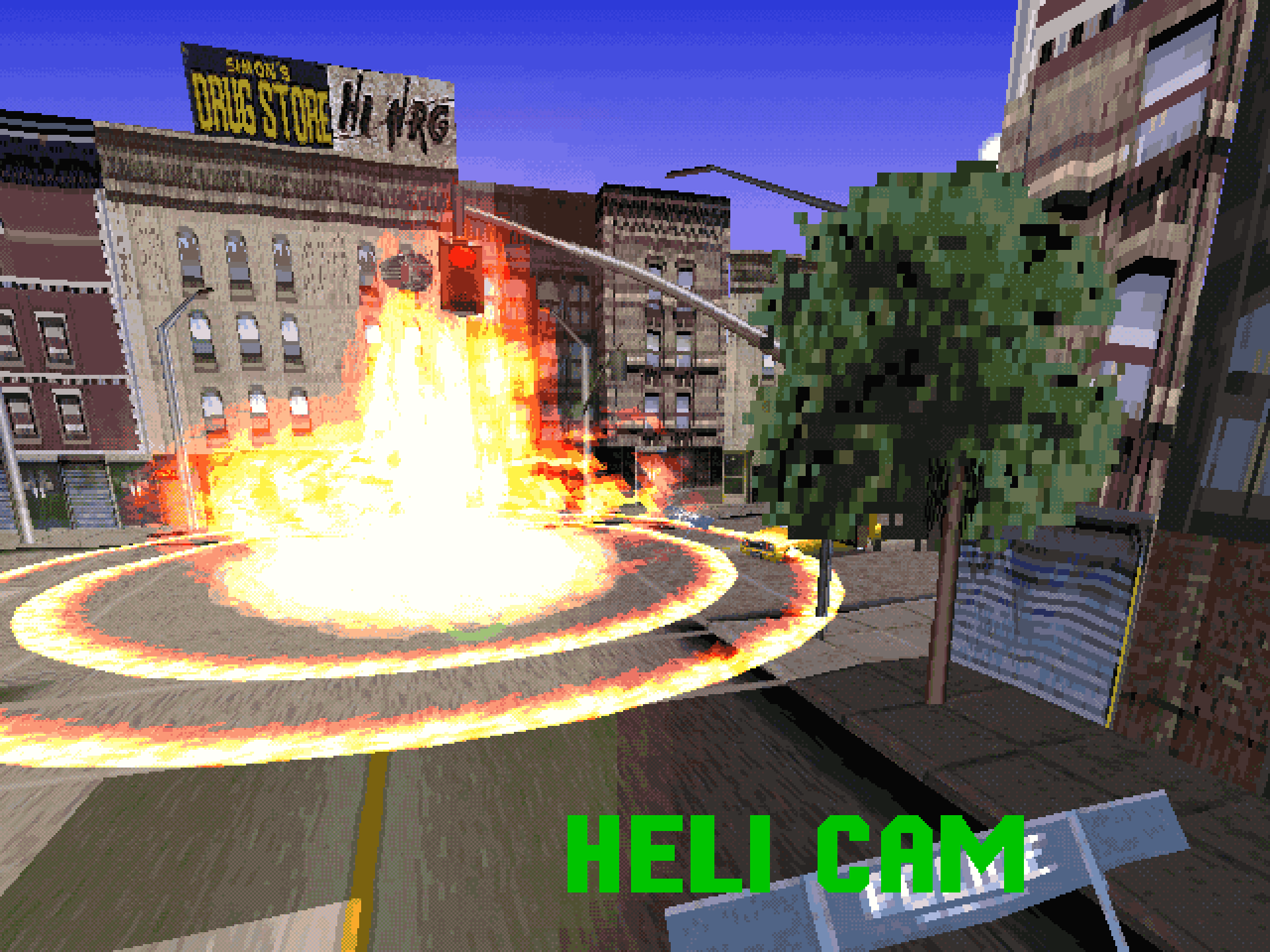 Most people probably only remember its first level, owing to its take-or-leave gameplay and shockingly unbalanced fairness. Between the non-sequitur voiceovers of Bruce Willis and someone clearly pretending to be Samuel L Jackson, you had this booming, scratch-laden “hip-hop” song – a somewhat half-hearted effort that wouldn’t’ve been out of place as menu music on Tony Hawk’s Skateboarding. Other songs from the game faded into the background, if you could even detect them at all.

Luck of the draw

One day, this all changed. With repetitive attempts came accidental – and incredible – progression. After a couple of months of occasional efforts to get past level five, I lucked my way through to the last level with six lives remaining. Along this improbable journey, there was no section where I had to get exactly four litres of water in a five-litre jug; I never found myself tied to a bomb on a boat; and, more specifically, I didn’t find myself in Quebec courtesy of an address on an aspirin bottle. No, I was on a random quayside.

One thing that was true to the film, at the very least, was Jeremy Irons’ Simon Gruber presenting you with one last hurdle – and he was also in a helicopter, just like he was in the movie. Yet instead of taking the opportunity to shoot a power line to drag him to the ground as happened on the silver screen, you had to propel your car into the air and twat his flying machine. About six times. Obviously.

And as you entered your car at the start of the battle dressed like Mormons – I still wonder why you’d exited it in the first place (maybe they really needed a piss?) – one of the greatest last-level songs of all time kicked in. Seemingly known as Simon Gruber – or Quay by many others – the tune set the scene absolutely perfectly with its 70s rock approach. It geed me up – all I wanted to do was hammer the accelerator and, well, figure out how the hell to take him down.

The entire game came together, and while the level once again suffered from rather average design, it didn’t matter. As a song, Simon Gruber seemed to refine the senses. Cornering became a breeze, and roundels were picked up first time, and with great accuracy. The guitar and bass complemented each other perfectly as they knocked out a positively excitable repetitive riff, making you feel invincible as you chased the low-flying helicopter over piers and around coal dumps.

Then, at around the 1:10 mark, the guitarist just lost his fucking mind. In the 15 seconds that followed, the song hit such a wonderful crescendo – one that was only matched the perfect timing of my car cannoning into the helicopter for the first time of many. I remember actually standing up and cheering, despite being nowhere near defeating Gruber, only to realise there was still a long way to go. It was a bit embarrassing, but the song was there to wipe that red face away in seconds, as I eventually went on to smash the shit out of Hans’ less enigmatic brother, win the game and claim a reward in the form of a sub-ten-second FMV.

Only later did I discover the true delight of the song, which was in its sound effects. Nowadays, you know that VGM is designed for a level by the cues its music will take from, say, the landscape, its inhabitants or the mood of the moment. Not with Die Hard with a Vengeance, though.

“It’s on a quayside,” Stephen Root probably told fellow composer Neil Palmer. “What do you reckon we should do to convey that?”

Neil will have looked down into his half-empty can of Castlemaine XXXX, furrowed his brow, sighed, and replied: “Well, we best stick some seagulls in it, really.”

I suppose that game compression wasn’t easy back then, and the fact that (realistic) music could take massive chunks of disc space meant that combining VGM and SFX would have probably been a clever move. Then again, I never thought the result would be like hearing Deep Purple playing Highway Star on the pier in Weston-super-Mare.

Despite being silly fun of the highest calibre, the last level of Die Hard Trilogy was ridiculous. However, the developers were entirely vindicated by their incredible prescience; in Die Hard 4.0, Bruce Willis literally drove a car into a helicopter in New York, though he admittedly had the common sense to jump out of the car ahead of its improbable connection with a pair of flying bastards.

Still, it didn’t have a tune like Simon Gruber to go with it, rendering the whole thing pointless. Not as pointless as A Good Day to Die Hard, mind.

Not-so-great games often only need a little kick up the arse to get you truly engaged – and all it took was a throwback song in Die Hard Trilogy to make its finale end on a fantastic high, both figuratively and literally.