By Matt Gardner January 2019 No Comments

The repetitive, 12-note tune of Secure Place was the only thing needed to create a feeling of temporary sanctuary in RE2’s world torn apart by zombies – and affirmed Matt Gardner’s dedication to VGM as the main means of full immersion in any game.

I won’t be experiencing Resident Evil 2’s modern remake now that it’s finally been released, and I don’t think I’ll ever pick it up. I may be nearly 20 years older than I was when I played, loved and then obsessively speed-ran the original RE2, but I just don’t think I can stomach the horror of it all now. 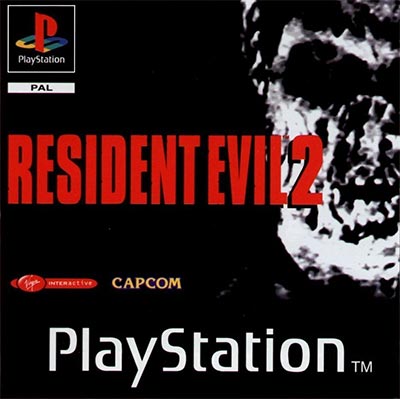 I don’t have a more nervous disposition than I did when I was an early teen, but back then, Resident Evil 2 was a wholly different affair. Gore rarely transcended puffs of red mist during a zombie bite, or the outright showers of pixels that burst forth after gloriously separating a shuffling cadaver’s torso from his legs with the shotgun (a waste of ammo, but always worth it).

That’s not to say the original wasn’t genuinely intimidating; far from it. For every big scare that you could anticipate once you’d experienced it the first time – the one-way glass-destroying Licker, the final moments of Brian Irons, the zombie hands bursting through the barricaded windows – its more visceral aspects relied heavily on interpretation, as it was otherwise hampered by the capabilities of the PlayStation. Instead of relying on graphic fear that was, as the time, only portrayed in horror films, it forced you to develop fears internally.

The remake does this and so much more, not least because it also reworks much of its forerunner’s storyline, which I know like the back of my hand. Adding to this less campy and darker tone is an ostensibly Doom 3-esque torch-powered low-light shindig with an over-the-shoulder view that forces you see what your character sees. Or, due to a lack of light, can’t see.

Hiding in the dark are zombies that are built in layers of bone, rotting muscle and dead tissue which realistically blasts off their faces when shot, or tears ungracefully off their arms when slashed with a knife. It’s a long way from the grubby-looking, detail-lacking monsters of the original, which came in approximately five palette swaps (cop, different cop, girl, man with grey shirt, man with white shirt), whose faces were identical: each sporting a knackered right eye and a look of utter indifference. 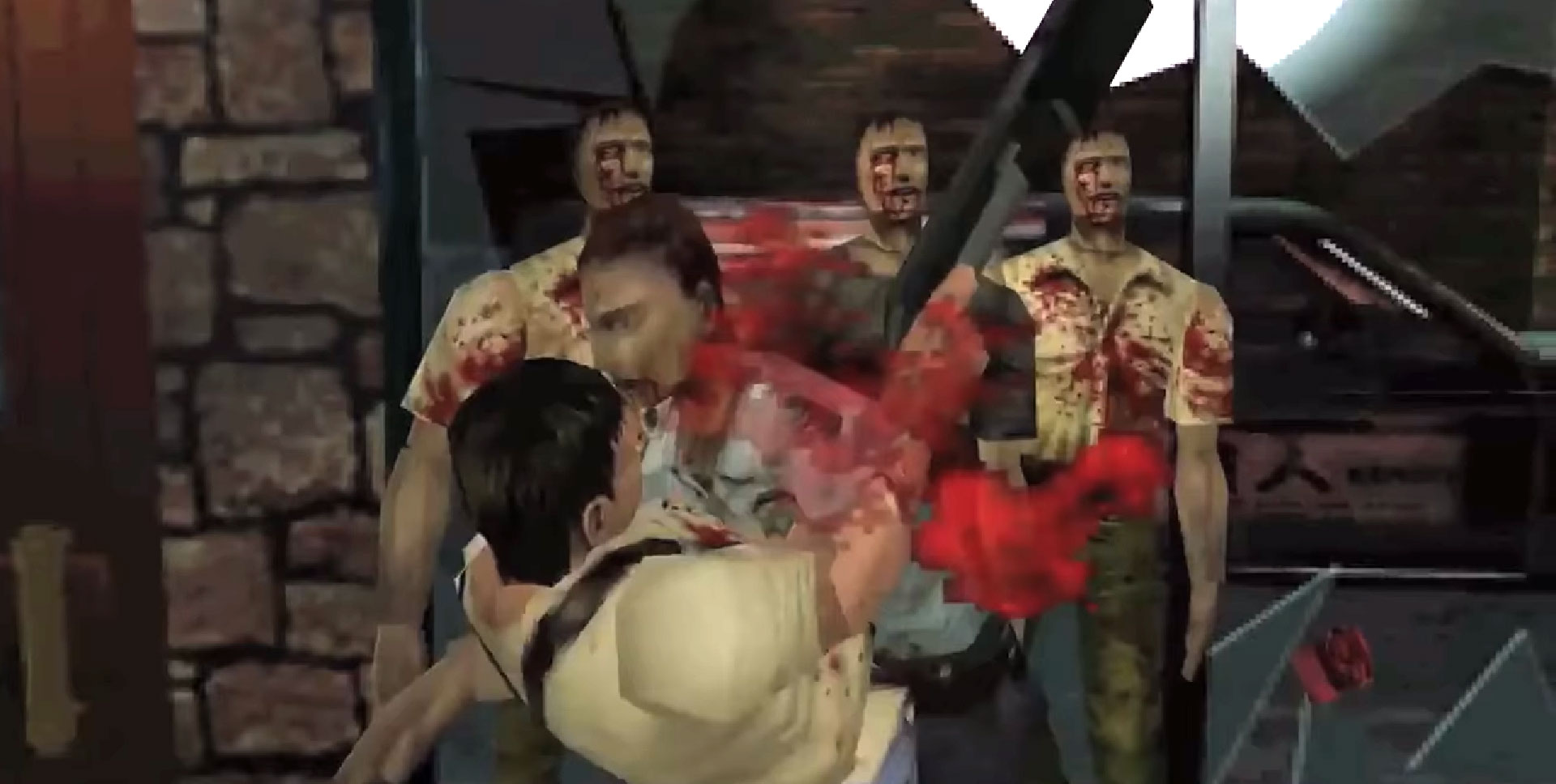 Yet the scariest proposition of the REmake is the way that save points have evolved to cater better to an expectant modern gamer. 2019’s Resident Evil 2 introduces an autosave feature: one that eliminates the need for you to find those infamous ink ribbons and save solely via typewriters during your journey through Raccoon City. These typewriters, when discovered in the 1998 release, provided the very few moments I felt slightly safe during the original experience.

Powering this sensation of sanctuary was the rightly-titled song Secure Place: a tune which halved my heartrate and finally stopped certain unnamed orifices twitching within mere seconds of hearing it. Coming in at just 57 seconds long, Secure Place wasn’t intended to be listened to for long – presumably because the developers designed these safe rooms to be a dash-in-save-dash-out affair – but for late-90s me, it’s the only song that I remember from the game. It wasn’t because it was particularly memorable: I just spent so bastard long listening to it.

Sometimes, when fear had fried my nerves, I’d find myself sprinting for literally two minutes from one side of the police station to the other, just for the feeling that typewriter rooms gave. Whether I’d been overwhelmed by a couple of sequential zombie bites or I’d completely slaughtered the hordes en masse, the oppressive corridors and guttural SFX regularly got too much. I needed that boost from Secure Place: one where I could listen, relax, and have Leon or Claire’s low-res faces look off into the near distance with a hint of judgement, presumably thinking about their teenage master’s abject lack of bravery.

As I replayed Resident Evil 2 time and time again, I learned to enter these rooms as a matter of course. Even as my skill level exploded and I saved the game fewer and fewer times – comfortable in the knowledge that I could run past zombies or I had the tools to clear them out during my next escapade – I’d still go into typewriter rooms for a breather and listen to those eerily comforting 12 piano notes of Secure Place, resetting my mood and steeling myself up once again. 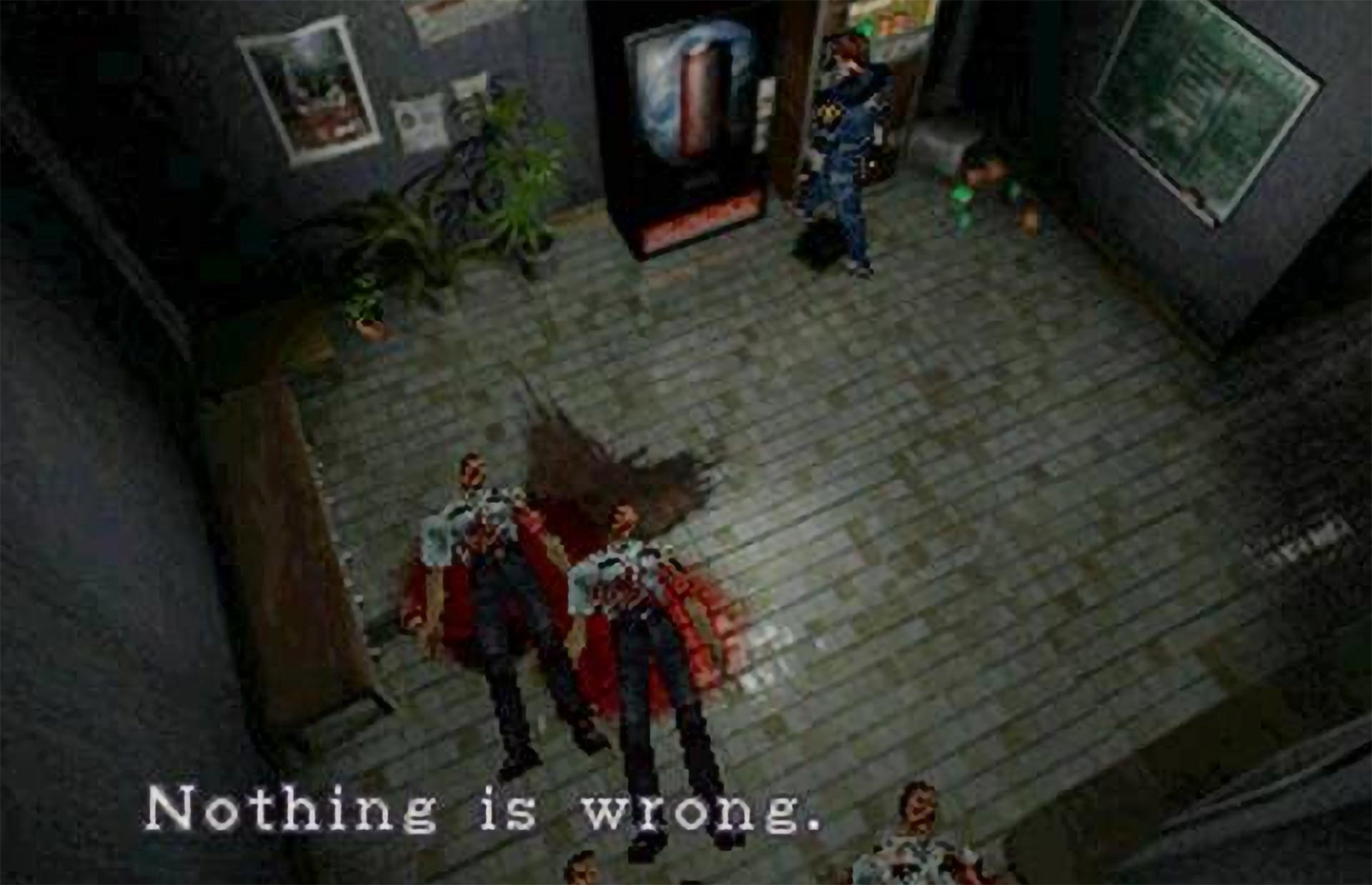 Enjoy what you’ve got

The main reason I have such a connection with this song is because it solidified my opinion that I should never listen to anything other than in-game music and sound effects. While many of my friends at the time would regularly play albums by The Offspring, Oasis, Green Day or Nirvana as a means of entertaining themselves while gaming (and presumably detracting from the horror, when they play games like Resident Evil 2), I knew it was wrong.

I was yet to get into FFVII’s incredible score, but games like Wipeout 2097 and Command & Conquer had already underlined the importance of professionally produced in-game music as a means of creating an atmosphere or simply complementing the experience. Composers were finally central to in-game experience, whatever their style – and you don’t get three styles more different than those of Nobou Uematsu, CoLD SToRAGE and Frank Klepacki.

Masami Ueda’s Secure Place was the icing on the cake: an otherwise unimpressive song that would’ve been forgotten if it was used in a police station corridor, the Umbrella lab or the underground sewer system. It had purpose: it was designed to give you a dull feeling respite, in a world the song knew had gone to absolute shit.

As I refined my speedruns, I found myself sitting a couple of minutes behind those times posted in CVG Magazine, on rickety forums stumbled upon by pure accident, or recorded on billboards at game fairs I visited. I came to a terrible realisation: I had to sack off these moments and face the experience in its horrific glory if I was to get the fastest time.

Without this musical comfort blanket, my next few runs were noticeably slower. My confidence was completely shot. I abandoned my efforts to get the best fast times, never to return to the challenge for another couple of years. 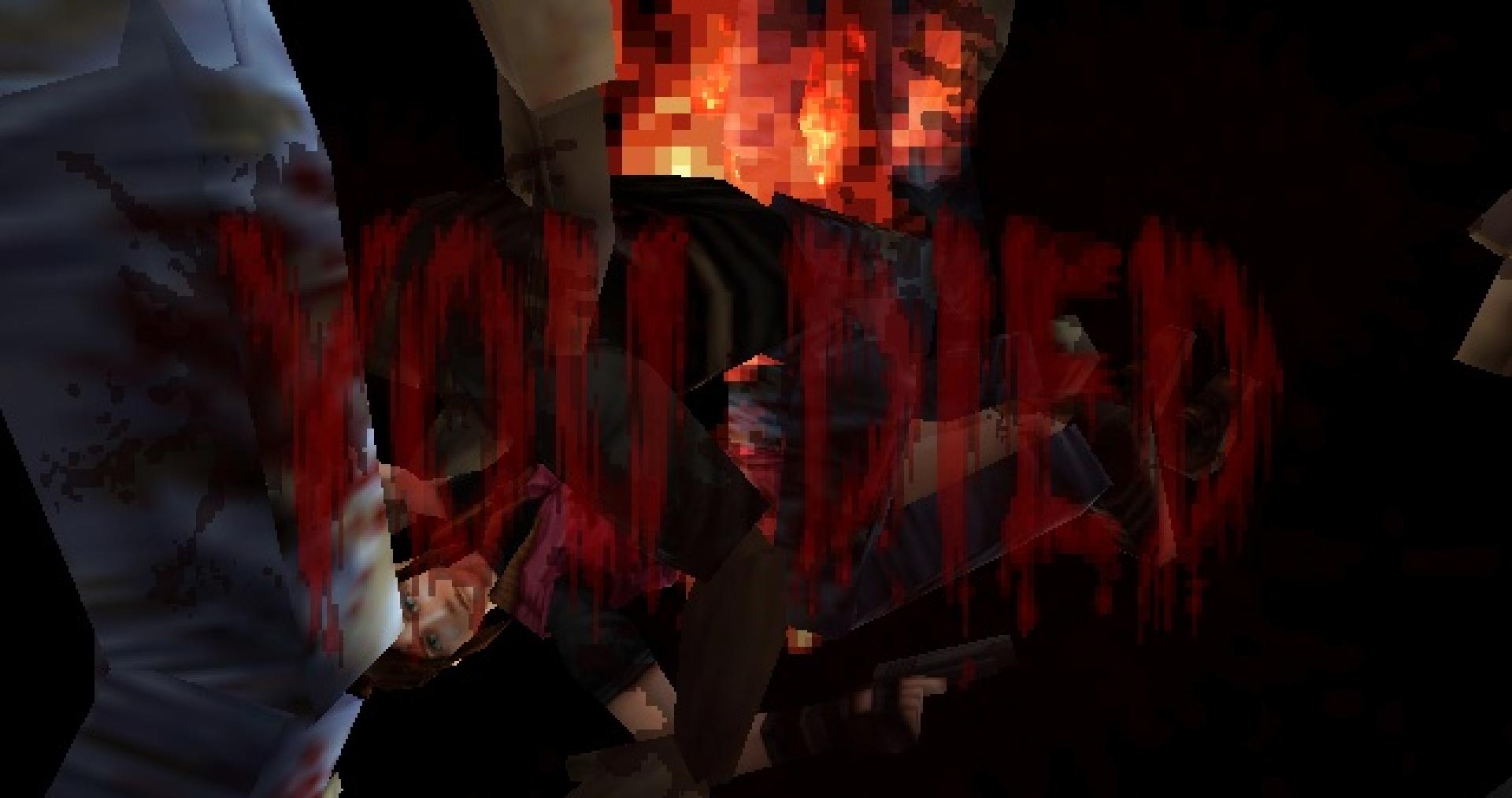 Going back to its roots

While Capcom confirmed that the ink ribbon system would indeed feature as the sole way to save progress in the game’s hard mode, it’s only something accessible by those who truly want to punish themselves in a devastatingly gruesome, arduous experience already powered by adaptive difficulty. I’d much rather keep the typewriters on regular playthroughs, as those opportunities to catch my breath are absolutely what I need during what sounds like the single best zombie experience in modern gaming.

This, however, presumes these typewriter rooms use the right music for the moment. Masami Ueda’s Secure Place may be updated, replaced, or outright discarded in favour of truly driving that horrific experience home. I hope for the sake of gamers everywhere that it’s the former.

Not that I’ll never find out; I’m not playing it. I’ve just bought a new couch for the man cave and I’d rather not shit it.

Secure Place was the final step in forcing me to take game music seriously. The promise of a safe room with its safe music on the horizon was often the sole thing that pushed me through the game. After writing this while listening to Secure Place on loop, I’m now scared to open my study’s door into the rest of the world.