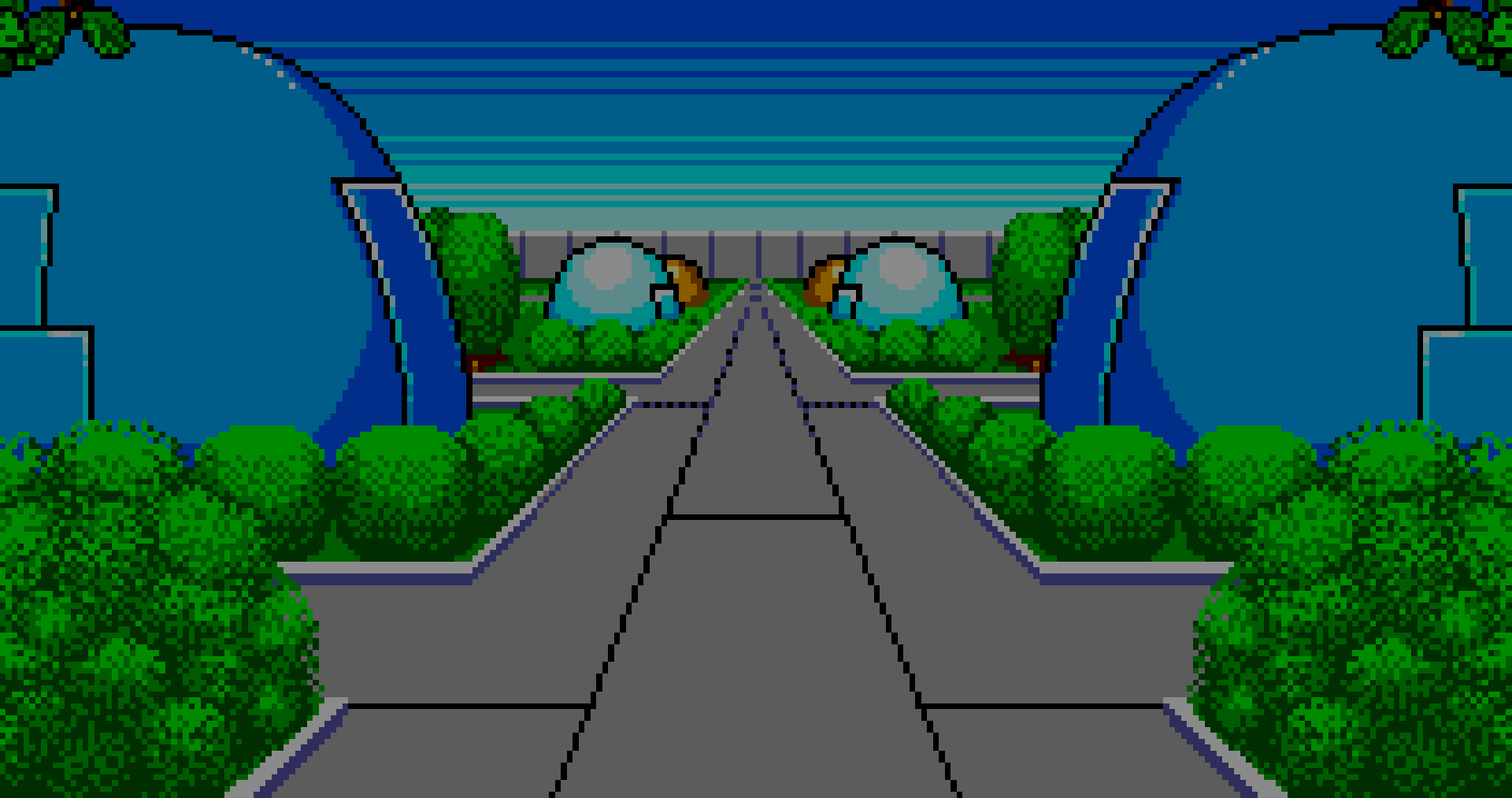 The mysterious music that came from within a tower south of Gothic in 1987’s Phantasy Star stopped Alan Fowler in his tracks as a young boy, and left him with a vivid memory of powerlessness and intrigue that fostered a love for early RPGs.

I must’ve been five or six years old when I first played Phantasy Star. I still remember picking it up for £3 at the local second-hand game store and staring at the wonderful box art on the bus-ride home. I also remember the indifference I felt when I first put the cartridge into Master System and switched it on. 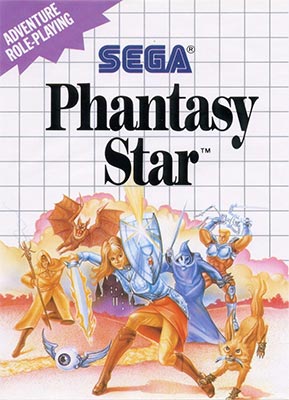 It was nothing like what I’d allowed myself to imagine. It certainly didn’t resemble the artwork, and it was totally different to every other game I’d played. In fact, I’m pretty sure I considered returning it. Thankfully, in the weeks that followed, I forced myself to give it a chance. I became absolutely captivated, and here I am, 25 years later, trying to convince others of its sheer brilliance.

On its release in 1987, Sega’s original Phantasy Star was nothing short of groundbreaking. Not only was it one of the first cartridges to have memory space to save progress, it was also the first RPG to feature a female protagonist. Additionally, it incorporated 3D dungeons into its gameplay, and it had a fantastic storyline that laid the groundwork for an entire series.

Understandably, it’s now widely considered to be an early pioneer of role-playing video games. Of course, it had some rather outstanding music too. I could write an entire article about its three magnificent dungeon themes, but I feel it’s important to discuss the one that had the greatest impact on me when I first played the game: Tower Theme (Dungeon 2).

My first memory of Tower Theme is one I’ll never forget. I’d become so used to the calm blue hues and plodding music of the simple early dungeons, that when I entered Medusa’s Tower, saw the red-orange brickwork and heard its relentless and mysterious sounds, I was plunged into a completely new world. It was ​a world​ I could only imagine to be impossibly hard to navigate. In fact, to my shame, I turned around and left without having stepped a single foot forward into the tower itself.

One of the wonders of early RPGs was the anticipation of finding yourself in way above your head. Without realising, you could step into a part of the map that was only intended for you to encounter when your characters were ten times stronger; this had been one such moment. The music seemed to tell me that I’d gone too far and that I needed to turn back immediately.

On the surface, being exposed to the warning colours of the tower setting in itself had been enough to get my senses heightened. ​By delving​ deeper into the music now, it becomes apparent that Tower Theme also played a large part in building the intensity of the experience. Coupled with our 3D, first-person view of the maze, the synchronicity of ​the​ music and the gameplay helps to fully immerse us in the game. This is how it’s able to make us feel so isolated and exposed to the dangers that lie in wait.

By communicating with us from the moment it is heard, Tower Theme forewarns us of the treacherous and unfamiliar path to come. Being a faster tempo than the majority of the music in the game, it immediately raises excitement levels and toys with the ears, keeping us unsettled simply by refusing to settle in a major or minor tonality (for the music buffs out there, it achieves this by using the ambiguity of the natural minor/aeolian mode). This is what gives the piece such a mysterious quality.

Furthermore, whether by accident or with masterful purpose, Tokuhiko Uwabo managed to use music to embody the process of us fumbling our way through the maze. Just listen to the frantic opening of the melody, which can’t seem to decide on a direction. Before long, it finds its way just like us, and by using a rising and falling motif, it perfectly resembles our ascension and descension through the many levels of the tower.

By mirroring our uncertain progress through the tower, the music changes its function. Deep into the tower, the music no longer gives a feeling of trepidation; instead, it drives us on, subtly giving a little reassurance that we are on the right track after all. In the age of the first RPGs and their lack of clear instruction, music could sometimes be considered – perhaps surprisingly – a form of guidance. 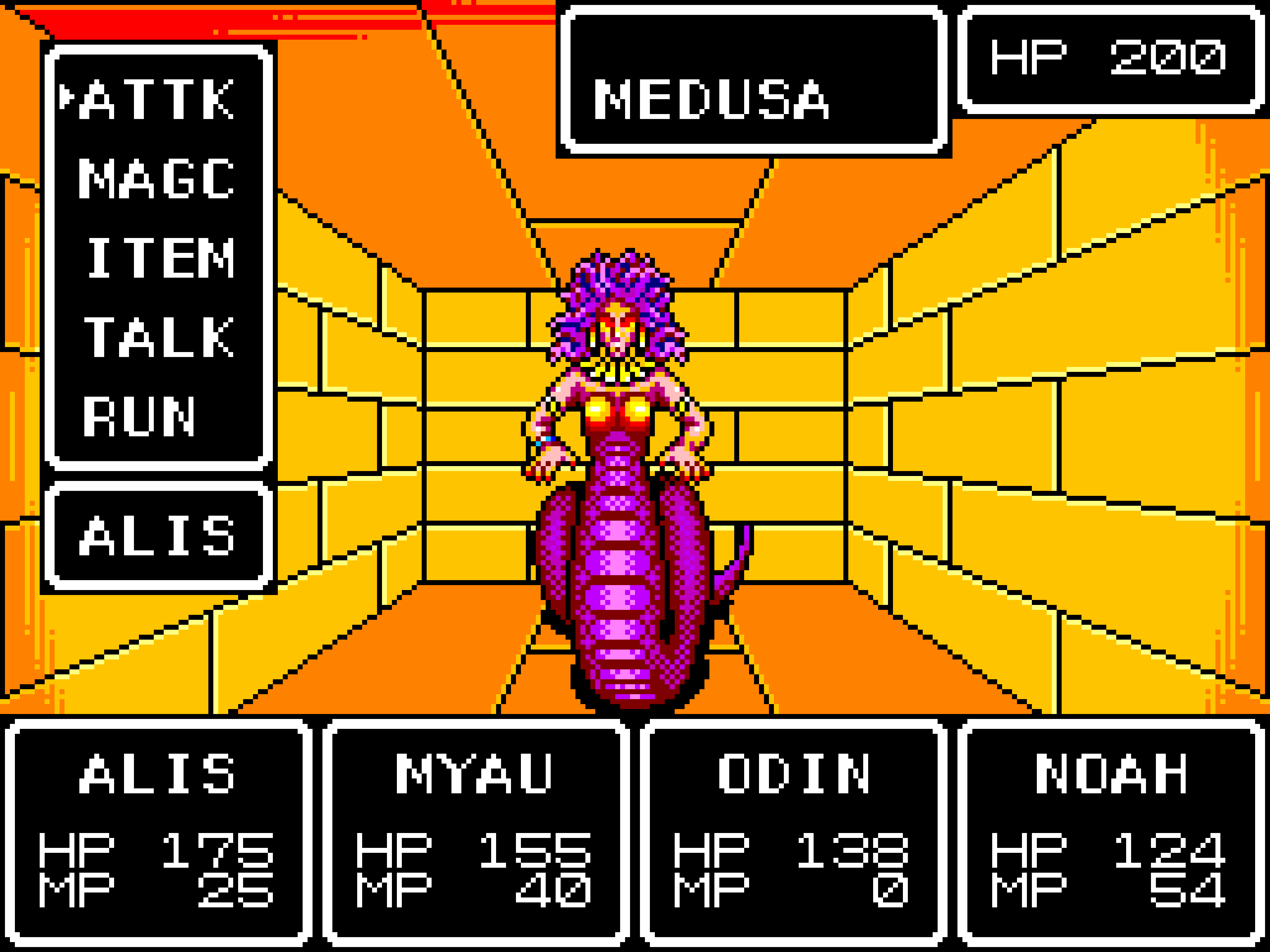 Bravery and the aftermath

I still remember going away, strengthening my team, and building up the courage to enter Medusa’s Tower for the second time​. Enthralled by Tower Theme, I bravely fought my way through the Reapers and Green Dragons, ​finally​ ending up at what had to be the door to Medusa’s lair. It was. Somehow, with a little help from the trusty mirror shield, I avoided the instant petrification that was sure to come from the Gorgon’s gaze and defeated her.

Still charged from the adrenaline, I cast Myau’s exit spell and emerged back into the beautiful, safe, green world of Palma and its soothing music. All the tension I felt on entering the tower began to dissipate, perfectly balanced by the relief of getting out alive. I made my way to the familiar comfort of Camineet – Alis’ hometown – rested up, equipped Odin with my newly acquired Laconian Axe, saved the game, and turned it off.

I’d had enough excitement for one day.

Alan Fowler is a composer for video games and film, and has re-arranged the complete Phantasy Star soundtrack for solo piano. You can visit his website here.

The way in which Tower Theme is able to mirror the gameplay so effectively is to be marvelled at. It’s so intelligently composed that it serves multiple functions without ever changing from its infinite loop. It can be a warning to rookies, but it can offer reassurance too. Most importantly of all, it helps to fully immerse players in the beautiful, grainy, 8-bit world of Phantasy Star.