By Daniel Driver November 2017 No Comments

The soundtrack to the Ecco the Dolphin games is generally a collection of slow, mournful, ambient tracks, with few exceptions. In Ecco: The Tides of Time, one of those exceptions is akin to a dolphin rave that successfully encapsulates just how bonkers the series truly is.

If you’re old enough to remember gaming in 1993 then there’s no doubt you’ll remember Ecco the Dolphin. To this day, opinion is divided on its quality, but few can argue that it was both a lush-looking game, and that there was very little else like it. It was a game that evoked feelings of sadness and loneliness from the off, Ecco’s family having been swept away in a freak storm. Its soundtrack reflected this with some synth-heavy ambient music that captured the emotion of the recently orphaned sea mammal.

Of course, Ecco the Dolphin was successful enough to earn a sequel that improved on the original in just about every area. Ecco: The Tides of Time also brought with it a shift in tone, both visually and audibly, with music that had more menace, more urgency and most importantly, more bass.

Story-wise, Ecco was back with his family, the alien race that captured them was defeated in the first game, and as a player, you’d already experienced the musical tone shift at the end of the first game with Welcome to the Machine (which easily warrants its own piece). In the follow-up, the music did a great job of telling that story and garnering those feelings. It was still primarily atmospheric and emotive, though, so the similarities to the first were there.

And then you got to the Tube of Medusa. 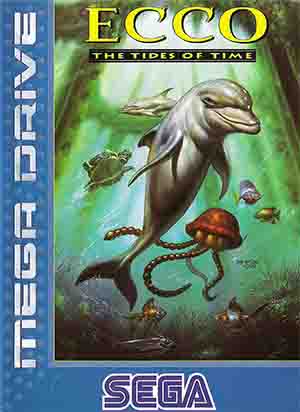 Ecco: The Tides of Time

I’ll set the scene: the Vortex – the aliens from the first game – were back and it was up to Ecco to defeat them yet again. Part of this involved travelling forward in time to a future where dolphins had evolved to the point at which they could fly (yes, really), and meeting an ancient being that assisted you in the original game. To get there as a non-flying dolphin, you had to journey through the Skyway, an enormous water-based sky bridge guarded by Medusa – a gigantic, blood-red flying squid!

I’ll forego any commentary on how the flying dolphins of the future treat their differently abled aquatic counterparts and get into the music. I remember when I first got to the stage in question, in awe of the futuristic setting and a little wary of the fact Ecco was swimming several miles above the earth’s surface. But then the music kicked in and in my hands, Ecco transformed from curious dolphin to aquatic super hero, barrelling through the sky like a fishy battering ram. In truth, the level was an absolute pig to play, mostly because when Ecco succumbed to Medusa’s tentacled grip, you were cast off the Skyway and sent two levels back! However, I persevered because the music drew me back and gave me the energy and impetus I needed to finally proceed. 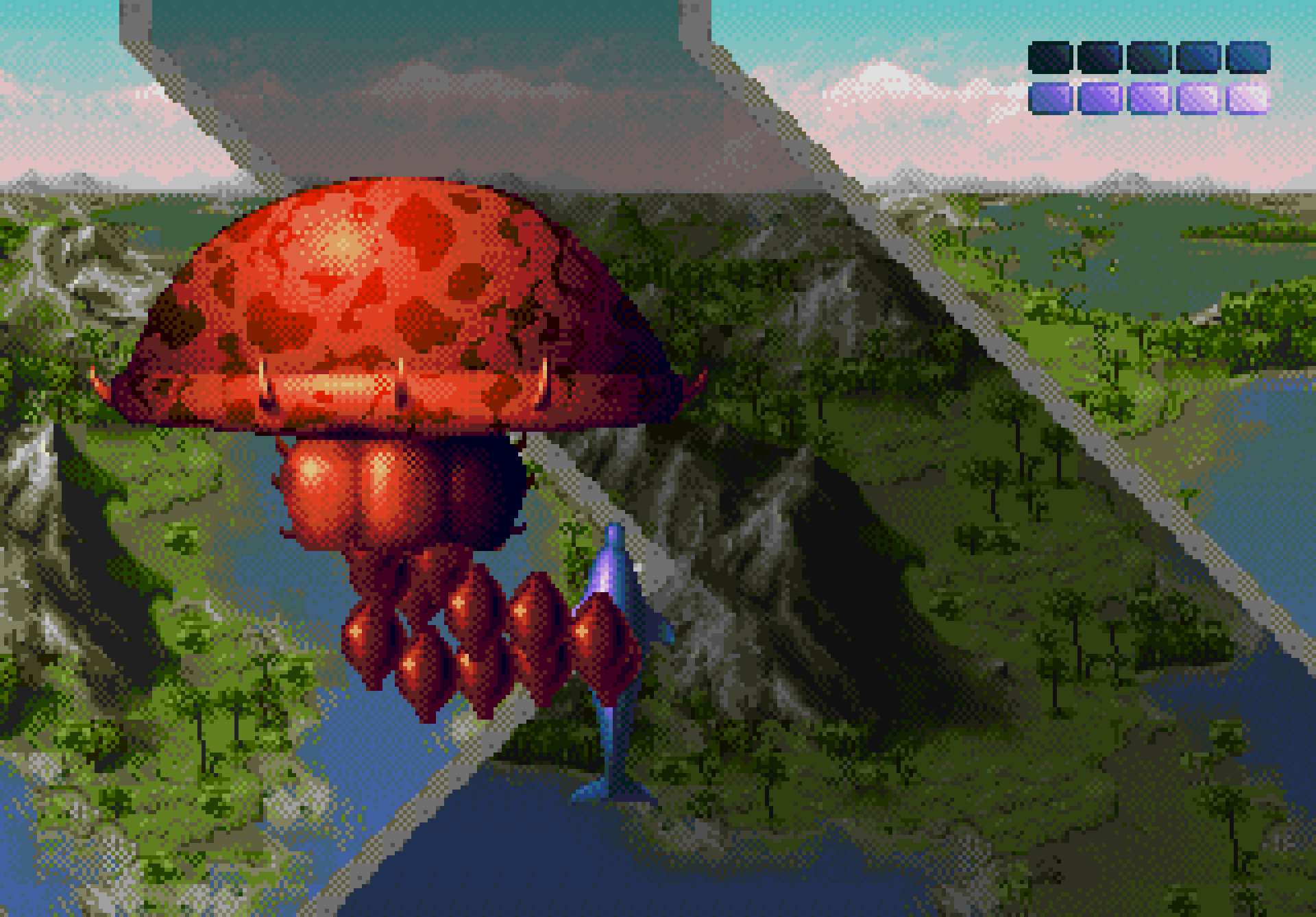 The song Tube of Medusa started of a single note drone, like much of the soundtrack from both games. This quickly gave way to a subtle melody and an up-tempo bassline, complemented with a snare straight out of ToeJam & Earl. The beat built up, then the melody ramped up and suddenly you were left with a pounding techno track unlike anything else either game.

It was as fantastic as it was bizarre. The Mega Drive’s harsh Yamaha sound chip cranked out an absolute banger here, but despite ushering something that sounded as if it’s clinging to the vestiges of early 90s acid house, it wasn’t quite something you’d find in a club and was almost something you’d hear in a film or an episode of The Crystal Maze. This was the madness of Ecco in a microcosm, a thumping techno track forged by the sky-faring dolphins of the future for use in their deadly game shows.

It’s a memorable track and, for me at least, it really got the adrenaline pumping, the head nodding and the fingers frantically hammering the buttons on the boomerang that was the Mega Drive controller. Years later, when I first discovered emulation, Ecco: The Tides of Time was one of the first I booted up. The reason I remember it is because I skipped straight to the Tube of Medusa, and hit the .wav record option to capture the song in all its glory. To this day it still lurks somewhere on my hard drive. 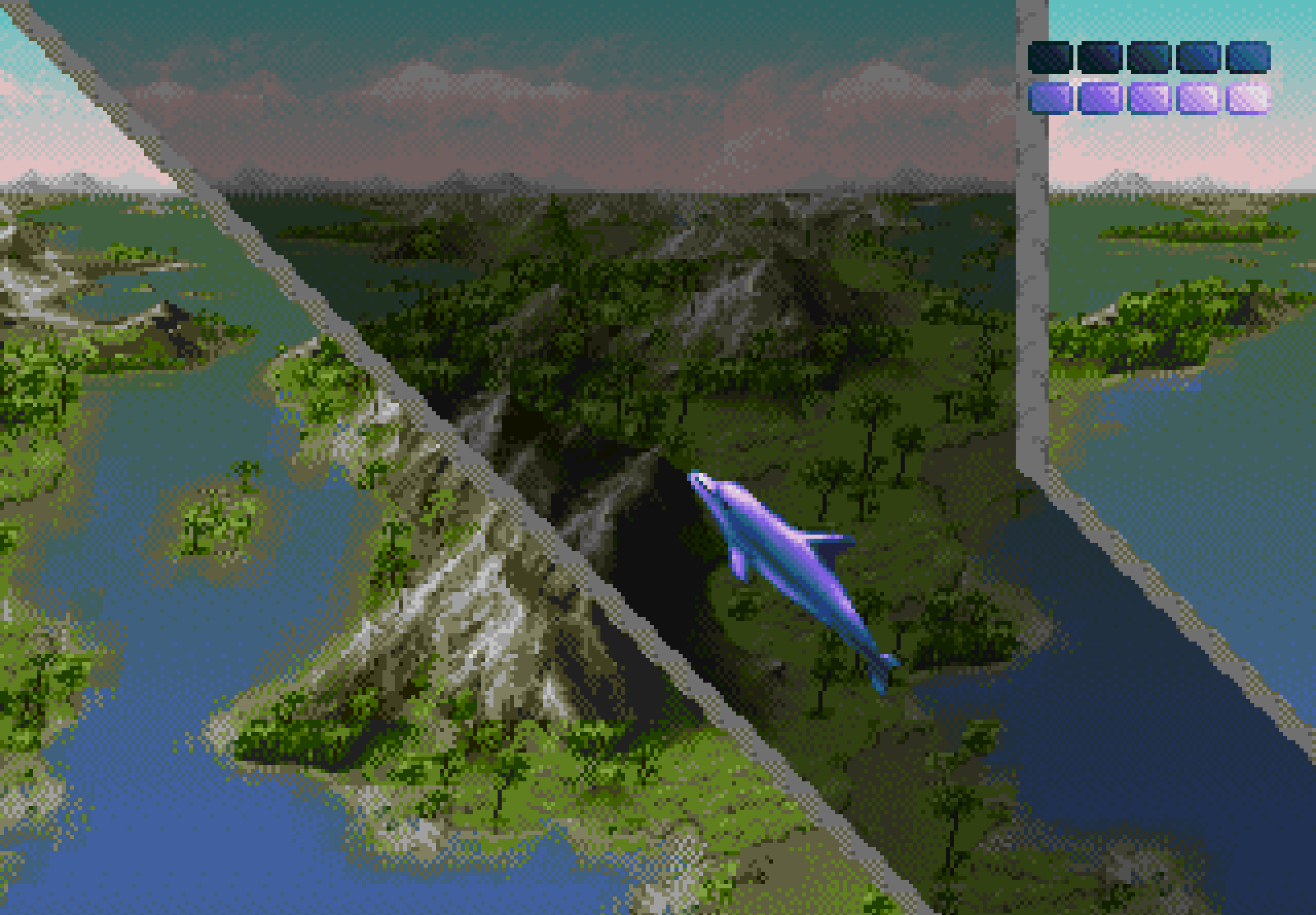 There can be no doubt that it is the standout theme of The Tides of Time, one that is just as listenable outside of the context of the game – obviously accounting for taste. Even if it’s not your cup of tea, the track is striking, demonstrating a desire of the Ecco developers to do something different and defy the player’s expectations.

And, of course, it was the perfect tune to complement a time-travelling dolphin swimming frantically over a water bridge in the sky to escape the clutches of an enormous, angry, crimson, flying squid in a bid to save the ocean from aliens.

In a sea of ambient tracks, Tube of Medusa is a whale of a song: an incredible, pounding synth-heavy dance track for a game about a dolphin, to amp you up during one of the toughest, most barmy and frustrating levels in the game. You’ll want to throw shapes even more than you’ll want to throw your joypad.