By Matt Gardner February 2019 No Comments

Secret endings to games aren’t what they used to be. Nearly 20 years ago, the Silent Hill franchise made these finales part and parcel of each experience – and with Silent Hill 2, it set a bar that no other title has been able to beat. It was all in the music.

Even during its daftest moments, the Silent Hill game franchise always managed to feel disgustingly unnerving. For me, it all started with an unparalleled feeling of existential dread that dropped heavily on my young shoulders when the first strings of the balalaika, or whatever the hell it was, signalled the beginning of Silent Hill’s original intro – one of the most iconic pieces of game music ever created.

But it wasn’t the best piece of VGM that Silent Hill offered me: that was a song that played shortly after I found out that a Shiba Inu puppy had targeted me with a guilt-tripping campaign regarding both my long-dead wife and my general sexual inadequacy, using nothing but a few TV screens and a couple of levers to successfully destroy my psyche.

This furry little bastard, it turned out, was responsible for the following occurrences in the quaint town I’d visited:

But how did I discover this so-called Dog Ending? Well, that’s all down to my wholesale inability to play any game from the franchise.

Dog days are over

I’m shit at Silent Hill titles. When I’ve not simply filled my pants with fear, I’ve gotten lost, fundamentally misunderstood a puzzle, or cannot overcome the games’ famously janky controls – controls which, to their credit, accurately reflect just how well I’d club, shoot or run away from the dangers of the inimitable Otherworld.

Nonetheless, I was – and still am – obsessed with horror tropes, especially those involving alternate realities, so I soldiered on in the only way I could: with the help of guides, write-ups on Geocities-quality sites, and the torrents of bullshit ungratefully received by word of mouth.

The original Silent Hill trilogy confounded me to such a degree that walkthroughs always seemed to be the only option. I mean, how would you have ever known to use unknown liquid on Cybill to get the Good+ ending in the original? Or even begin to comprehend the hard-difficulty Shakespeare puzzle in Silent Hill 3 (despite the fact I studied four of the five selected tragedies in English Literature at school)?

As such, I didn’t just stumble on the Dog Ending accidentally; it was, if anything, the light at the end of a brutal tunnel. However, the guide I was using still shrouded this bonus epilogue in secrecy. This very walkthrough had openly given away the famed UFO endings of Silent Hill 1 and 2, but this “secret” ending was different – its writer didn’t want to ruin the surprise.

And so I did. What happened next was, well… it needs to be seen to be believed.

To discover after all my hard work that a Japanese dog called Mira had masterminded my nervous breakdown was fantastic. The absurdity of it all worked on so many levels, and it might be the hardest I’ve ever laughed while playing a horror game on my own.

I mean, if I walked in to discover a dog in a headset that doesn’t even cover its ears, manning the controls of an entire horror town that was designed specifically to play on my guilt, would I pathetically say “So, it was all your work!” and fall to the ground? Nope, I’d do one of three things: 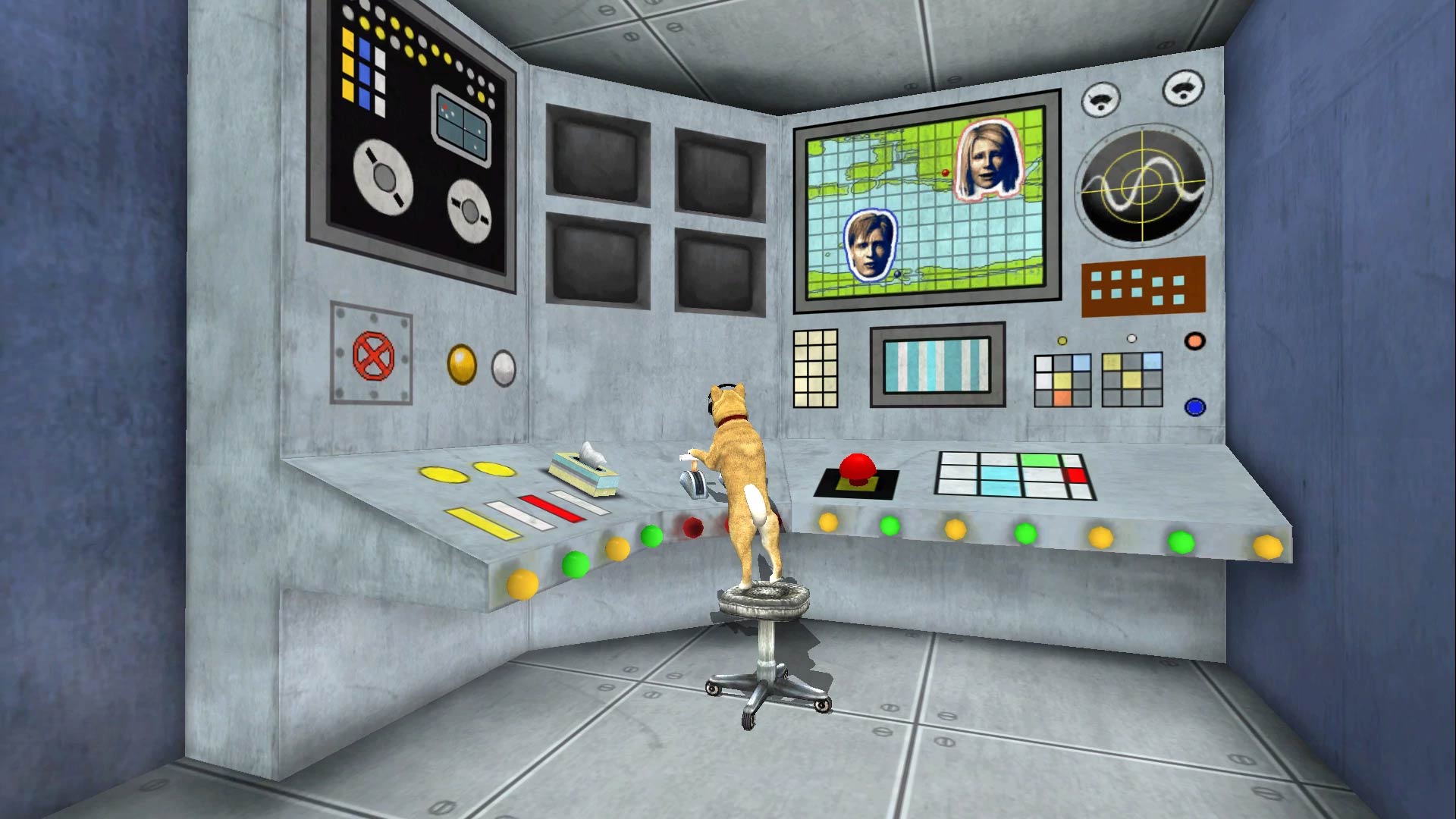 Silent Hill 2 had other ideas, and after I collapsed and Mira came over to comfort me, she sang me one of the most delightful songs ever written in modern gaming.

It’s not just the fact the same bark noise was repeatedly pitched to match each individual note of the song; the underlying tune was the absolute antithesis of the Silent Hill experience, right down to its choice of a Hammond organ to deliver the tune.

All the way through this odd highlight reel, you got snapshots of the game – from genuinely horrific moments, like stamping the fuck out of a Flesh Lip monster or various characters retching, to growl-inducing close-ups of Eddie Dombrowski’s legs and gut, where the music briefly cut out while Mira registered her disapproval.

The flair at the end of each verse of Dog Ending, where Mira went briefly quiet and the music jumped an octave, still sticks in my head to this day. Because of this, I’ll regularly find myself singing the closing bars, before immediately going into it from the start, woofing the tune. Once I’m locked in, there’s just no stopping me starting again, and again, and again, and essentially driving myself mad with a song I then must describe to inquisitive people as “a game ending where a dog’s thrown you into a personal hell, and then it sings for you when you find it in its command centre. Yes, an actual dog”.

I suppose that makes Dog Ending the perfect piece of VGM to end any game – an ending you’ll never forget because of the strength of its score alone. It’s perfect, save for sex noise and accompanying lingerie shot of Maria which ended (and definitely undermined) it. It should’ve just been placed on permanent loop, like Gon’s ending in Tekken 3 – unless it was the developers’ way of reminding you that the main character had euthanised his wife and had been sexually frustrated for years?

For Silent Hill 2, Dog Ending is best ending, and is easily in the top five all-time conclusions in gaming history for me. A good 90% of that is because of the song – a heavy dose of dog-based daftness in an otherwise brutal and unremittingly bleak universe. Listen to it and try not to smile – I dare you.