The Darkness of Eternity

By Matt Gardner May 2018 No Comments

Matt Gardner’s Final Fantasy IX experience was capped off with a truly special final battle with primary antagonist Kuja, which gave him his favourite song in the game. It would’ve been the perfect ending too, though he walked away feeling robbed of the finale that FFIX deserved.

Ican’t recall the finer details of Final Fantasy IX for a few reasons, and some are a little more obvious than others. 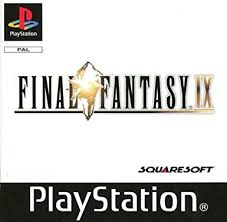 First and probably foremost, I’ve not replayed FFIX since I completed it back in 2001. I don’t know why, considering I inexplicably have two copies of it 16 years after its UK release. I really enjoyed it, but my gaming adolescence tied me to its predecessors, FFVII and FFVIII, which really opened my eyes to RPGs – and as such, I repeatedly went back to them instead.

Secondly, I never got stuck on a battle or in a certain location in FFIX, whether that was because of an underpowered team hopelessly heading into a learning curve-breaking boss (fuck you, Hundred Gunner, Fujin and Raijin), or simply because I couldn’t make sense of what I needed to do (fuck you too, Train Graveyard, Esthar and Wutai). Those moments of sheer frustration had previously defined games for me, and really left a mark in my mind – but Final Fantasy IX simply didn’t challenge me as much. I was used to this merry-go-round. 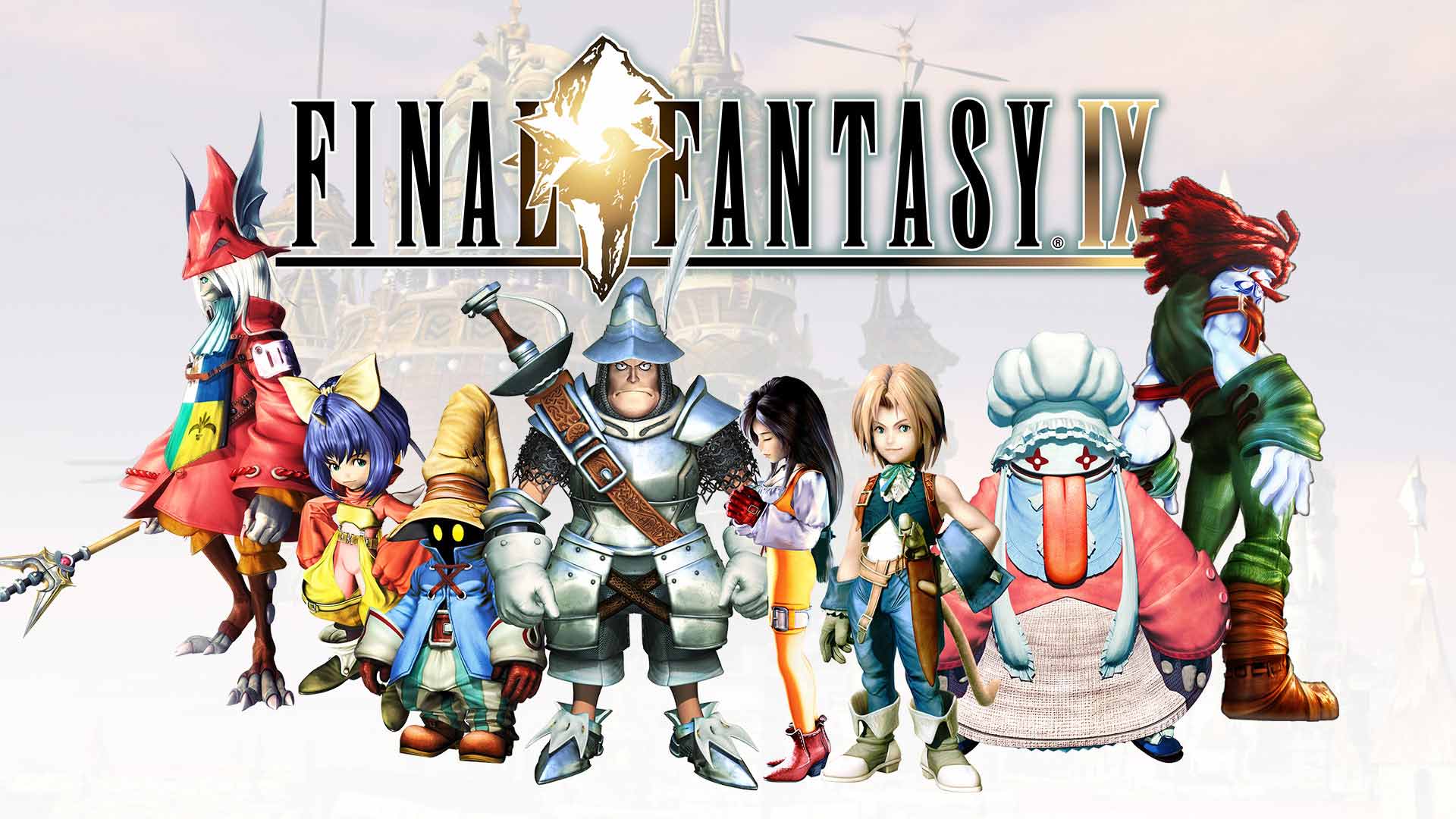 Finally, aside from Vivi Ornitier, I still don’t think there are any strong characters in Final Fantasy IX that could size up to anyone in FFVII, or the likes of Squall, Laguna, Edea and Seifer in FFVIII. Even then, the only reason I cared for Vivi was because he was destined to die, so I just felt a bit sorry for him. Other characters were actively loathsome, like the uptight Adelbert Steiner, the wonderfully named yet overwhelmingly boring Alexandria, Garnet Til Alexandros XVII (aka Dagger), or Eiko Coral, a girl that was only bearable because she had a pet Moogle which barely spoke but had 20 times more personality than its friend.

As a result, nothing about FFIX really left an indelible imprint on my memory, aside from daft things like my unexplainably endless supply of lapis lazuli, the Alexander x Bahamut face-off, and the delightful Quina Quen, who stayed in my party from the initial meeting through to the end of the game. I mean, look at the state of them.

Yet above and beyond all these fragments of the past is the crystal-clear recollection of the end of the FFIX – not least because of the role played by The Darkness of Eternity, the best song in the entire game.

“Time to die, everyone!”

After dozens of hours of graft, and a typically insane final climax to the storyline, the stage was set: the final boss battle with primary antagonist Kuja. Well, “Trance Kuja” to be exact – he was in permanent limit break mode, triggered by emotion. Whether he was super-powered or not, it was the fight I’d waited so long for. It was the fight everyone who played it was looking forward to.

Up to that point, Kuja was arguably the most archetypal villain in any game I’d ever played – not just the Final Fantasy universe – so it made the battle all the more exciting. He was condescending, conniving, fiercely intelligent, and hugely egotistical. But now, this prissy little shit was about to get buried by my bulletproof party of four. I was a hormonal 14-year-old with RPG experience on my side, and my hardcore, over-levelled quartet of angry fighters was ready to tear him a new arsehole.

As soon as I geared up to fight him – while Kuja gloated in my face – The Darkness of Eternity kicked in. Known as Dark Messenger in several reprints of the soundtrack, the song starts with a depressing, gothic overture from a church organ, like something you’d expect from the Castlevania series. As the FMV phased into battle mode, it gave way to a DUM DUM CLAP, DUM DU-DU-CLAP – 50 Shades of We Will Rock You. With this slow and ominous beat, I was immediately put on the back foot, spamming the controller to frantically line up my barrage of initial attacks against the floating, fiery bellend opposite me. It added a certain horror element to it all, and it actually made it a tad scary.

The beat doubled in speed, the organ switching up its style away from the likes of Durham Cathedral and more towards the glorious Triple Rock Baptist Church. The hopeful high note shared a certain campness found in many moments throughout Final Fantasy IX, and held firm as a drummer jumped into the mix to bring the experience straight into the realms of rock opera.

Before long, and as the battle started to truly rage, a guitar joined the fray but quickly gave way to minor notes reflecting the dystopian, crystalline setting you found yourself in. The organ’s excitable tone switched to a direr supporting role, before strings weaved their way into the tune to create an ominous feeling that pushed me off that back foot and knocked me clean off my feet.

Up until this point, I’d felt overly prepared and, probably, a bit too confident. I’d put hours and hours into grinding up my levels and XP in countless battles, after learning the hard way in FFVII and FFVIII, getting so relentlessly bummed in the gob when I thought Fire 3/Firaga would kill anything. Even fire enemies.

However, The Darkness of Eternity filled me with so much doubt because it gave the battle more gravity than I could have ever anticipated. Luckily, across its incredibly long 2:43 runtime – quite the feat for a Final Fantasy song before it reverts to a loop – it actively encouraged you to fight on, persevere and even enjoy the battle. It was a rollercoaster of emotion that was fitting of the game’s final battle.

The Darkness of Eternity combined raw anger with a carefree cock rock and a comical 80s-style synth. It was, arguably, the best boss music in the series to date – and as anyone who’s played a Final Fantasy can agree, that’s no small claim to make.

Getting conned by Necron

To end the game with such a wonderful song, and such an incredible battle, was amazing. But it wasn’t the end of the game, or the last song. Kuja, a man so allergic to the idea of losing fairly, decided that if he was going to die, everyone else might as well die alongside him. It was solid logic, and worthy of the man I’d come to abhor.

But even in death, you had to fight one more time. But it wasn’t Kuja. This time, it was the floating, cog-powered beast called Necron. With a face like a blue version of Swiss cheese, and no memorable features other than a disembodied voice which informed you of his grand plans to reduce the world to nothing, he decided that he wanted to have a scrap as well.

He just came out of nowhere. Even Necron’s entry on Wikia, which is usually the source of endless information and traditionally powered by intense, overly obsessive fandom, can’t explain what he’s doing in the game:

“Its appearance is somewhat of a mystery, as it arrives unexpectedly at the end of the game and its character is never fully explained.”

Just wonderful. And the music? Jeez, the music. Nobuo Uematsu definitely created a hellscape; between the moans and misery you’d assume from an underworld setting, it also made you feel completely devoid of desire to fight. But I’ve already beaten the boss, I told myself, as I had Quina throw the last of my Dark Matter at him for 9,999 damage, while Zidane fruitlessly attempted to steal something – anything – I could use to keep my party alive for an unplanned bunfight.

Remember, this is the final boss of the biggest RPG of that year. To get so far with the simple desire to take on one boss in particular, only to have the moment of success torn away from you and be forced to face a tacked-on “final battle”, was beyond comprehension. The only thing moaning more than the lost souls at the beginning of The Final Battle – Necron’s theme, and a title it didn’t deserve – was me.

Ten minutes later, it was over. Gaia was safe, Kuja was laid to rest after atoning for his sins (following a brief conversation with an eerily smiling Zidane), and it was game over. After FFIX, the era of painfully unplayable Final Fantasy games began for me. Perhaps I should’ve taken the final battle as a warning for the future: never trust this once-great game series to give me the closure I needed. Ho hum. 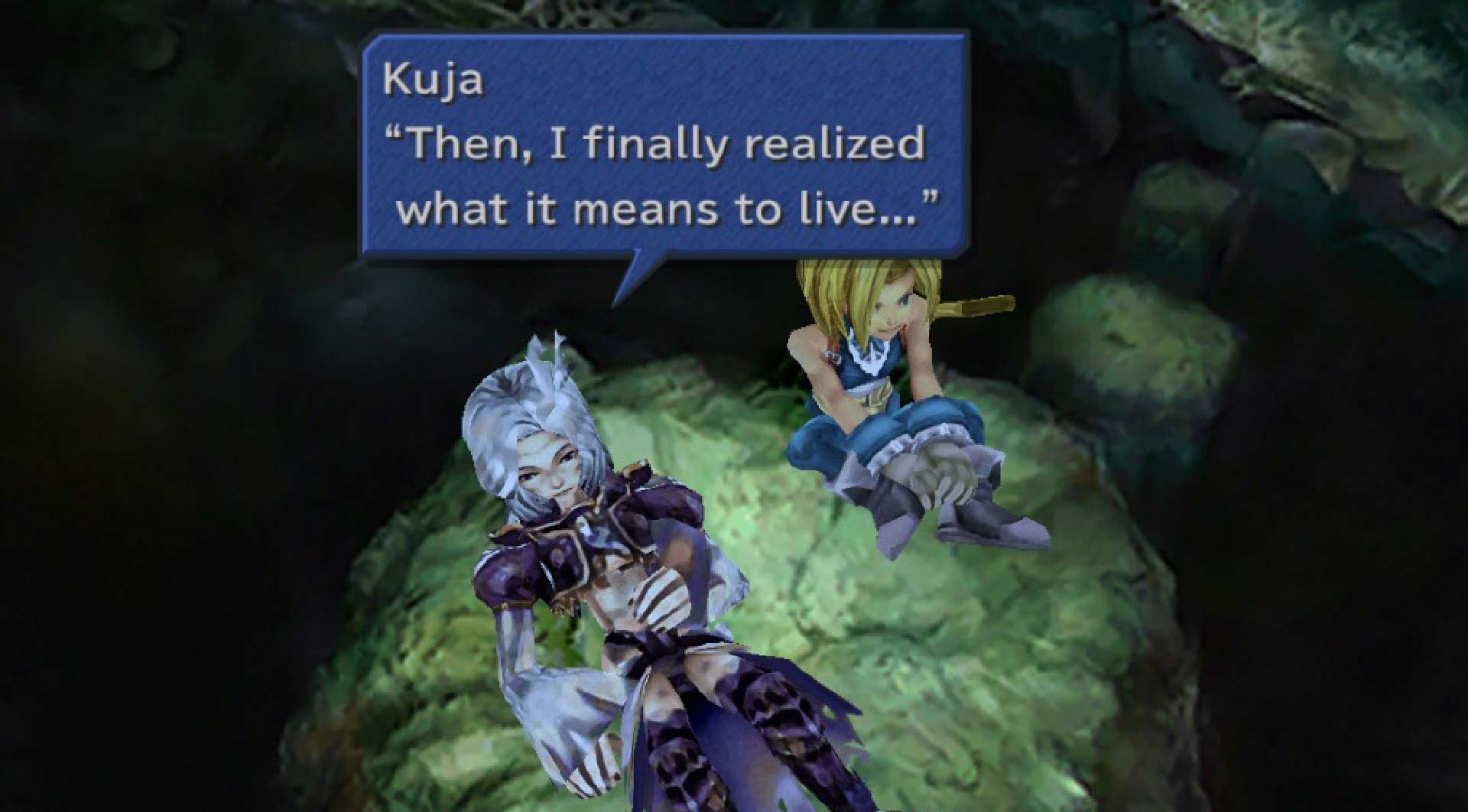 While The Darkness of Eternity didn’t end up being the song the game deserved to finish on, it was at least the song that arch-antagonist Kuja deserved – and should be considered as one of the greatest, or at least most underappreciated, final boss songs ever created.