For GameTripper’s 50th piece, editor Matt Gardner discusses Sonic 3’s most playful and cleverly composed VGM, for a stage which forced most gamers to tear their hair out in frustration. 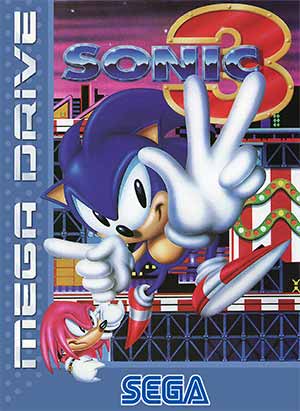 When you think of Sonic the Hedgehog 3’s Carnival Night Zone, what’s the first thing that comes to mind? Is it the bright lights, akin to those of Casino Night Zone in Sonic 2? The balloons you could burst and bounce from? Maybe it was the spinning tyres that were so dense, they had their own gravitational field. The Vegas-style skyline must have surely made its mark? Or maybe, just maybe, it was those weird inflating platforms that only lifted you up if you jumped?

Nah. It was the fucking Barrel of Doom, wasn’t it? Of course it was. 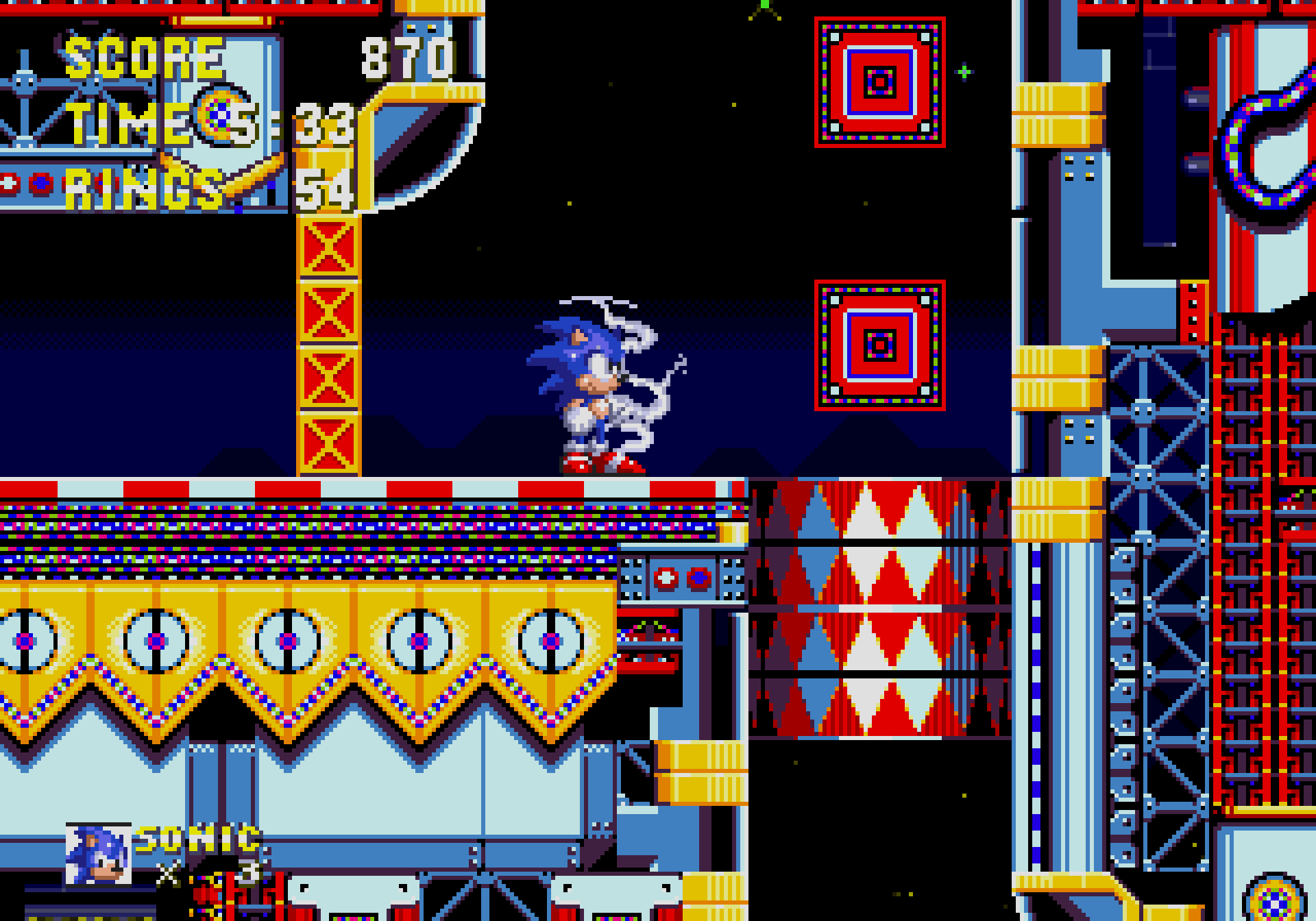 For me, however, its most memorable asset was the stage’s core song: Carnival Night Zone. To be fair, it wouldn’t have been so firmly etched into my brain if it hadn’t’ve been for the timer-busting levels, tough bosses and the aforementioned impasse involving the red and white barrel, where Sonic and/or Tails rotated in the same lacklustre, vaguely gormless manner of Shooting Stars contestants as they were introduced to viewers. You spent a LONG time in that zone, however adept you were.

From shareware to abandonware

It’s odd that this song stayed in my head much longer than most others from the series. Sonic 3 isn’t my favourite Sonic game, by quite a way. It doesn’t have my favourite Sonic score. Even when I played it for the first time, after borrowing it off a mate who had more games than sense, I wasn’t all that impressed then, either. I’d played Sonic 1 and 2 to death and became totally obsessed with them, but to see a surprising reversion from 11 zones to six – and without even a third stage per zone, akin to the original Sonic the Hedgehog model – I felt like I’d dodged a costly bullet by not asking for it as a gift. 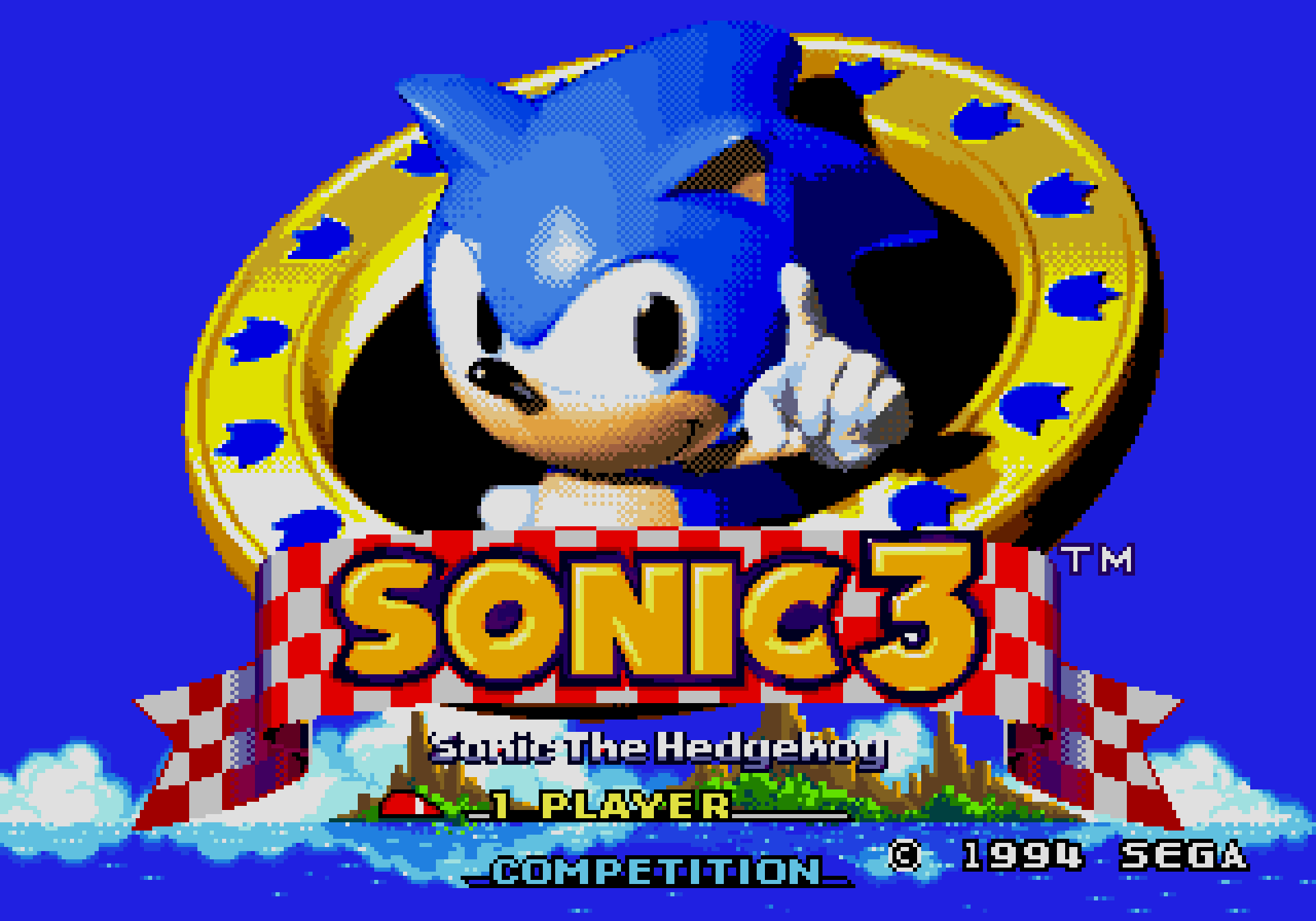 Yet with very few new games coming into my possession during 1994 and 1995, I still played this temporary freebie countless times. I even completed it – something I hadn’t been able to do with Sonic 2 up to that point (Trust me, I WILL get to that tale one day. It’s not like I basically set this site up to specifically write about Sonic 2…). Later, I became obsessed with getting Sonic 3D: Flickies’ Island after seeing its demo on rotation at Electronics Boutique in Hartlepool. 3D was here, and 2D Sonic games took a back seat. Then, not long after, the PlayStation arrived. My retro Sonic adventures were, for the medium term, abandoned.

Fast-forward to 2007, when I realised that 13 years previously, I’d never returned the cartridge my friend had lent me; it was in the front pocket of the battered bag where I kept my dusty, forgotten Mega Drive II. As we all know, the act of keeping someone else’s game is an unforgivable crime, so naturally, I took my admission of guilt to the wall of my mate’s profile on the then-brand-new Facebook.

“lol wtf im well over that game m8,” came the reply on my own wall. “dint give a shit when i gave u it in the first place”.

Oh well. That was that, then.

About six months later, we duly grabbed a pint for a catch-up. On arrival, he didn’t lead by saying hello, or go in for a manly hug – he was the type of person who would ferociously pat me on the back as soon as the embrace was locked, likely given his fears of catching The Gay by showing anything other than the accepted level of male interaction allowed within the boundaries of Hartlepool.

In lieu of physical contact, and with a smile on his face, he thrust out his hand and presented me with the missing Sonic 3 case he’d retrieved from his loft earlier that day. The cartridge finally had a home, my ownership of the game was legitimised, and because of this truly special moment, I made it my goal to complete Sonic 3 that weekend.

So long had passed since last playing Sonic 3 on the Mega Drive, but it wasn’t like I hadn’t played it at all. I still own Sonic Mega Collection Plus for the PlayStation 2, Sega Mega Drive Ultimate Collection for the Xbox 360, and I now have Sonic 1-3, Knuckles and Sonic CD (and Sonic Mania) on Xbox One. Add those to my original cartridges, and I still had the opportunity to run through the series a good few hundred times, though it was almost always the first or second game, or another ill-fated attempt to complete Sonic Spinball.

Yet the feeling of playing it again on the paddle-like, three-button Mega Drive pad after so many years was amazing, and brought back countless memories. Soon, I was once again outrunning an aerial bombardment on Angel Island, skirting over water in Hydrocity, and trying not to cry blood on one of the many high-contrast, brightly coloured, orb-filled special stages.

What was truly eye opening was how well the game held up on its native format; Sonic 3’s Mega Drive graphics, the controller’s responsiveness and the game’s general zone identity were among the best of the era, never mind the series. Still, it was the song Carnival Night Zone that proved to be the true masterpiece of the entire game.

As the fourth stage of six, Carnival Night Zone provided a fantastic and somewhat unexpected change of scenery. It came after the notorious Marble Garden Zone, which was home to a banging tune or two in its own right, alongside a deluge of oil ponds, arrow-coughing face sculptures, spiky blue-balled bastards, collapsing scenery which ended the level (and your life, if you weren’t fast enough), and a truly dogshit Dr Robotnik boss battle – one of the worst in the entire Sonic series. 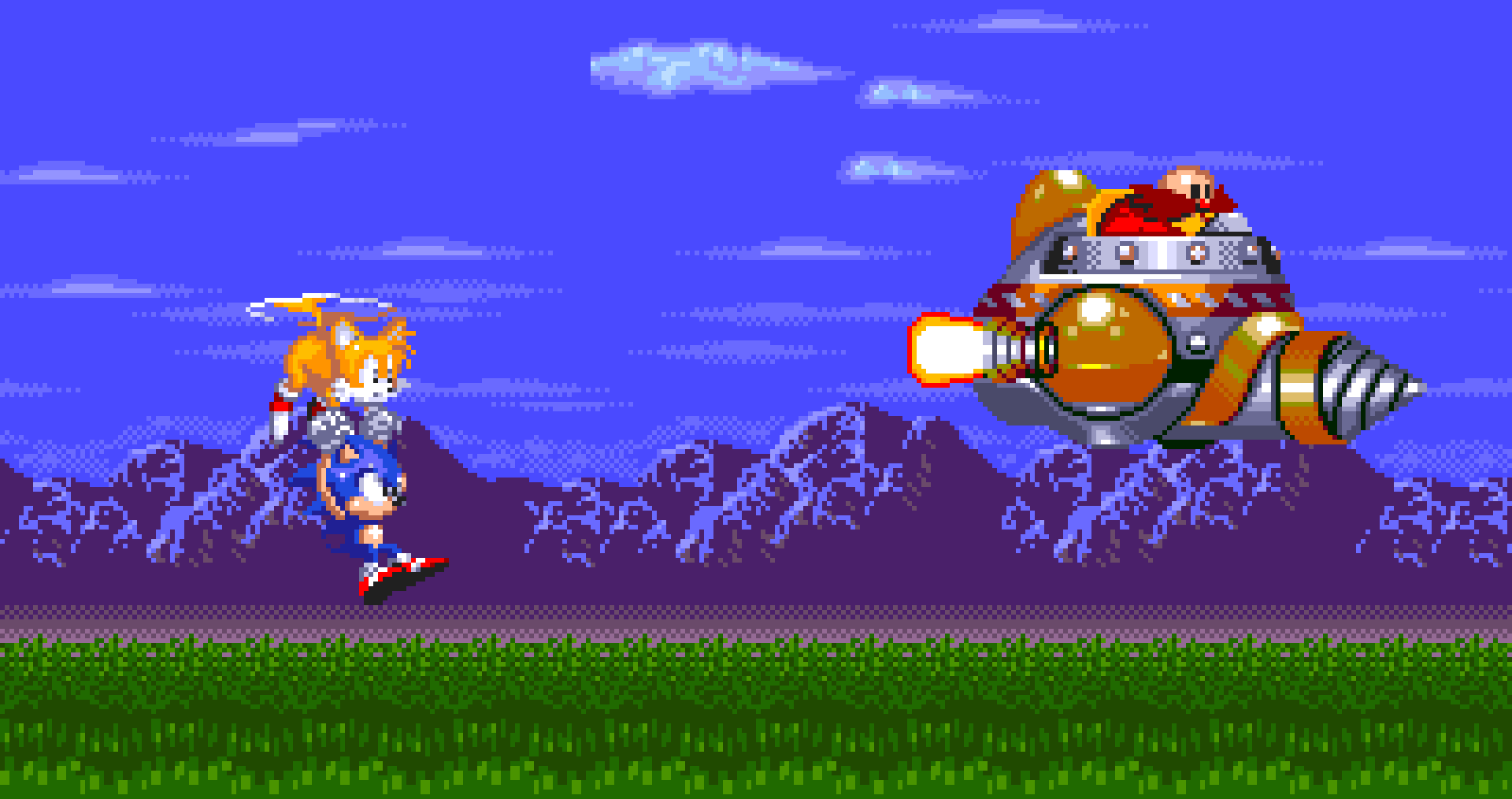 But as a song, Carnival Night Zone set the tone of the madness and hysteria that was to come from a level I genuinely believe to be the most iconic of all six in Sonic 3. What’s more, the manner with which it used VGM to establish a strangely dystopian vibe of the zone was marvellous, and incredibly clever.

At the top of the song, Carnival Night Zone immediately drew from Julius Fučík’s Entrance of the Gladiators – the most widely-accepted circus song you’ve ever heard. In fact, to think that gladiators would actually enter into an arena to Fučík’s song is hilarious; you’d expect nothing less than a bunch of blokes rocking up on chariots, which would fall apart like a clown car.

As the level started, you immediately heard the distinct ten-note jingle from the Czech composer’s hit, before a pseudo-smash sound effect brought it to an abrupt halt – the equivalent of a record scratch. From here, the tune began again with its own melodic identity, while the short opening ditty wove its way in and out of the song in a supporting role.

The heavy reliance on minor keys and harsh synths gave the whole tune an unnerving sleaziness to it; having been to Las Vegas, it’s now hard to think this is anything other than a purposeful and fair dig at the city, which the zone captures nicely. Gaudy, brightly lit buildings were accompanied by ugly colours, unnecessarily extravagant decorations, as well as hundreds of noisy level elements which, at their worst, paralysed your ears.

Two for the price of one

Yet it was this heavy intrusion of additional sound effects that gave away a very clever trick used by the game’s developers to get two songs out of one. As you pinged, bounced and VWOOMed through the first act, the Mega Drive’s processor would occasionally shit itself and lose the high melody of the ten-note Fučík sample that pervaded Carnival Night Zone Act 1, leaving you with just the lower groove and the main melody. Yet lo and behold, in Carnival Night Zone Act 2 – when the lights went out due to power failure – you were given this version as the complete theme. It’s most noticeably different from Act 1 at the 0:26 mark:

Now, Sonics 1 and 2 never employed different music between acts of the same stage, so to have this experience in Sonic 3 was a delight. Angel Island, Hydrocity and Marble Garden Zones had two distinct tunes between each act. Sure, they employed the same tempo and a similar tune, but they usually varied by octave and melody; the latter tended to be a little more sparse or understated.

Carnival Night, Ice Cap and Launch Base Zones, however, simply removed sections of the core song’s main tune to strip it back. It was an excellent technique that you wouldn’t realise until such a time where the Mega Drive’s meagre processing power had to drop something to keep things running smoothly – and with Carnival Night Zone, it had to shun its most iconic melodic asset.

This made the second act all the more reflective of your surroundings. Most of the lights were off, and so was most of the song.

The best thing about my 2007 playthrough of Sonic 3 was the fact I not only completed it, but I also became Super Sonic for the first-ever time. Knowing I was coming up against the Barrel of Doom at some point in Carnival Night Zone and still not realising the trick to it*, I did my best to explore every possible avenue in order to avoid it (spoiler alert: you can’t). In the process, I found at least seven of the ten hidden giant rings to take me through to the special stages. With some hard graft and a few blow-outs, I went from four Chaos Emeralds to all seven – something I’d never done before, on any version or subsequent release of the game.

In truth, I didn’t even realise how to turn into Super Sonic until Launch Base Zone, but the timing was perfect. I sailed through the final boss and completed the game properly, and on its original platform. It’s one of the best feelings of contentment I’ve ever had in my life of gaming.

And soon after this success, I put down the controller, sat in silence (with a genuine emotional feeling sweeping over me), and watched the end credits roll. Afterwards, I switched it off, put Sonic 3 back in its case, cleaned up the Mega Drive, packed it away and didn’t play it again for another ten years, until weeks before the launch of GameTripper.

And would you look at that – I got through the entire retrospective without once mentioning Michael Jackson’s part as its composer.

Although the song might be seen as many to be comically garish, Carnival Night Zone was not only the most fitting tune for its level on the entire Sonic 3 soundtrack, but it also became one of the most memorable songs in the franchise – even if a lot of this was down to one fateful impasse involving a rotating barrel.

*FYI: Just hold up and down on the D-pad to move the barrel. No, really, it’s that easy.