Bowser’s Castle was much more than just a simple part of the superb Mario Kart 8 soundtrack: Matt Gardner argues that it finally gave the ever-present, much-maligned circuit the music it truly deserved. 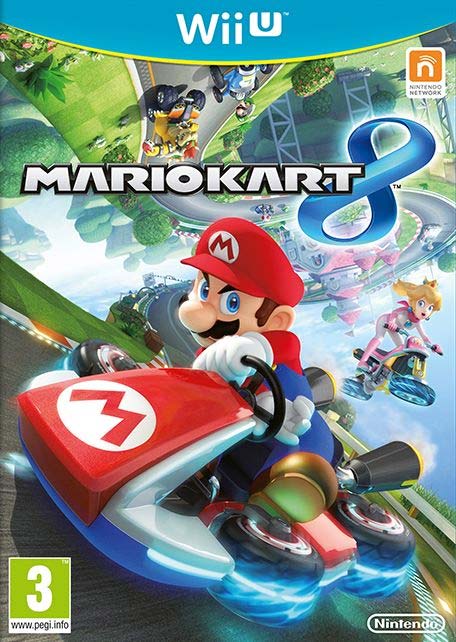 As far as foregone conclusions go, the reason I preordered a Nintendo Wii U was simple: Mario Kart 8 was being released. I spent months eagerly waiting to play it, but little did I know that it’d end up being my all-time favourite entry in the MK series, delivering the greatest soundtrack in Nintendo’s history.

Like with many franchises – particularly those from Nintendo – the Mario Kart series always met expectation and demand by keeping familiar, consistent and dependable elements. Whichever title you pick, you can always expect largely weight-based kart handling, position-based weapon handouts to guarantee consistent rubber-banding, and a multiplayer experience that undoubtedly resulted in you or a friend being convicted of ABH.

Of course, the true defining trait of Mario Kart games is the selection of racetracks. You could always safely bet on a Mario Circuit/Raceway in the Flower Cup; Rainbow Road always ended proceedings; and at some point, waiting to catch you out when you least expected (or wanted) an unnecessarily frustrating course, there was Bowser’s Castle. 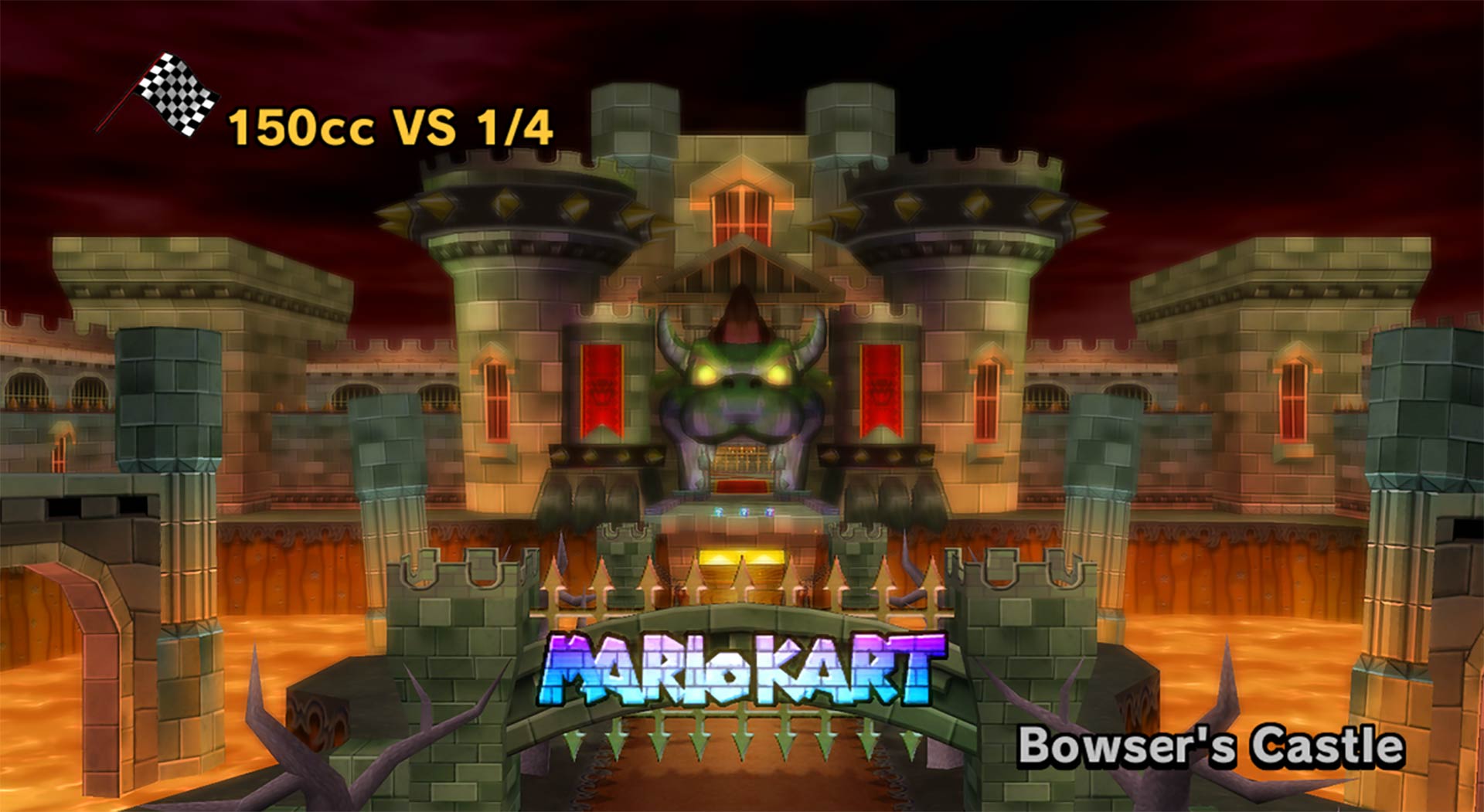 As the penultimate race in each of the last five Mario Kart outings – and a core circuit in the Star Cup across the first three MK games – Bowser’s Castle was nobody’s favourite race. It was never as challenging, colourful or individual as pretty much any other track in the series. It was always grotty, miserable, boring and difficult.

And the music always sucked.

The characterisation of Bowser’s Castle in Mario Karts of old has focused more on a Hammer Horror-esque approach. In those halcyon days of the franchise, Bowser was still primarily focused on kidnapping princesses, and not defeating Toad through the medium of dance or competing in the fucking Olympic Games. He was a formidable, fearsome fiend, but his initial stages’ music barely, if ever, captured it.

Super Mario Kart’s Bowser’s Castle was arguably the worst song of them all, setting a low bar from the very start. As a tune ten years too late for its 1992 release, the original Bowser’s Castle mimicked The Evil King Bowser from Super Mario World, which while understandable, didn’t fit a racing game in the same way it complemented a traditional platformer’s boss fight sequence. The pace was just… wrong.

Then there was Mario Kart 64’s iteration of the tune, which was surprisingly simple but ultimately crap, as far as the rest of the game’s music goes. Instead of building on SMK’s foundations and establishing a theme (but, you know, better), it ended up being the kind of song you could reasonably imagine running inside Enya’s head as she carried out a well-planned yet random murder spree across small villages in Eastern Europe.

The 2spooky4me Bowser’s Castle from Mario Kart: Double Dash!! sounds more like a remastered Castlevania: Symphony of the Night song than anything else. While it maintained the choral elements of the N64’s Bowser’s Castle – and the track’s visuals finally managed to capture a little more of the grandiosity expected from a mega-bastard’s fortress – it just didn’t click. There was still no real fear; the choir’s “haunting” vocals came off as a little camp, undermining the horror factor entirely.

Then there was Bowser’s Castle from Mario Kart Wii which, you may be surprised to know, is literally a slower version of fellow MK Wii track Maple Treeway but played in the minor key. No, really:

It’s incredibly impressive that MKW’s composers were able to get so much out of another fantastic song, but it didn’t give Bowser’s Castle the individuality it so desperately craved, and the iconic track lacked the punch it needed to drive home King Koopa’s less-than-acceptable behaviour vis-à-vis princess assault.

Mario Kart 8 terminated this trend for tone-deaf tunes with a truly terrific treat.

As a complete package, Mario Kart 8’s Bowser’s Castle may be the best racing experience in the entire game. MK8 itself was a stunning, 60fps-at-1080p dream (in single player, at least), but making a gigantic, molten Bowser the centrepiece of this race – standing in lava and angrily pounding sections of the track to periodically crush passing drivers – was an eye-opening, awe-filled sight.

Crucially, the Bowser’s Castle theme signalled how Nintendo had finally come to terms with Bowser’s modern image in the Mario franchise. Yes, he was still an arsehole for the most part – but he also went to Mario Parties, played tennis, dunked basketballs and enjoyed every racing tournament ever held by Maz and co. He was a single father of one son and the adoptive dad to another seven, and clearly needed the cash to support both them and his own extravagant grounds. It’s probably the reason he rented out his castle grounds for Mario Kart in the first place.

Hell, he probably only kidnapped princesses to give his family a strong motherly figure.

To complement this rebalance of Bowser’s personal journey, Atsuko Asahi ditched the dull, slowness of the track’s musical past. She got rid of vocals entirely and moved away from a traditional orchestra. Instead, Asahi gave Bowser’s Castle the perfect makeover: a unique and strangely glam metal approach that went hard on the traditional four-piece rock band, combining it with light classic elements from a brass backing section.

The dual guitar set-up packed a punch, from its powerful chords through to the occasional flourishes from improvised solos. The drums boomed without being overly intrusive. The song made you loathe and love Bowser in equal measure – just as we were always meant to – but what’s more, it was the perfect pairing for a wonderfully designed track that was most definitely created with a rock opera spectacle in mind. 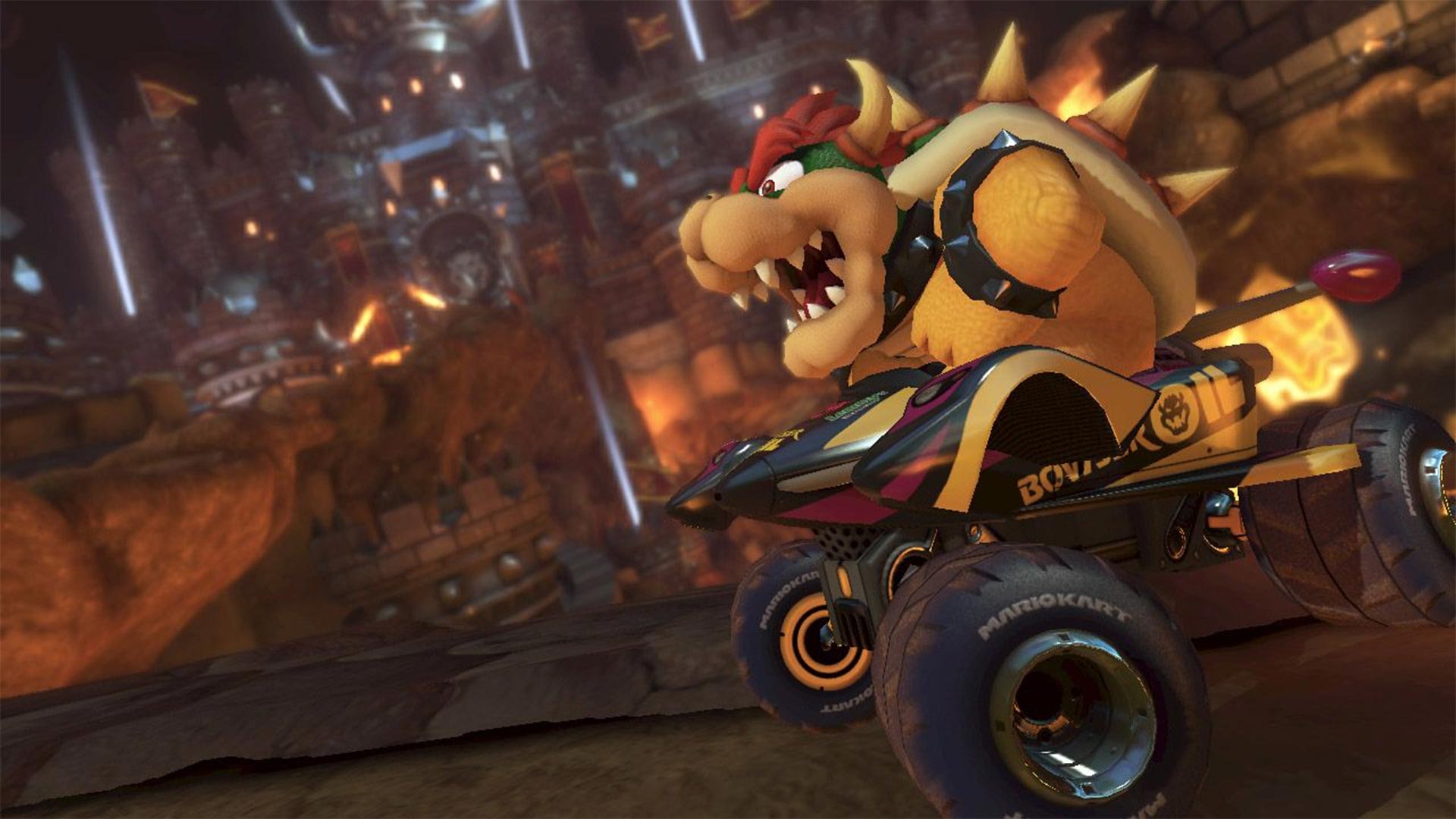 Throughout Mario Kart 8’s soundtrack, but in Bowser’s Castle in particular – and, of course, that intro – you could really sense that its composers and musicians absolutely loved what they were doing. As such, the MK8 OST felt more like a celebration than a simple accompaniment; it was perfect for what ended up being the most amazing love letter to the racing series that preceded it since 1998’s Ridge Racer Type 4.

It’s never a real surprise to see Nintendo get another soundtrack just right; the real surprise will be if it ever tops it when it inevitably creates Mario Kart 9. One thing’s for sure: they don’t need to change Bowser’s Castle from here on out.

King Koopa finally got the song he deserved, while Mario Kart 8’s musicians helped make a standard racetrack an unmissable experience. While there are plenty of other shining examples of music on the same soundtrack, Bowser’s Castle isn’t so much a hidden gem – after countless flops, the stage’s song was a huge and utterly welcome surprise.