PS1 game demos didn’t offer you much freedom of choice. With Wipeout 2097’s demo, the best choice was already made for you.

Wipeout is one of my all-time favourite game franchises, but I doubt I’d’ve really bothered with it if it hadn’t been for the sterling work of one talented Welshman. Now, I’m the proud owner of the entire Wipeout back catalogue – and most recently, I caved in and bought a PS4 Pro solely to see Wipeout: Omega Collection in full, glorious 4K. In fact, I bought a 4K telly for the occasion, too. 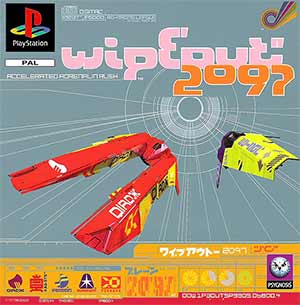 That’s the best part of £900 I dropped, all because of Tim Wright, otherwise known as CoLD SToRAGE. He wasn’t even a composer on Omega, but in my mind, his legacy still burns bright in the Wipeout universe. The three-game collection, which came out earlier this year, was still fundamentally shaped by the music he’d composed in the earliest days of the franchise, and it also went on to influence countless others.

Wipeout 2097 was technically the third game I’d ever played on the PlayStation. Not the third complete title, though – it was on my version of Demo One, which I’d managed to spot when opening up my shiny new PlayStation for the first time on Christmas Day 1997.

The first game to grace the spindle was Ridge Racer, soon followed by Crash Bandicoot (which itself enjoyed a much-deserved remastering this year). Later that day, Demo One was popped in to see what else was available, ahead of a Boxing Day trip to the shops in Newcastle the following day – and the promise of another game from my brother.

On the 1997 Demo One, you could do race three laps of the Nürburgring in Formula One; take a tour of the City of Vilcabamba in Tomb Raider; and attempt to stick out the opening airport mission in the light-gun-optimised second part to Die Hard Trilogy, among other things. These experiences also went on to make a mark, too, as I’d go on to buy all three of these games within the first 12 months of owning the console. Still, none of them made the mark that Wipeout 2097 did.

In the demo, you could choose any ship of the four (I was always AG Systems, and still usually am), and any one of the three difficulty levels was at your disposal. But you couldn’t choose the track, or the song. Nope; you had to race Gare d’Europa, and you could only listen to Body in Motion. 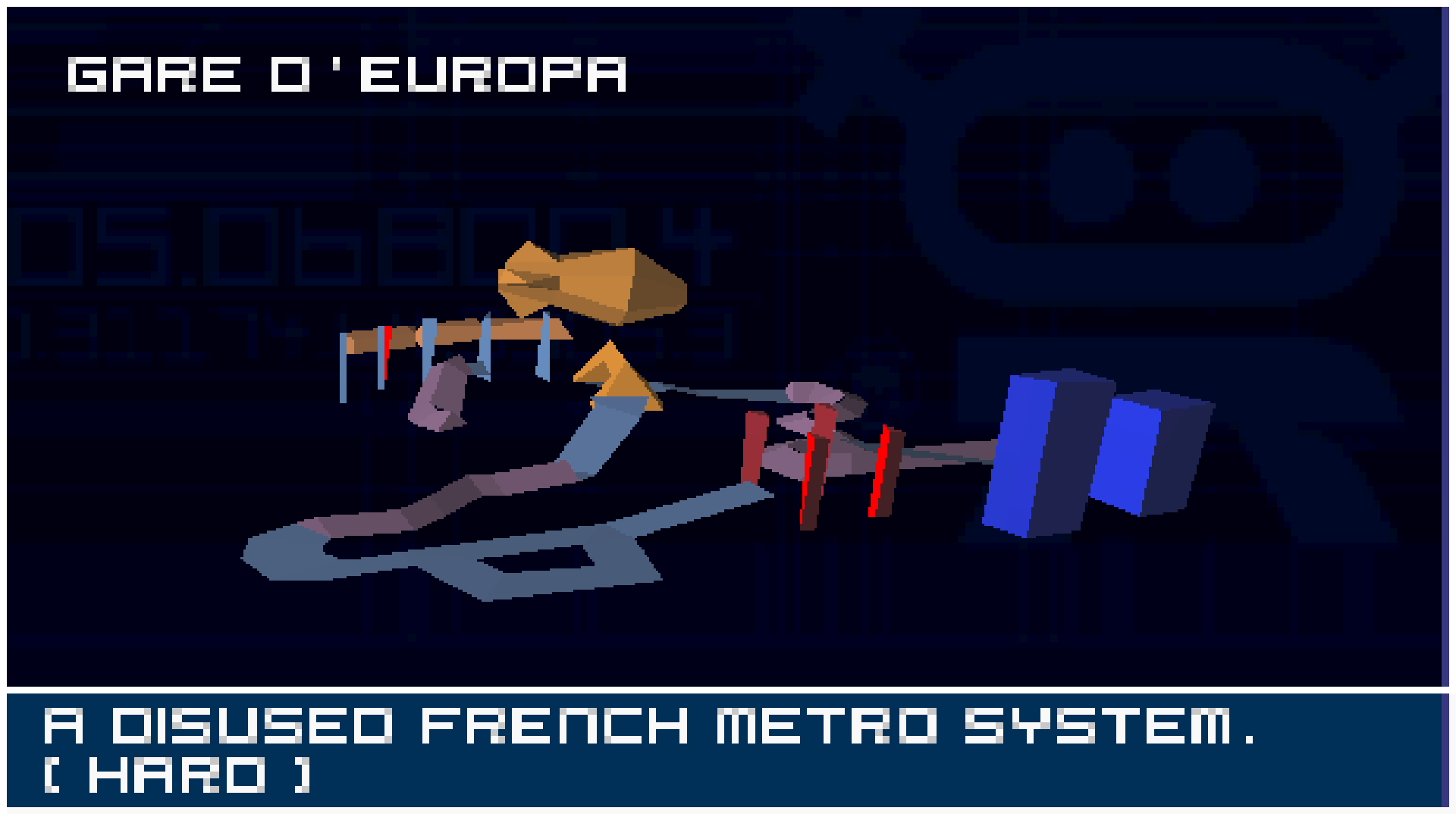 There’s just no way that Psygnosis randomly plucked a random pairing of racetrack and music for the demo. Gare d’Europa – a track built out of an abandoned French metro system – was balanced, challenging, moody and atmospheric. It was everything you’d expect from a futuristic racer, and while the colour palette was drab and understandably grim, pops of colour were injected by advertising – whether it was for real-life companies like Red Bull, or in-game craft manufacturers like Piranha. And, of course, there were the speed boosts and weapon pick-ups that gave life to the track itself. 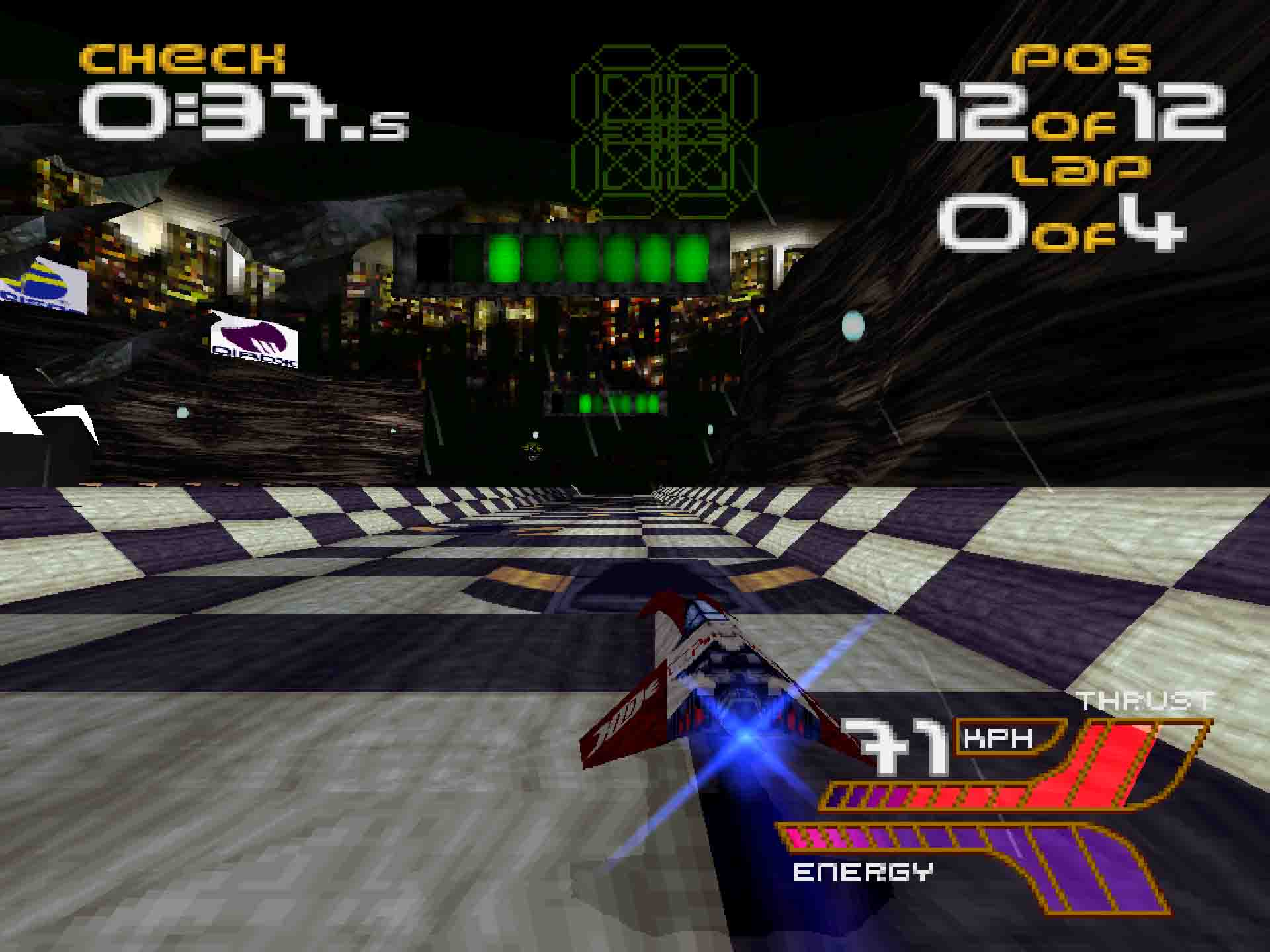 Yet this still didn’t quite capture the futurism of the whole thing. At the time, the PlayStation was pushing boundaries left, right and centre. Take the other games on the demo disc: Formula One finally let you experience real racing tracks in proper 3D. Tomb Raider was arguably the first multi-directional platformer to work seamlessly. Die Hard Trilogy brought light-gun shooters out of the arcade and into your front room. Simply having a floaty aircraft wasn’t going to cut the mustard at a time when new experiences were the norm.

But by partnering Tim Wright’s Body in Motion with its gritty visuals in the demo, Wipeout 2097 took on a whole new significance. The game felt much more grown up; its graphics were already better than its contemporaries, and the world was so believable. From those first eight, optimistic, echoing notes, the mood became both exciting and slightly intimidating – exactly what you needed for a futuristic racing experience.

These formative boops gave way to a synthetic drum roll and straight into a pounding beat that stays throughout the body of the song, yet this heavy bass never interfered with the boopy doo-booby-dooby dooo of the tune. Sure, the future’s a bit grim, but you were still going to have fun.

It only takes 18 seconds for Body in Motion to give way to an altogether shriller synth, which mimics the friendlier opening bar, but adds a bit of fear – and it’s just as you started to navigate long, sweeping tunnels with occasionally sharp, intimidating bends. An industrialised sound effect faded in and out alongside it – it’s menacing, and perfect for the structure of Gare d’Europa in particular, as the sound effects in the song were easily mistaken as part of the circuit itself, not the music. It synchronised with the surroundings; it added so much more depth to the challenge; it’s like the race was designed around Wright’s composition, and not the other way around.

This perfect combination of music and visuals got me obsessed with the demo. I mean, I didn’t even play to win – not that I was any good at it anyway, owing to the fact my 11-year-old brain couldn’t get to grips with air brakes. Instead, I just enjoyed the experience; it was nice to occasionally nail the vertical left-turn hairpin, sure – and landing nicely off the final huge jump was another positive – but I was there to experience a pseudo-dystopian French metro system, and the music warped me there. 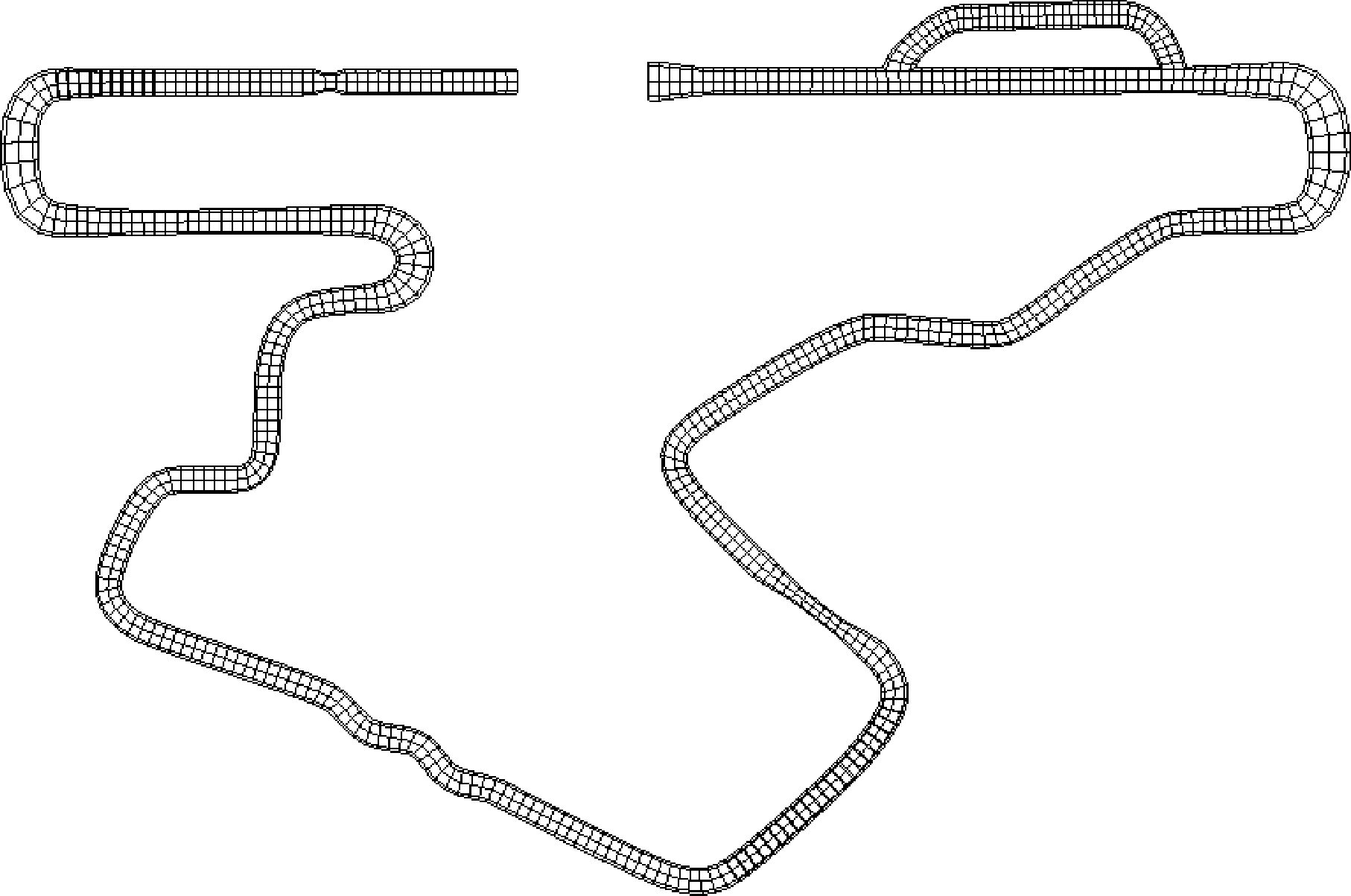 Back to the future

The Demo One recon, sadly, didn’t quite pay off. When we reached Newcastle, Wipeout 2097 was still full price – an outlandish £40, which couldn’t exactly be justified given I’d already been so lucky on Christmas Day. Yet while 2097 wasn’t far off Platinum status, its prequel, the altogether more difficult and less stylish Wipeout, was at the all-important £20 price point. We snapped it up.

CoLD SToRAGE’s music in this first outing for the series was still great for the genre – particularly Messij, which was an absolute banger – but the unfocused visuals, strange team colour schemes and an odd obsession with pilots (something they thankfully never revisited) didn’t quite match up to the best-laid plans of Psygnosis and the excellent Designers Republic. They, like me, would have to wait for a second crack of the whip to get the final, complete game they wanted.

In the end, for all its positives, my shiny copy of Wipeout continued to be spurned in favour of the Wipeout 2097 demo, which I played religiously. I’d have to wait a good few months before I could afford to get the full experience.

I still know the track off by heart – I run through it in my head all the time – and I’m still pretty average at it. Not that it matters, because whenever I play it, the first thing I do is pause the game, select Body in Motion, and relive a daily ritual that took place nearly 20 years ago. It’s my happy place.

Wipeout 2097 is now much better remembered for the instrumental of the Prodigy’s Firestarter, the Chemical Brothers’ Dust Up Beats, and the Future Sound of London’s We Have Explosive. But while these are excellent songs in their own right, and helped establish the Wipeout franchise as a heavyweight franchise, they never quite matched the bespoke, careful way that CoLD SToRAGE composed his tracks.

If you’ve got a few quid spare, you ought to invest in Wright’s Slipstream [Volume One]. It features the best of his work on Wipeout and 2097, and it’s remastered to make it sound better than ever before. But if you’re going to get the most out of it, buy Wipeout 2097 instead.

Homegrown talent made Wipeout 2097 the incredible game it was, but even with the input of the Designers Republic, it was still the work of one Welshman that ultimately perfected this game.