The music in TimeSplitters 2 was as incredibly good as the overall game, but its best track was only found by the eagle-eyed.

Well, songs don’t often get as jaunty as this one. The TimeSplitters 2 soundtrack was already eclectic enough without the ditty that accompanied this Snake-like minigame, but it just wasn’t complete without it. Anaconda helped cement the game’s comedic undertones by going to extreme levels of jollity, and it was the icing on the VGM cake in a cult classic that still only barely gets the credit it deserves, 15 years after its release. 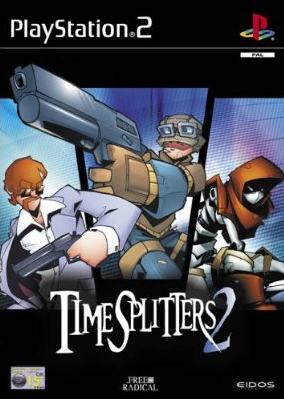 Graeme Norgate was tasked with creating the incredibly diverse soundtrack for TimeSplitters 2, which was pretty difficult given the game’s Quantum Leap-esque nature. In it, aliens were trying to take down humanity by destroying us at key points in history, and it was up to you to meet them where they spawned, halting their Terminator-style plan.

These destinations included futuristic NeoTokyo and 1990s Siberia, which between them had visual nods to Blade Runner, Akira and GoldenEye – quite the precedents to match, if you’re a composer. But the game also proved to be much more than that – a sprawling, incredible multiplayer experience which boasted countless single-player challenges, unlockables, and even the opportunity to build your own levels. As a result, the TimeSplitters 2 soundtrack ended up offering 45 assorted tracks, and you should really consider dropping £4 on it.

Your Anaconda does want some because you want fun, hun

As far as minigames go, Anaconda was given to gamers in the perfect way, and at the perfect time. Whatever difficulty you played on, you’d find it a little way into the first level (the aforementioned Siberia). Putting it into your portable computer, you’d lift its screen up and play it in-game. Because the aliens could wait, obviously. If you’re a fan but you missed the game, well, Leoplureodon has knocked up a nifty guide for you to have a go yourself:

Most people I knew at the time, myself included, owned a Nokia phone of some description. Snake or Snake II was the go-to time burner. But it was restricted to the screen’s lack of pixels, the processor’s lack of power, and the phone’s lack of memory. This meant you could only turn at right angles, enjoy precisely one sound effect, and abandon any game within two minutes because come on, Snake was dog shit and you know it.

But Anaconda allowed you to move at any angle you want, threw up multiple edible pellets at any time, and had the song Anaconda offering you a more chilled-out, futuristic alternative to Yakety Sax as you did it. It was more complex, more entertaining, and still had the same veneer of passive enjoyment between altogether more important tasks. You didn’t really boot up TimeSplitters 2 to play Anaconda, but you didn’t turn down the opportunity if it was presented to you – especially when the music was that good.

Let it be your fantasy

The masterpiece only lasted 1:32 before it went on an inevitable loop, but the repetition was seamless, and never got tiring. As a song, it occupied a similar purpose to Shuffle or Boogie, the music playing during the Triple Triad minigame in Final Fantasy VIII (and later, Final Fantasy XIV). At just over a minute long, that too was repeated ad infinitum as you broke up the occasional tedium of Squall and co’s various mishaps at the hands of Edea, Galbadia Garden and, later, Ultimecia. 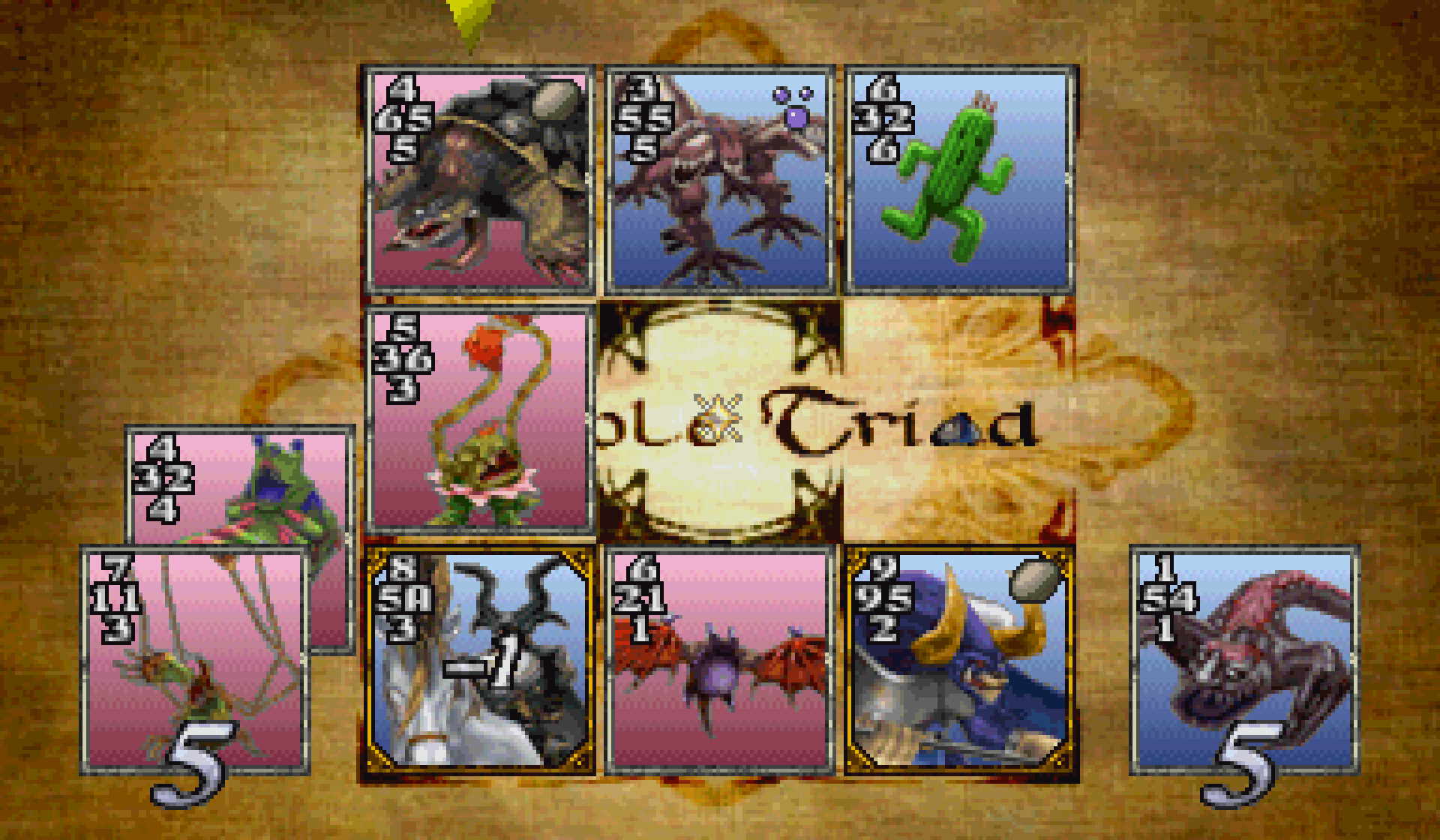 But even with TS2’s release in 2002, the idea of more “complete” game-within-game experience still seemed quite new. This was in spite of it coming three years after FFVIII’s card game, and 12 years after Janken became a firm fixture of Alex Kidd in the Enchanted Castle (having served as cornerstones in battles in previous games, including Alex Kidd in Shinobi World beforehand). But TS2, like FFVIII, emphasised its pride in this offshoot by giving it a good song to match. I’m sure Norgate didn’t intend for it to be an iconic track on the TimeSplitters 2 soundtrack, but full credit – Anaconda is more memorable, and singable, than the rest of the score.

A few years after the release of TS2, in summers between our years at university, my best mate Richard and I landed jobs for the council in our local town. We had to speak to every resident about the impending delivery of three new bins in the new, local-government-mandated recycling drive. These added the standard green bin which used to collect everything. I know, real edge-of-the-seat stuff.

There was the white bag for cardboard and tins; the blue box for bottles; and the brown bin for garden waste. The scheme wasn’t perfect, so naturally, plenty of residents complained. The whiners were usually found in the posher, more affluent areas – the number of times I was told by someone that they were right and I was wrong because they had a BA from Oxbridge was quite alarming – I mean, did they allow people from the north-east to go there? The jury’s still out.

Anyway, you needed a steel reserve to get through the day, and a good sense of humour. So when we were moving from place to place, Rich and I would not only crack on with jokes and stories, we’d also sing daft songs. Whether this was reciting the entire Mario Kart 64 soundtrack, or meowing the tune to Dad’s Army, we’d be in stitches. But the real go-to was Anaconda. It was funny, great to walk to in a ridiculous way, and it really pissed off the people we worked with, which was a truly gratifying experience.

It also led us to revisit the game one evening. While I had it on the PS2, Rich owned it on the GameCube – and naturally, with four in-built ports and a slew of controllers, it once again became a social hub of excitement, anger and frenzy. We’d not played it in the best part of two or three years, but it hadn’t aged. It was a truly sharp, wonderful shooter that had been partially forgotten in favour of newer games of the mid-to-late 2000s.

And this was all because of a stupid song in a stupid minigame that was remembered by two stupid boys. Surely, Free Radical owes Norgate a touch more in royalties for that outcome?

Many people argue that rival TS2 minigames AstroLander and RetroRacer were better games to play, but they didn’t deliver the overall experience that Anaconda did; the music combined so well with the gameplay that it has left an indelible mark on my memory. I can’t even remember the songs of the other two. I even listened to them earlier, and they didn’t stoke a single flame.

Anaconda would’ve been a semi-memorable game without the music. TimeSplitters 2 would have still been a classic without Anaconda. Yet here I am, talking about Anaconda, a silly song in a silly minigame that truly characterised the overall experience of this quintessential 2002 game.

Without Anaconda, I wouldn’t still be thinking of TimeSplitters 2, 15 years later, having not played it in ten. So good work, Norgate. Top job.

The daftest VGM is often the best, even if it doesn’t embody the overall game it’s part of. Anaconda is an earworm of a song that’s truly unforgettable once you’ve heard it – even more so than the rest of the incredible songs offered by the rest of the TimeSplitters 2 OST.