By James Dawson February 2021 No Comments

James Dawson fell in love with Worms on his Game Boy, but his enthusiasm for it soon attracted negative attention, as well as an insult still seared into his memory, two decades on.

Those were the words that a boy called Jonathan used to shout at me for about six months during my early years at high school. This was to suggest that I enjoyed playing the game Worms by Team17 so much – through its most primitive, Game Boy release – that I had to pleasure myself sexually. To be fair, I really did like it.

As a kid, I wasn’t really allowed to play games a lot. Given how my Amstrad CPC had hooked me, it became a pretty clear warning to my parents that if I could game, I would. I’d always shunned outdoor, sporty activities, despite my mum and dad being keen and highly skilled sports players in things like rugby and badminton. I’d always preferred indoor activities like Lego, books, or anything with a screen.

I loved the Amstrad but I knew the real action was on consoles. My mate had a Mega Drive, and there was a thrill in just turning it on and the game starting immediately – rather than navigating the code-based interface of the Amstrad CPC, and guessing whether the developers wanted you to type “RUN DISC” or “RUN DISK”, which was a pain in the arse.

Sadly, my parents weren’t going to get me a console. For one, it’d mean I’d either need a TV in my room or would hog the one in the family room; also, I really wouldn’t ever leave the house. There was a compromise, though: handheld gaming. 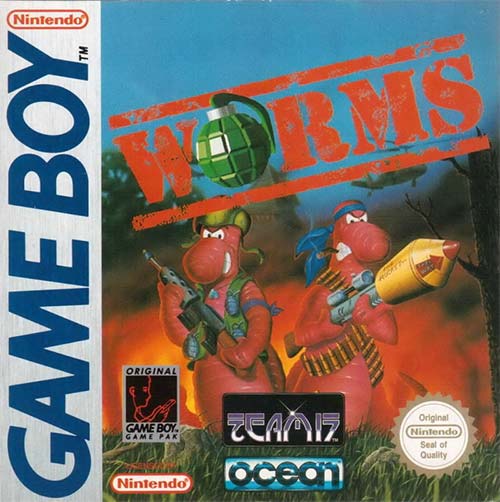 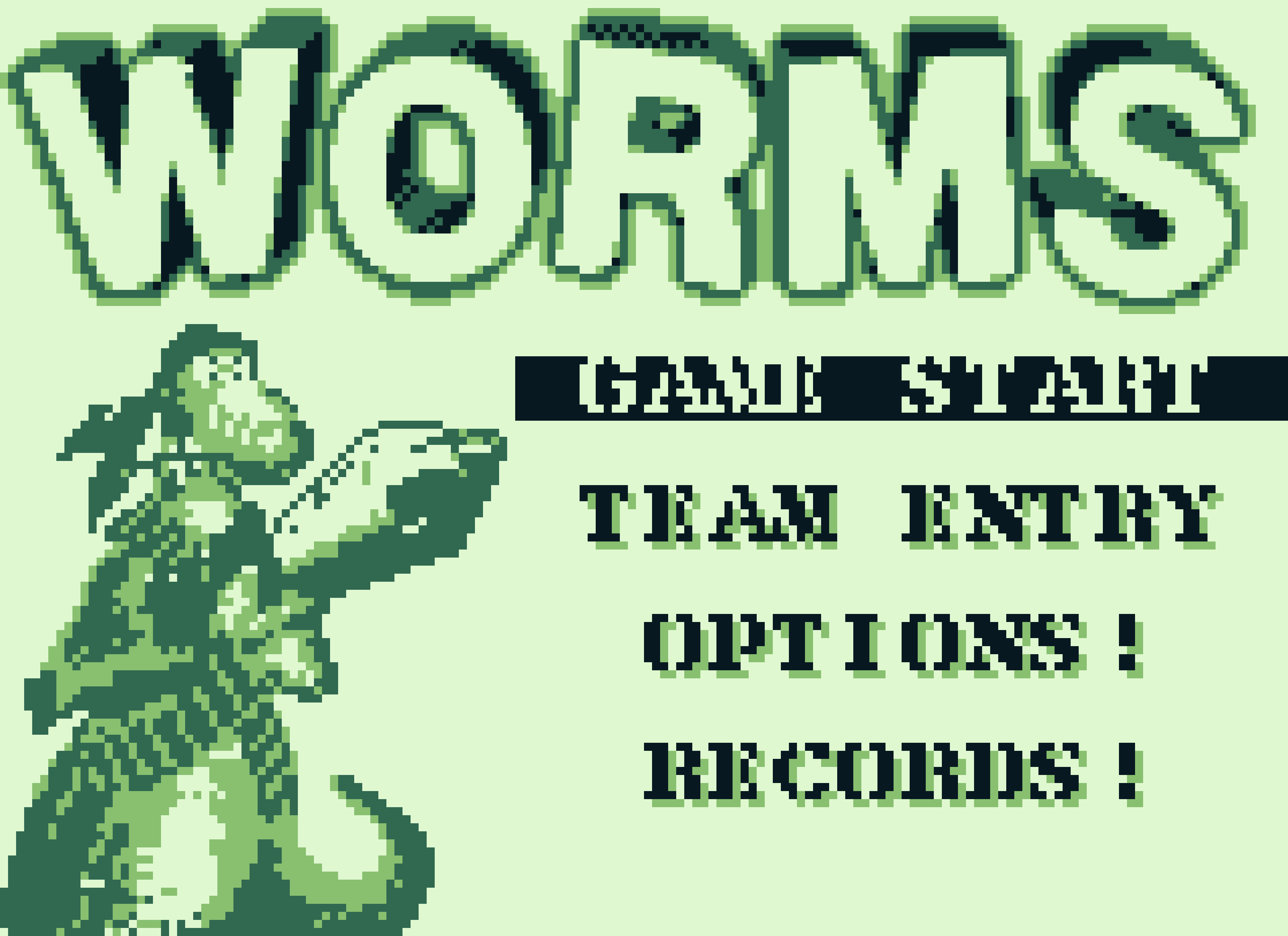 I vividly remember being in a game shop in York and my mum buying me a Game Boy. It came with Tetris (which my Mum got really into) and I bought Super Mario Land; I was delighted. We were also upsold on a carry case because this was a “toy” I could play with outside; it offered space for the Game Boy, a magnifier, and a light, plus elasticated spaces in the lid for 16 games. Soon, I’d filled every slot with two cartridges.

My mum and dad’s early worries about console addiction turned out to be warranted. I plowed through entire series like Kirby’s Dream Land, Pinball Land and Block Ball – sadly, I missed out on the limited Dream Land 2, despite seeing it on a holiday in Spain. I also cleared all the Mario Land games, plus epic adventures like The Legend of Zelda: Link’s Awakening and Mystic Quest.

However, one thing understandably missing from the Game Boy was a good multiplayer game. The short cable-link system was a bit shit, and I was in no way going to get another console, nor could I convince my parents to buy a second for my friends to play with.

But then, one day, they bought me Worms. 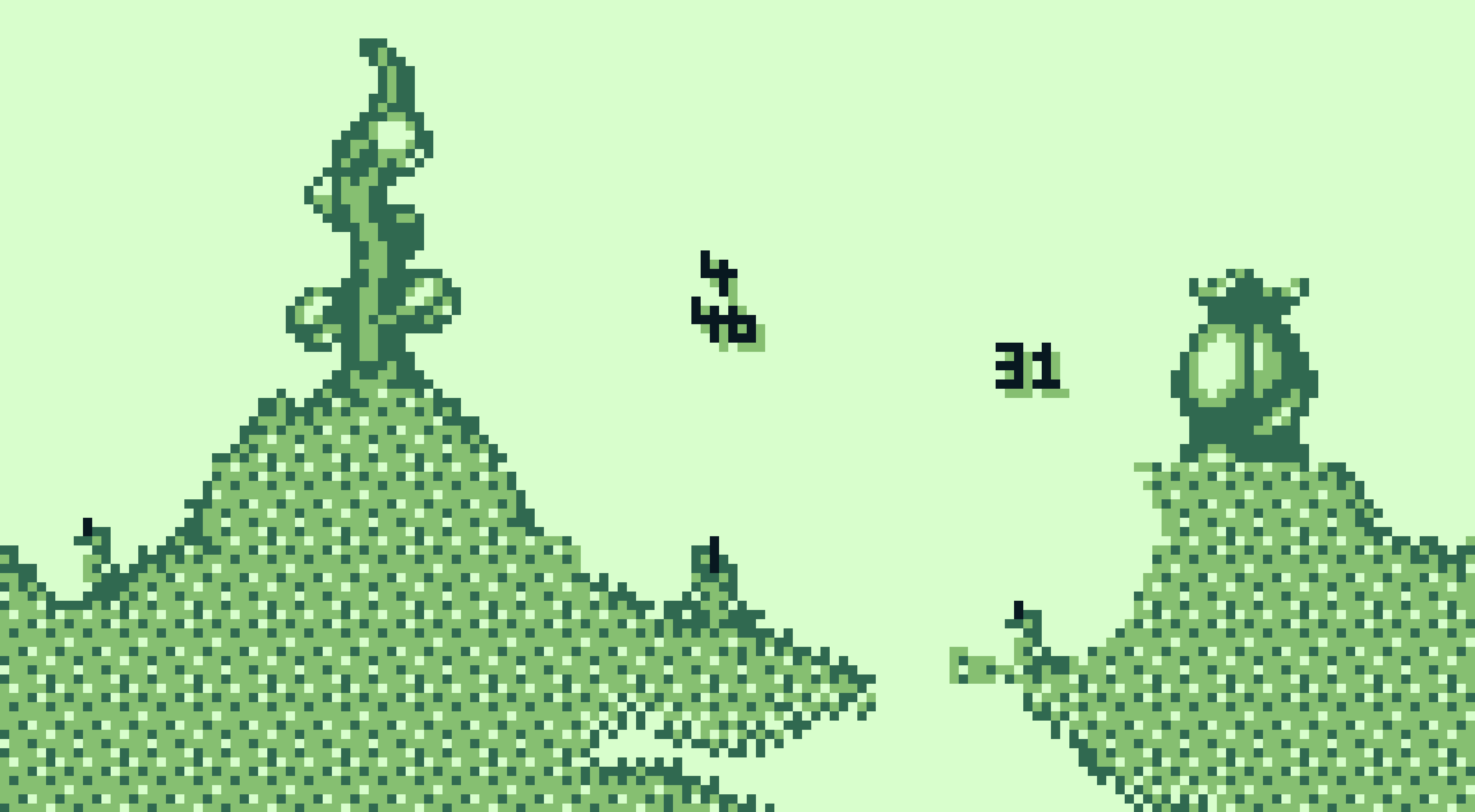 As I’d never played it on PC, Worms on the Game Boy (“wank wank wank!”) didn’t feel like a knock-off to me. The idea of blowing the shit out of three other teams in a 2D deathmatch arena was inspired, and the weird weapons and different ways you had to learn to use them were intriguing.

Early on, my initial tactics revolved around laying mines – or better still, a stick of dynamite – next to my opponents and legging it across the map, hoping to dodge the blast radius. However, I soon progressed to being able to thread a bazooka through the eye of a needle with grey-on-green, pixel-perfect accuracy, controlling the power gauge with the “A” button and choosing an optimal angle with the D-pad.

There were also the joys of Worms’ two-shot shotgun, the random spray of the uzi – which could be upgraded to an entire-team-killing minigun, if you found one in a crate – the easy-to-use airstrike, and a whole host of movement-based skills such as the tricky-to-master ninja rope and the crate-stealing, limited-use teleporter. On top of that, there was a remote-detonated sheep you could set off to run at your enemies. Great stuff. 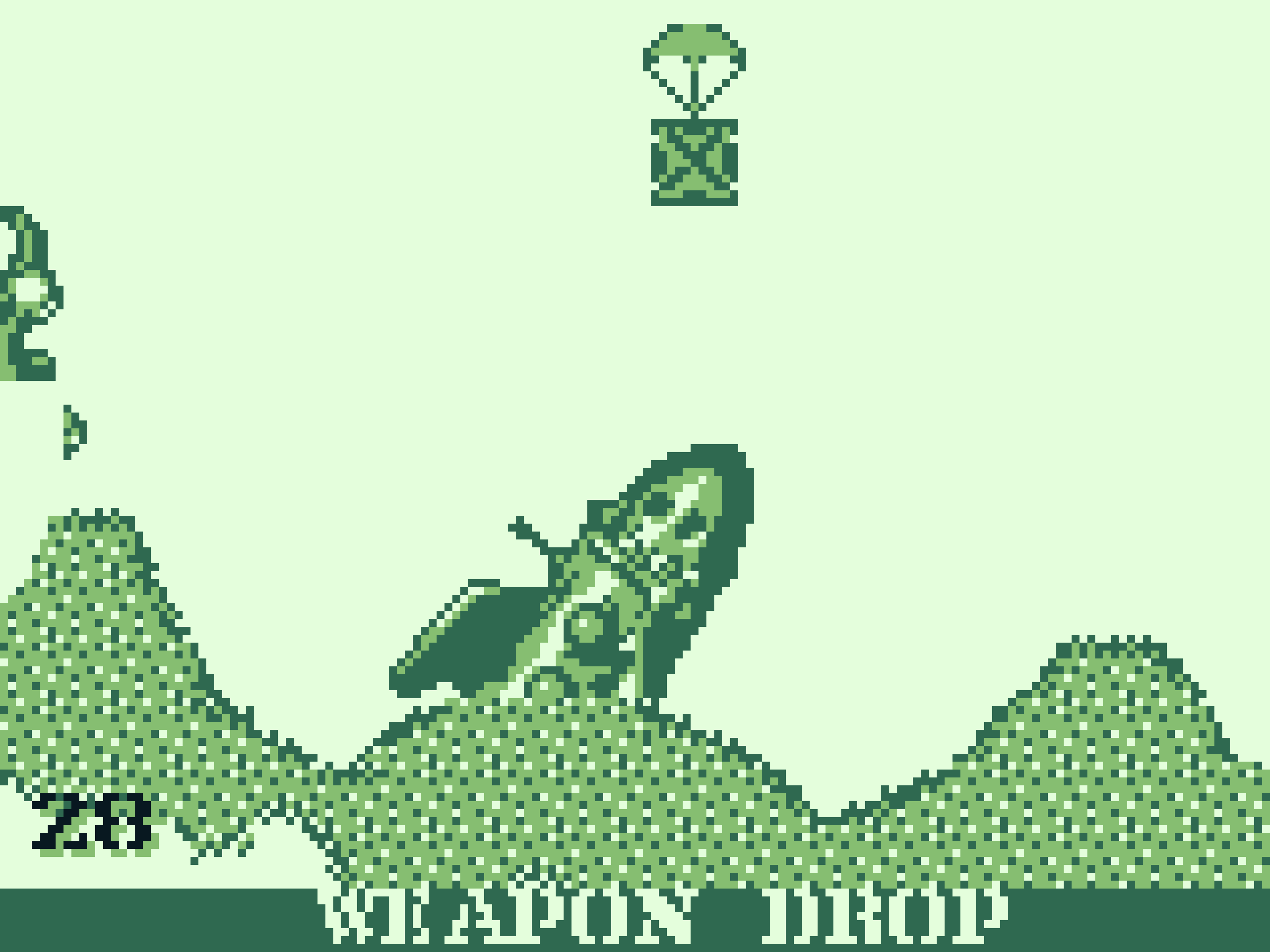 Variety is the spice of life

One thing that will always stick with me about Worms on the Game Boy was that it was the first game I’d ever played that was different every time you played it. Random generation blew my mind; granted, it meant some rounds were absolute stinkers, but the possibilities of play were, for the first time, endless.

You could also name your teams, which was eye-opening. I’d renamed Link to my own moniker in The Legend of Zelda: James’ Awakening, but the opportunity to rename entire teams of characters – even small, blocky ones – was a revelation.

I played as the Aliens team (Ripley, Newt, Vasquez and Bishop) and loved blowing up my childhood memories of Rainbow (Geoffrey, George, Bungle and Zippy) but I could also, after much scrolling up and down through the entire alphabet, name the team after my mates and kill every single one of them. Or kill them repeatedly, as was the case with one squad, where I named every member Jonathan or one of his nicknames. 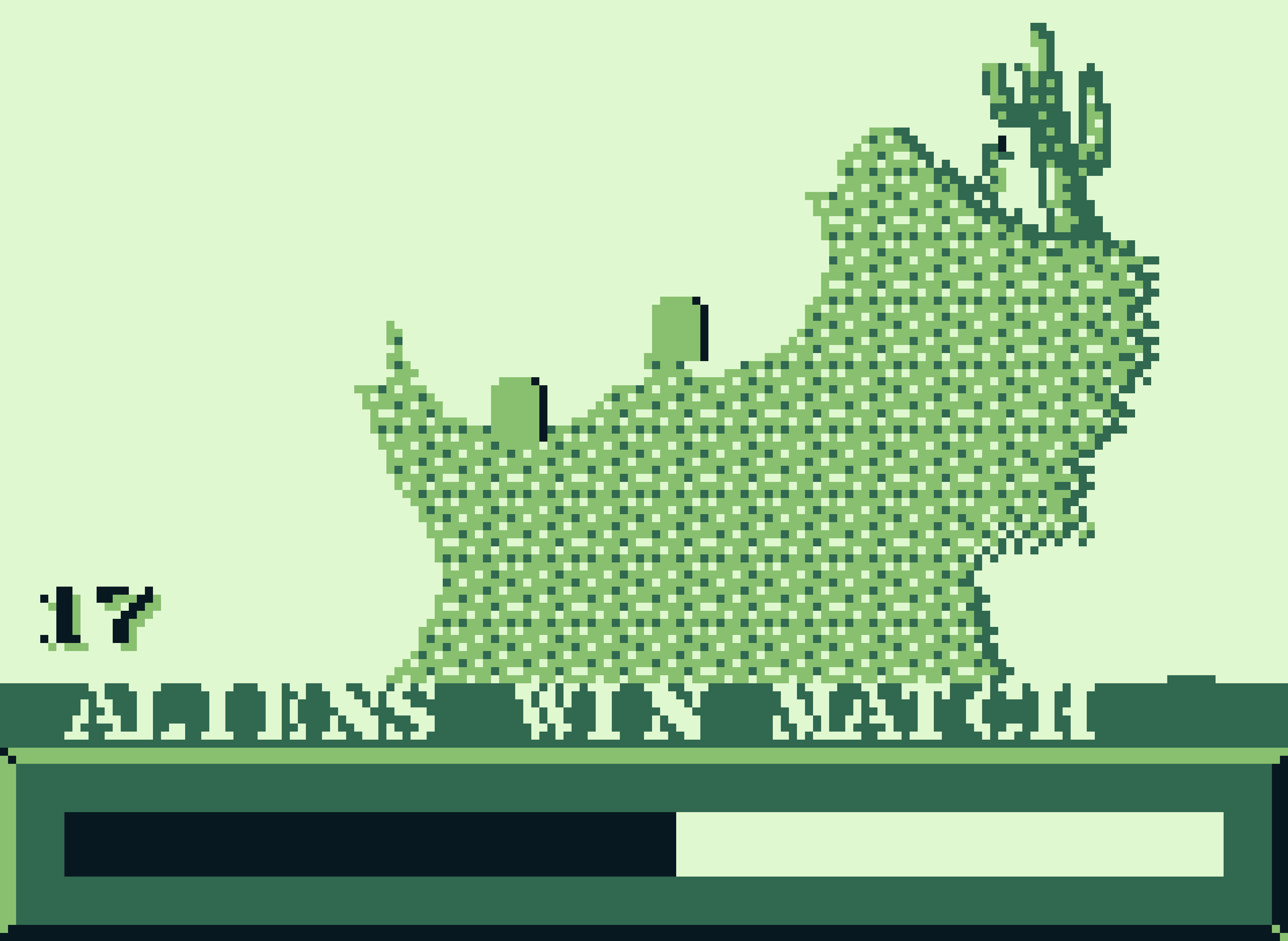 And so we return to Jonathan, who had an ingrained hatred of anyone expressing joy for something. I’d brought my Game Boy into high school brimming with excitement to see if anyone fancied playing me on it. It was shared fun on my very own console – and not being forced to use a friend’s second controller, which was inevitable third-party and had at least one sticky button.

To be fair, I was a bit too giddy and at that young age, I hadn’t quite got my enthusiasm buffers in place. I was probably too excited to show the game off and I know I talked about it too much; I talk about a lot of things too much. However, I didn’t expect that this passion would be met with Jonathan graphically miming self-gratification and shouting the name of the game I’d brought in.

From then on, without fail for the next six months – and sporadically over the following few years – expressing enthusiasm for anything within earshot of Jonathan would be met with “Worms on the Game Boy, wank wank wank”, silencing my joy over anything. I grew to ignore it, as did other people after the joke quickly went stale.

I’d blocked it out to such a degree that it was completely forgotten about until recently when scrolling through gaming Twitter. A thread asked which Game Boy games people always used to have on hand to play. After racking my brains, something from the deepest recesses of my id flickered, and I thought to myself “WORMS ON THE GAME BOY!” …and it was immediately followed by a sarcastic-sounding voice that said that same, four-letter word three times.

Jonathan now works on security for major online gambling companies and bears a scar where I stabbed him with a tent peg, but those are tales for another website. I’ve since experienced Worms on PCs with mouse cursors, Concrete Donkeys, and the glory of hearing death threats in a Brummie accent.

The Game Boy outing of Worms was a great idea executed brilliantly on an extremely limited platform – but it might not be worth getting too excited about.